The Bookworm: The Beatles and the gadfly

Everybody has a story to tell. It might start with a rough childhood, or an event that left a lifelong impression.

The Bookworm: The Beatles and the gadfly

“The Chick and the Dead: Life and Death Behind Mortuary Doors” author Carla Valentine.(Photo: Teri Pengilley)

“The Chick and the Dead: Life and Death Behind Mortuary Doors”

Everybody has a story to tell. It might start with a rough childhood, or an event that left a lifelong impression; an influential mentor, or a span of adult years and a change of heart. However that tale opens, there’s always more to it. In “The Chick and the Dead” by Carla Valentine, you’ll also see that every body has a story to tell, too. 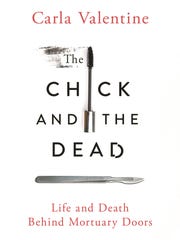 “The Chick and the Dead: Life and Death Behind Mortuary Doors” by Carla Valentine. (Photo: Submitted)

At a time when most little girls are thinking of becoming princesses someday, Carla Valentine knew she wanted to work in a mortuary.

It wasn’t because she was fascinated with the macabre -- although as a child, she did hold funerals for roadkill. No, she had witnessed the death of her beloved grandfather when she was small, and it led to questions that adults didn’t answer. A few years later, as the teenage babysitter for a U.K. mortician, she learned that the dead could offer the answers themselves.

Valentine tried to choose another career path, but not even college deterred her from working with the dead which, she decided, was a satisfying way to make a living. Mid-university, she found a part-time position in a mortuary and began studying to become an APT (assistant pathology technician) which, she explains, differs in responsibilities and legalities from that of many others who work in the death industry.

APTs in the United Kingdom are tasked with removing organs for donation, for instance. They assume some of the duties that North American funeral directors do, especially for the littlest bodies. They tend to work closer with families of the deceased, than with officers of the law.

The work of an APT is also nothing like it’s portrayed on TV.

There are no wriggly larvae on the floor of TV autopsy rooms. Pathologists on crime dramas wear minimal protective clothing, which can lead to unhappy circumstances in real life. Television crimes are solved in a neat hour, minus commercial time. And unlike all the King’s Men, an APT can put suicidal Humpty together again …

More: Sizzling summer reads: Toes in the sand, book in your hand

The very first thing you need to know about “The Chick and the Dead” is that it’s filled with Britticisms. That’s likely not going to cause problems with enjoying it, but it does bear mentioning.

The second thing you need to know is that this probably isn’t anything you want to read with lunch. Author Carla Valentine can tell a gruesome tale, complete with body fluids, unsavory bits, and unpleasant accidents, and she’s specific in her details.

Properly warned, you’re in for a good read: Valentine lets many of the questions you’ve had about various processes R.I.P., and she does it good-naturedly and with a touch of humor. Illustrative stories will help you to understand further, and she lends a personal touch to her book with both painful and poignant memories shared.

If you’re easy-queasy, beware. Without strong curiosity and a stronger stomach, you may not be able to handle what’s in here. Still, though it’s gutsy in the most literal sense, “The Chick and the Dead” is a great story told. 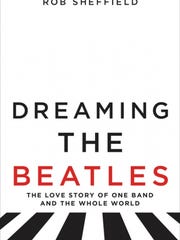 “Dreaming the Beatles: The Love Story of One Band and the Whole World” by Rob Sheffield (Photo: Submitted)

“Dreaming the Beatles: The Love Story of One Band and the Whole World”

There are places you remember. And things: the basement rec room in your parents’ house, where the family stereo sat. Your upstairs bedroom, and the portable turntable bought with babysitting money. The transistor radio on the beach, or at your part-time summer job. You hear a certain song, and they’re all practically in front of you, and in “Dreaming the Beatles” by Rob Sheffield, you’ll revisit them again.

No matter what age you are, says Sheffield , you know exactly who they are: John, Paul, George, and Ringo. Even today’s grade-schoolers know Beatles songs from half a century ago -- but why? What made those “lads” so special?

“It wasn’t their timing,” says Sheffield. “It wasn’t drugs. It wasn’t that they were the voice of a generation … yet the allure of the music keeps on growing, nearly 50 years after the band split.”

They were just four talented boys among thousands back then. John met Paul at a village fair. They interviewed George for the band. Ringo, almost a pro with his personalized drum kit, came along later. They meshed and became so close to one another that when John went on holiday with his wife, Cynthia, and son, Julian, he could do little but mope about how he missed his mates.

In light of how an album is made today, their work was astounding: their first album was recorded in one 13-hour day, the same day some of the lyrics were written; against popular wisdom of the times, their publisher allowed them to perform their own songs rather than covers of other tunes. Not long after, their touring schedule would be likewise brutal: the Beatles would play a half-hour in one tiny venue, then dash to the next joint to do it again in the same night.

They squabbled, compromised, and laughed, mourned losses and celebrated successes. They learned to “stop swearing and eating and drinking and belching onstage” and became pros who were sometimes annoyed by “the Scream.” In the end, they were so sick of one another, that none could wait to be rid of the rest.

And yet – they couldn’t completely let go …

Although it’s nearly-totally subjective and perhaps itching for argument, “Dreaming the Beatles” is a Fab Four fantasy for fans. Truly, it’s hard to imagine debating with anyone other than author and Rolling Stone columnist Rob Sheffield on this subject.

Sheffield writes with the patter of an AM-radio deejay, as he moves from album to band biography to musician profile in his reasoning for naming the Beatles as the best band ever. In leaving room for dissent and inviting discussion, that opinionated evidence offers enough memory-sparkers to take Boomers back a few decades, and plenty of insider gossip to satisfy younger readers.

So, argue and ponder, enjoy “Dreaming the Beatles,” but give yourself time to listen to the songs, too. You won’t be sorry, in any case: you know you love the music, and you may have read other books about the Beatles, but in your life, you’ll love this more.