The Bookworm: The Belle of this ball, finding Mr. Right, and the latest gig

In your lifetime, you’ve kissed a lot of frogs. Some of them, happily, were downright ribbeting.

The Bookworm: The Belle of this ball, finding Mr. Right, and the latest gig

And a look at the gig economy through a historical lense 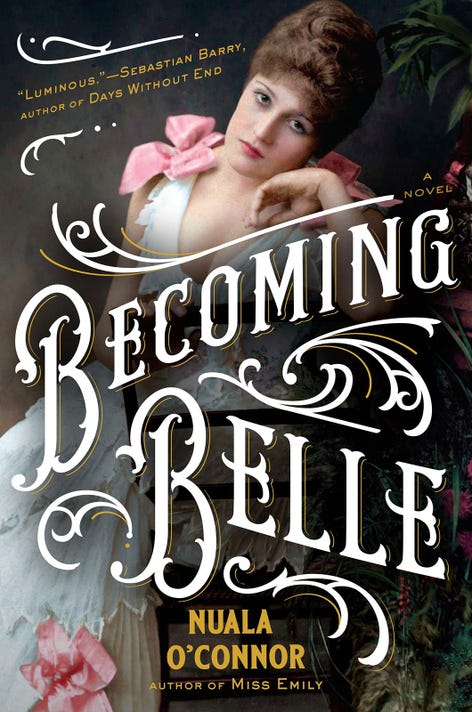 In your lifetime, you’ve kissed a lot of frogs. Some of them, happily, were downright ribbeting. Others made you a little jumpy. One or two made you green, ugh. And then one day, you reached into the pond and smiled and, as in the new book “Becoming Belle” by Nuala O’Connor, the kiss couldn’t come soon enough.

Isabel Bilton could never hope to please her mother. Mama was an actress and the high-born, cold demeanor she had onstage extended to her home and her daughters. As the eldest, it affected Isabel the most, but she was nonetheless a good daughter, caring for her sisters and managing the household while mama ran her lines.

Once, Isabel took mama’s place when mama was ill. She knew all the dialog and moves anyhow, and the audience applauded loudly. Mama insisted it would never happen again, but the damage was done and Isabel began dreaming of a life on-stage.

As soon as she could, she left home and moved to London, where she landed a high-paying song-and-dance position almost immediately. It was 1887 and that was not a job for a lady, but Isabel loved performing and her audience loved her. She was beautiful, talented, and craved the spotlight and when her sister, Flo, joined Isabel in London, their sister act was a smash hit. Isabel became Belle – the Belle of London. 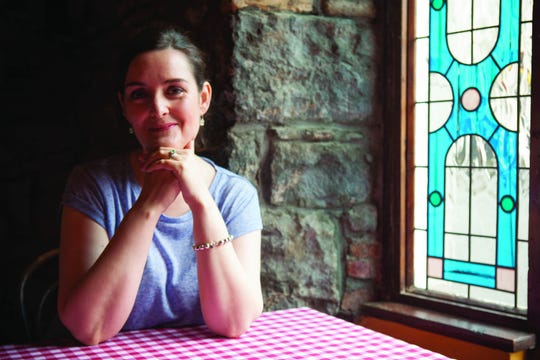 But as talented as Isabel was, she was equally naïve. A rogue in a suit seduced her with a tale of wealth and travel and then he left her – broke, ashamed, and “enceinte.” Hiding her predicament, she coquettishly found another man who was besotted with her but she didn’t love him and besides, he also loved other men.

Then, some months after giving birth, Isabel met William Le Poer Trench, Viscount Dunlo, at a local club and that was that. William was the perfect man, tall, solid, just slightly younger than she. He was an elder son, in line to inherit an estate and a title, and he passionately adored her.

“Becoming Belle” is one of those books that keeps your eyes wide throughout.

And, says author Nuala O’Connor, it’s based on a true story.

Oddly enough, reality enhances the appeal of this book; knowing its authenticity allows forgiveness for the pace. In the end, don’t hurry through it and you might find elegance, gentility, and scandal – making “Becoming Belle” a book you could leap for.

You’ve waited all your life for your prince to come. He’d be tall and handsome, smart and kind, with a smile only for you. Or maybe he’d just be an ordinary guy with a messy life who loved you fiercely. Either way, your prince would come … or maybe, as in “The Husband Hunters” by Anne de Courcy, you just went out and found him yourself.

For good reason, they called it “The Gilded Age”: from roughly 1870 to 1914, everything was golden. Wealth increased, mansions were constructed seemingly by the dozens, it was easy to travel to France or England on a whim, and life was good – but only if you were a member of the highest echelon of society.

Few people were: just four hundred, according to Caroline Astor, who ultimately decided if someone was one of “the best people.” Even if your family was wealthy, even if papa was a successful merchant, if you weren’t born with the right surname, you weren’t on Mrs. Astor’s “list.”

And if you weren’t on Mrs. Astor’s list, you were basically nobody.

For 474 Gilded-Age “girls” born outside Mrs. Astor’s “circle,” that was unacceptable. Instead, they traveled to Europe, charmingly finagled an introduction to a man with a title, and got married, thus becoming duchesses, marchionesses or ladies, none of which Mrs. Astor could ignore. Short of being born with a proverbial silver spoon in one’s mouth, it was the surest way to gain entrance into society.

The problem was that many of those young American women wanted to live their own lives and pick their own husbands, but their mothers insisted on so-called “husband hunting.” In those cases, Mama was the real recipient of high-society benefits at home; meanwhile, the hapless daughters often received “a rude shock” to learn how different their new lives were: American women, as it turned out, enjoyed day-to-day freedoms and better rights. British wives then were more like possessions.

That’s a surprisingly sobering thing to remember as you’re reading “The Husband Hunters” – and it’s a surprise to learn that our three-times-Great Grandmothers had such chutzpah. Who knew?

Author Anne de Courcy did, and in this lively book, she writes generally of the Gilded Age in splendor and squalor, and specifically of a handful of heiresses who married well, sometimes rather unwillingly. Part of the overall story is about the kind of pure snobbery that readers may liken to that of modern-day Mean Girls and those who do anything to curry favor with them; another facet is the chasm between Haves and Have Nots. While those subjects all sound dreadful, even depressing, what you’ll find instead, like any good fairy tale, turns out mostly Happily Ever After.

There are exceptions to that, of course. More than one will have you fist-pumping.

Historians, of course, will enjoy this book but with its tidbits and truth, it should also intrigue feminist readers and those who love a good tale. If that’s you, then “The Husband Hunters” is worth bagging.

More: The Bookworm: A medical mystery and a doggy whodunit

“Gigged: The End of the Job and The Future of Work”

Your allowance was never enough, as a kid. Oh, sure, it bought you what you needed but what you wanted, well, you had to figure that out yourself. A dime here, a dollar there, little chores-for-pay, tasks for grandma and you made it work. And as you’ll see in the new book, “Gigged” by Sarah Kessler, some things never change.

Back in 2011, when she was a reporter for a tech blog, Sarah Kessler became aware of a new start-up that utilized non-traditional workers in non-traditional ways. It was called Uber, and its business concept seemed unusual; having grown up in rural Wisconsin, Kessler had no frame of reference, and she paid it little heed. 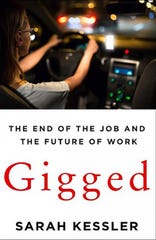 "Gigged: The End of the Job and The Future of Work" by Sarah Kessler. (Photo: St. Martin’s Press)

Eventually, though, she began to see that the model Uber was using – modified in so many ways – was being used for a lot of start-ups and could, potentially, benefit a lot of people. Was this gig economy really the way of the future?

It had been around awhile: in the early 1970s, Kelly Girls were available for temp work; becoming a Kelly Girl was advertised as a way to pay for life’s extras. But, no surprise, research showed then – as it does now – that temp working and gig economy jobs are taken more as a way to make ends meet.

Intrigued, Kessler began following a few people who paid the bills with a string of non-traditional jobs they took for a variety of reasons: not fitting into a 9-to-5, not enough education, desiring entrepreneurship, not enough local opportunities. The people that Kessler profiled were young and tech-savvy (or learning) but not so mobile. Their backgrounds varied, as did their races; in other words, they fit in with the average gig worker, the numbers of which “grew 47-fold between 2012 and 2015.”

While gig-working did, indeed, pay the bills for Kessler’s subjects, she also learned that it was not all good. Yes, there was “independence, flexibility, and freedom” but at what price? For workers, it offered often-low pay, few-to-no benefits, and no safety net. For employers, it saved money, but the hassles were daunting and “churn” could churn one’s stomach ...

So is this “what the future might look like,” as author Sarah Kessler says?  In “Gigged,” she offers some tantalizing clues and more than one caveat.

For anyone who’s stuffed envelopes for pennies or wondered if there’s real cash to be made gigging, this book sets it straight: Kessler’s subjects made money but it was hard, hard work and none of them are still gig-economy workers. Recommendations are sparse. That says a lot.

For business owners, it’s more complicated: temp workers and small tasks seem to go hand-in-hand, but Kessler outlines many laws and rules that might make your head rotate like a spin mop. And, as it appears, further legislation is coming…

Readers would be correct in assuming that we haven’t heard the final word on this subject. Change occurs frequently. In the meantime, “Gigged” is interesting, informative, and timely - and until the dust has settled, that’ll have to be enough.

More: The Bookworm: Life is a highway and these journeys haves some twists, turns