‘Watts for Dinner’: SWFL has a taste for Mel’s Diner

With five Southwest Florida locations, Mel’s Diner has proven that paradise has a taste for what this restaurant is offering.

‘Watts for Dinner’: SWFL has a taste for Mel’s Diner 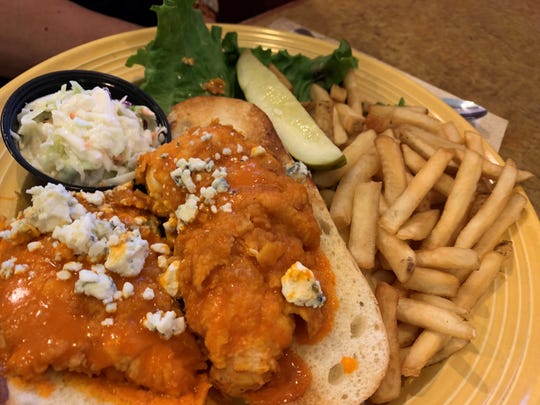 With five Southwest Florida locations, Mel’s Diner has proven that paradise has a taste for what this restaurant is offering. For purposes of this review, we were dining at Mel’s South, aka, Golden Gate.

Never ones to follow the rules, for our appetizer we picked the buffalo chicken from the gourmet personal pizzas list ($7.99). The plate-sized pizza featured grilled chicken, buffalo sauce, red onions, chopped tomatoes and blue cheese crumbles with a drizzle of ranch dressing.

First, don’t come here expecting a New York slice. Or does that go without saying? On the opposite end of the spectrum, don’t expect Little Cesar’s or Pizza Hut either. 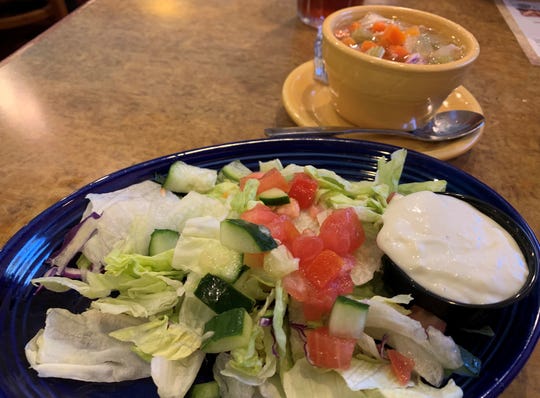 A salad, foreground, and cup of chicken soup from Mel's Diner, Golden Gate.  (Photo: Will Watts/Correspondent)

So, what should you expect? Something akin to what you’d make at home, if you’re a decent cook. The crust was chewy and not thin or too thick either; much like a standard store-bought crust. The chicken was plentiful and the buffalo sauce perhaps a little bit over abundant. I liked the onions, my partner in dine felt that they were a bit intrusive.

For my main entrée, I picked the Mel’s black angus meatloaf ($11.59) from the original golden oldies section of the menu. The dish comes with soup, salad and your choice of side. I chose the chicken soup, blue cheese dressing for my salad and mashed potatoes for my side.

More: Food Finds: This healthy dessert will ‘bowl’ you over

The cup of soup was perhaps my favorite item for this outing. Featuring carrots, potato and celery and a light touch on the noodles, this was a satisfying cup. It only needed a pinch more salt, which I was happy to add.

The salad was neither extra special or bad in any way. But it was unique to have both the soup and salad, instead of having to pick between them.

The meatloaf could have easily passed for Salisbury steak, and if you’re wondering, that’s neither a compliment or a dig; just a fact. The potatoes were the perfect comfort food you’d expect.

I do have one complaint. Too much beef gravy for my tastes. I would order it on the side or hold it. Unless you want a tablespoon with every bite. And there’s obviously folks out there who do; and I’m not here to judge; just inform.

My partner in dine went the sandwich route, ordering the buffalo chicken ($8.99). The boneless chicken is tossed in sauce and served with blue cheese crumbles and dressing on a toasted garlic hoagie. It comes with a side of fries. 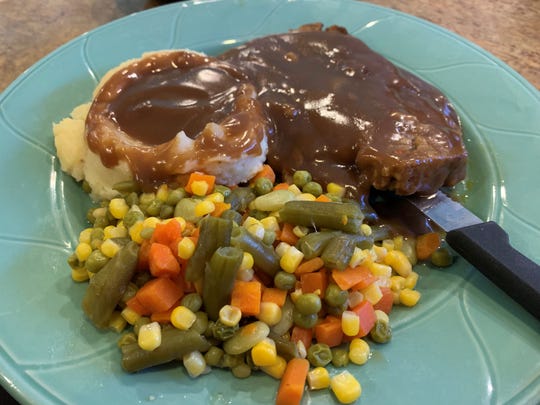 I’m guessing he liked the pizza, since his entire meal was buffalo-centric. And while his plate was cleaned, I had much to take home. I offered him the soup or salad (I’m not a monster) but he refused.

The menu at Mel’s Diner has all your old timey favorites and a touch of modern. And if you live in Southwest Florida, you’re probably 15 minutes away from one or more locations (give or take 45 minutes in season).

More: ‘Watts for Dinner’: Davide is to dinner what Versace is to fashion