Bookworm: Why things go wrong in a medical setting

You felt wonderful. Never better. In the peak of health, fit as a fiddle – until you weren't. Then you were achy, miserable, feverish, nauseous.

Bookworm: Why things go wrong in a medical setting

Looking for something entirely different, ‘Rust’ a strong contender 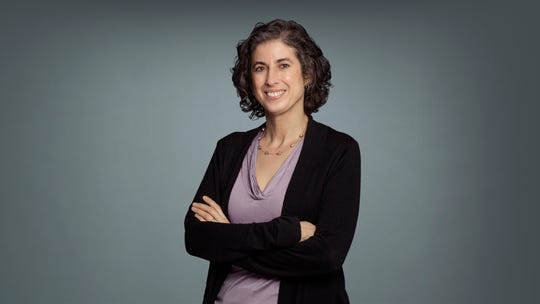 "When We Do Harm: A Doctor Confronts Medical Error"

You felt wonderful. Never better. In the peak of health, fit as a fiddle – until you weren't. Then you were achy, miserable, feverish, nauseous. Blame a virus, but is that the case? Or, as in the new book "When We Do Harm" by Danielle Ofri, is modern medicine the culprit?

In 1999, the Institute of Medicine released a shocking report claiming that up to 98,000 patients die each year in the U.S. from medical errors. Wondering if that's high, low, or spot-on, Ofri, a physician at New York's Bellevue Hospital, decided to "get to the bottom of this." 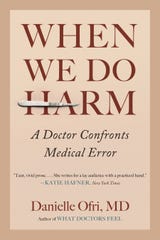 "When We Do Harm: A Doctor Confronts Medical Error" by Danielle Ofri, M.D.  (Photo: Beacon Press)

To begin: how do mistakes happen in the first place?

"Sicker patients have many more treatments ... than the average person," she says, and "the sheer number of moving parts ... nearly guarantees that there'll be at least one thing ... that doesn't go as planned."

Electronic medical record-keeping can be a reason for mistakes. If medical personnel are not given ample time to think, simple human error can cause missteps. Being too careful and experiencing alarm fatigue can both be surprisingly large problems. Diagnostic tests can give wrong answers or yield too much information; short-staffing can be a big issue; and racism happens, even if someone has no outward bias.

But, there's good news: nurses are empowered now more than ever before, as are patients. Instituting checklists has also helped in many places, such as operating rooms. Interns and residents are no longer required to work long hours with no sleep, and medical knowledge gets better every day.

So, what can the average patient do to lessen the chances of being on the wrong side of an error? Pay attention to your nurses, says Ofri; they are front-line personnel. Know your medical history. Demand your doctor's undivided attention at medical appointments and know what questions to ask. Bring someone with you, if you can. And look overseas at Denmark – they have one key thing figured out.

Admit it: at some time in the past weeks, the thought of illness has entered your mind a time or two. This book will give you a lot more to think about.

Don't think that "When We Do Harm" is a lot of blame-passing, though. By considering all possibilities and holding a mistake of her own up for examination and castigation throughout this book, author Danielle Ofri offers not excuses but reasons for why things go wrong in a medical setting, which could help medically-minded readers to feel better and do better. Don't rest, either: later chapters dive back into reality by discussing the elephant in the room, which is the possibility of malpractice lawsuits. These two sides balance this book nicely, even before further underscoring drives home the points Ofri makes as she shares two major, dry-mouthed and heartbreaking story-arcs that are illustrative, impactful, relevant, and downright painful.

More: Bookworm: Hunker down with these new reads for Spring 2020

Not just for medical personnel, "When We Do Harm" is accessible for anyone who is or has ever been a patient. It's neutral, thoughtful, insightful, it reads like a thriller that's narrated, and that's pretty wonderful.

"Rust: A Memoir of Steel and Grit"

Strong as an ox. That's you: a regular superhero, able to perform tall tasks in a single bound, powerful in both mind and body. Like a rock. Concrete. Granite. You're like an I-beam holding up a 20-story building, unbending in the wind. Until, as in the new memoir, "Rust" by Eliese Colette Goldbach, everything buckles and busts.

More: Bookworm: ‘Tombstone’ for the history buff or fan of the Old West

At nine years old, she wanted to be a nun. Her Catholic faith strong and unwavering, Eliese Colette Goldbach searched for a sign that her childlike mind could interpret as positive. Later, she harbored the dream as she sought higher education at a Catholic college, but rape and a mental illness completely altered her path and her life. By almost thirty years old, she was broke and tired of a mouse-infested apartment, shabby furniture, and a junk car, so when she heard that the steel mill in her hometown of Cleveland was hiring, she applied. 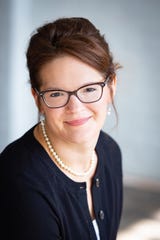 To her surprise, she got a job.

She'd always been curious about how everything worked, and there was a lot to learn inside the factory of which she'd grown up in the shadow. It started with the language of the place, where all new employees were Orange Hats and where calling a golf cart anything, but a "buggy" got one ridiculed. It progressed through an assignment at the plant that everybody referred to as the "Country Club," to a shift in the dangerous department called "Hot Dip" and back. It allowed Goldbach to buy a new car and new furniture, and to rent a better apartment, but the swing shifts exacerbated her illness and she grew to hate the person she was when she got off work. That messed with a relationship that she thought was secure.

And yet, the job taught her that she was strong as the steel she helped make, so was Cleveland, and so were the folks Goldbach worked with. Steel might not be the sexiest product ever made but, like people, it holds up under pressure.

Your days are all cattywampas, as is your reading. You want a business book, or maybe a memoir, or maybe something health-related. You get all three inside "Rust." 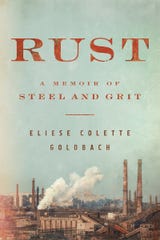 On the business side, author Eliese Colette Goldbach gives readers an insider's look at steel-making – not only the actual product, but what it's like on the factory floor and in the break rooms. This includes joys and frustrations and giving readers a fly-on-the-wall feeling is eye-opening, as well as instructive. Goldbach also offers insight to Rust Belt politics and why the last election turned out as it did, in words and sentiments that lap at vivid passages describing what it's like to live with bi-polar disorder while under pressure at a new job. If you think reading about standing over a silo of 850-degree molten metal is hair-raising, yeah, keep going...

This is a dusty book, a story like iron, it's not always nice but it's perfect. If you're looking for something entirely different this week, "Rust" should be a strong contender.