‘Watts for Dinner’ Road Trip Edition: A brief respite on the other coast

This might sound crazy, but it shows just how much of a foodie I am. It has been ages since I ventured over to the other coast.

‘Watts for Dinner’ Road Trip Edition: A brief respite on the other coast 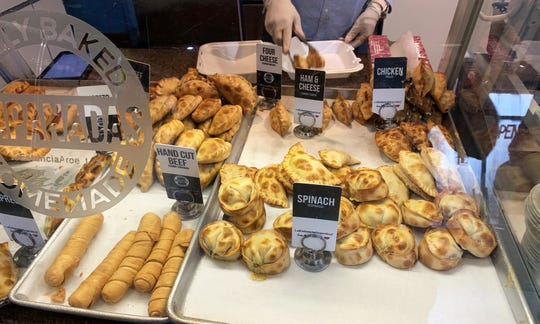 This might sound crazy, but it shows just how much of a foodie I am. It has been ages since I ventured over to the other coast – meaning Miami. And I just love the food over there. Obviously, I love the food here too! But there’s just some things …

While I typically don’t write about these trips, I decided some of you may be curious as to the state of things on the other side. And what where those food choices that literally drove me there.

I decided to spend the night, since I could get more food that way. We pre-booked a cheap room in Aventura, at a Marriott Aloft. Imagine our surprise when we arrived and found it was closed. A sign on the door directed us to the AC Hotel (also a Marriott property) across the street. Free upgrade! 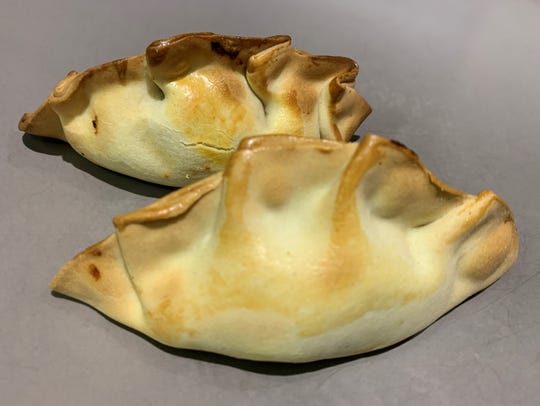 From check-in to room, I only saw one hotel employee. The pool and the gym were closed, and we only saw a handful of guests during our time there.

More: ‘Watts for Dinner’ the Takeout Edition: Hoot’s is back with breakfast and lunch

Turning on the news, I saw a protest occurring in downtown Miami, so I knew sightseeing was out. And we decided there’d be no shopping either. Just food! 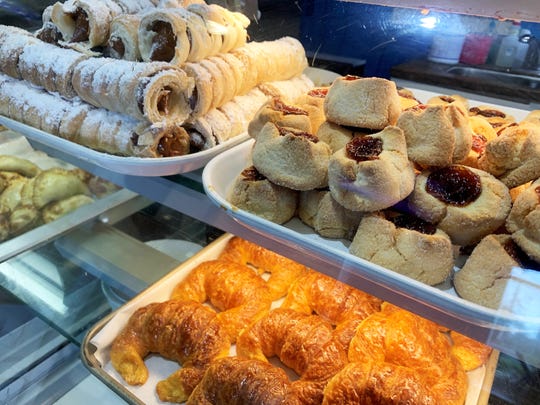 We typically order at 14th Street, but on this day, it was closed; so, we headed just a few miles down the road to Biscayne Boulevard.

La Estancia Argentina is a unique Argentinean bistro-style restaurant “where every dish has been designed according to a classic Southern heritage.”

You will find everything you need for an authentic Argentinean barbecue: fresh meats, cut the way you like it; house made chimichurri; bread; gourmet cheeses, sandwiches, dried goods from Argentinean; and a vast selection of wines. There’s also an amazing bakery with homemade sweets and pastries. There is also a full list of prepared entrees and desserts.

If you try nothing else, pick up some empanadas. La Estancia Argentina has beef, chicken, ham and cheese, spinach and cheese and four cheese; just to name a few.

The chicken empanadas will immediately transport you to Buenos Aires in just one bite!

Empanadas date back to Portugal and the northwest region of Spain (Galicia). They are said to have been influenced by the Indian meat pies called Samosas, since the first empanadas started appearing around the time of the establishment of trade routes to India.

The dough for Argentinian empanadas is often made with wheat flour and lard. They are typically spiced with cumin and paprika. It is not unusual, especially in the beef, to find onions, olives, peppers and sometimes raisins in the filling.

If you are ever in Miami, give them a try. Although when we were there it was carryout only, the easing restrictions will have dining rooms back soon.

Our other stop in Miami was Sushi Siam. They have locations in Brickell, Aventura Mall, Key Biscayne, and Morningside. We typically favor the Morningside location, but on this day, it was closed, with a sign pointing us toward their North Bay Village restaurant.

We ate at Siam both days and took a couple of dishes each home with us. So, a wide assortment you’d image? They do have a full menu of Japanese and Thai food (and sushi), but we don’t get here often; so, all our dishes were the same thing, our favorite: spicy chicken.

The spicy chicken from Sushi Siam, Miami. (Photo: Will Watts/Correspondent)

The dish features grade A all-white meat chicken, sautéed in their spicy sauce and features bamboo shoots, hot chili, gigantic mushrooms and bell peppers and is served with white rice. We just haven’t found this dish in the Naples area. And it’s as addictive as a drug. You won’t be disappointed.

This is just a couple of the many mazing food adventures just a few miles away. In different times, I would venture over about once a month. But the “new normal” has changed everything. At least for now.

Stay safe and happy eating. And yes, I wore a mask the whole time. So, if you see me, you don’t have to run. But don’t get too close either.

More: Best of May: The top things we ate in SWFL