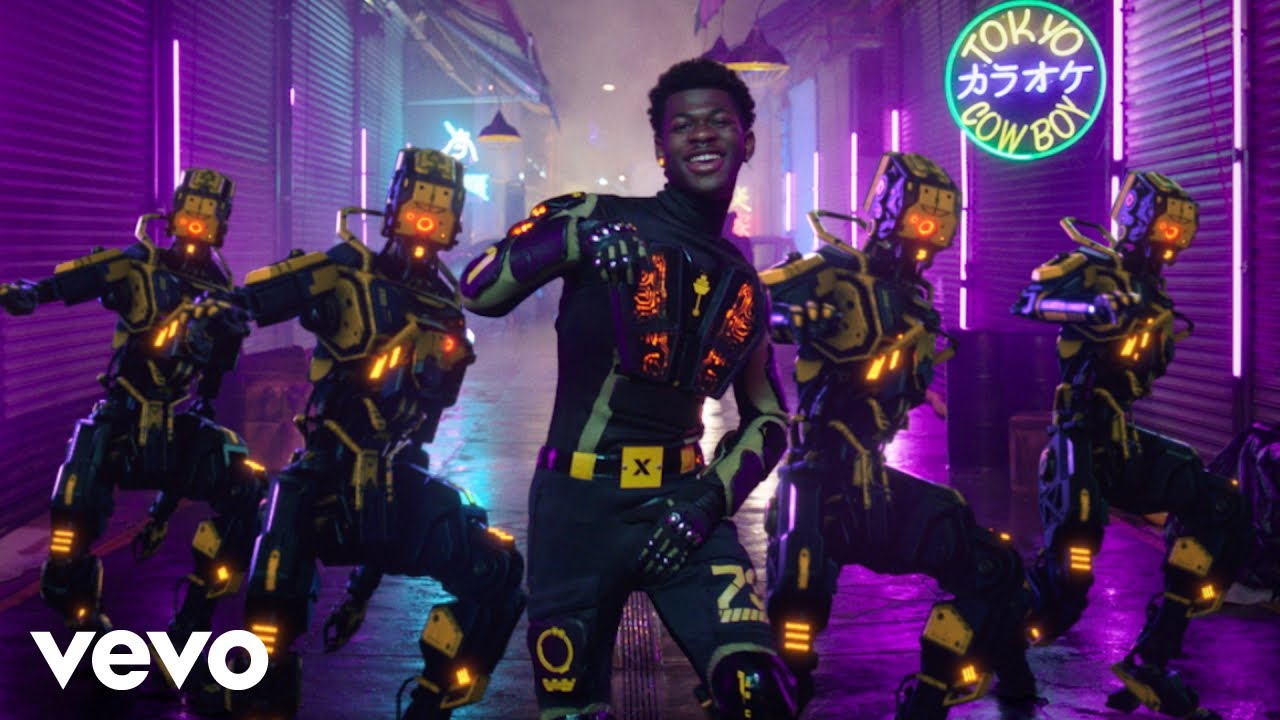 It might seem like Lil Nas X is everywhere with his record-breaking "Old Town Road" with Billy Ray Cyrus, which became the longest-running No. 1 hit in the history of the Billboard Hot 100 chart last month.

The rapper is everywhere in the new video, which pays homage to "Minority Report" (with a healthy dose of "Blade Runner") for its consumer-obsessed look of future civilization.

The protagonist (actress Skai Jackson) cannot get away from the virtual army of Lil Nas Xs in the video directed by Mike Diva.

Lil Nas X is in the sky as smiling, futuristic billboards selling Fiats and Beats by Dre. She moves on. He appears hologram-style on the street, and then again in every window of her escaping, self-driving Uber. (It works!) Then he's dancing with a posse of robots.

Even as our heroine flees to an overseas-bound airplane, Lil Nas X appears in full "Twilight Zone" wing-singing style. And he's on the in-flight seat screen. WTF, for sure.

She can't even jump out of the plane to escape because Lil Nas X flies down with Iron Man's rocket boots.

But there is contentment at last when Lil Nas X turns an ad-filled skyline into artificially beautiful bonsai trees.

So what does it all mean? Lil Nas X gave his own view on Twitter.

He wrote: "For the panini music video i wanted to exhibit the array of incredible faults we’ve ascertained aligning to the proximity from the personification of redundant axioms, presupposed upon tautological repetitions that have enhanced our paradoxical paradigms via redundant innovations."

You were just going to say that, weren't you?