Wine: Trefethen Double T a must

It has a hint of Malbec and a backbone of cabernet

Wine: Trefethen Double T a must 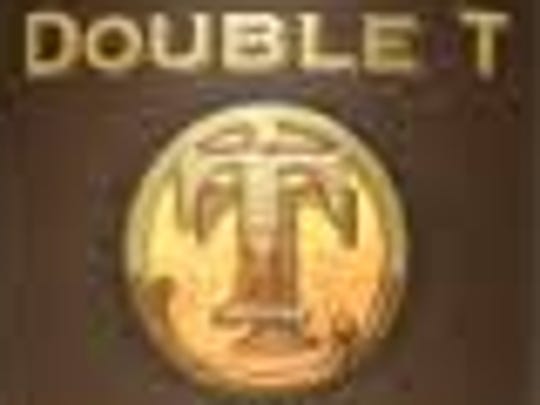 The Double T has floral as well as peppery perfumes. (Photo: Special to the Sun Times)

It is also a nod to the generations of T's who have helped them build the vineyard and winery.

The 2012 Double T from Napa is no different, and is simply a very good wine. I have a 12-year relationship with this winery and they seem to always hit the right mark.

Trefethen winery was constructed in 1886 by a Scottish sea captain, Hamden McIntyre; the winery was originally Eshcol. McIntyre designed it as a gravity-flow system: a horse-drawn affair which brought grapes to the third floor of the three-story structure for crushing: gravity carried the juice to the second floor for fermenting: and, eventually, the wine descended to the first floor for aging.

Eshcol was among a number of wineries McIntyre designed during the period; the others were Greystone (now The Culinary Institute of America), Far Niente and Inglenook.

During the last quarter of the 19th Century, Napa Valley was a thriving viticultural community with nearly 140 wineries. However, in the late 1890s, phylloxera, a root louse that destroys grapevines, brought wine production in Napa to a crashing halt.

Growers soon recovered with re-planted vines, but in 1920, Prohibition arrived, driving a stake through the heart of the wine business. The old Eshcol facility survived by making sacramental wines, but by 1940 was dormant.

When the Trefethen family purchased the property in 1968, the winery had fallen into serious disrepair. John and Janet Trefethen committed themselves to restoring the building to its former glory. They carefully researched the winery's past and worked for years to restore it.

Aside from replacing the dirt floor on the first level with concrete, they made no significant structural changes.

The Trefethens' restoration efforts were recognized in 1988 by the department of the Interior, which placed the winery on the National Register of Historic Places as the only 19th-Century, wooden, gravity-flow winery surviving in Napa County.

It was never clear how the Trefethen's adventure was going to turn out in the late 60's after the family started to grow grapes in Napa Valley; there was no one to show them the way. There was plenty of advice, to be sure, but in truth no one had started a successful Napa vineyard since Prohibition.

There were, in a word, crazy.

Their “lunacy” was infectious, however, and a few other enterprising souls joined the gambit: Tony Baldini, their first viticulturist; David Whitehouse, the first "real winemaker; Richard DeGarmo, Mr. fix-it; Mary Ware, queen of the office and everyone's schedule.

They settled into their respective posts, not as hired hands, but as equals in a shared endeavor.

The Trefethen 2013 Double T red blend has Malbec that brings plush fruit characters and a hint of floral with Cabernet Sauvignon providing the backbone for this lovely blend. Merlot adds a lively spice and herbal character. Cabernet Franc provides finesse and a peppery perfume and Petit Verdot adds color and structure. This wine can be found on Chop239 wine list for $14 a glass and $56 a bottle. Pair this beauty with the Chop239 short rib with demi sauce. Enjoy and Salute.

Marco Porto is owner of chop239 and is a wine connoisseur. Along with Laura Owen of CJ’s on the Bay, he is a regular contributor to this column