Ask The Pharmacist: Some pharmacists are losers and some are heroes

About 100 years ago, during Prohibition, apothecaries were the place to hang out since the neighborhood bars had closed.

Ask The Pharmacist: Some pharmacists are losers and some are heroes 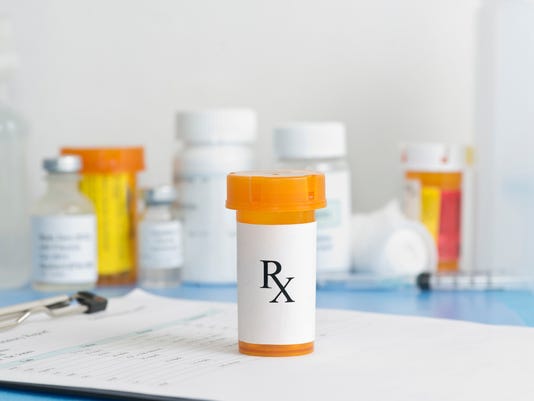 About 100 years ago, during Prohibition, apothecaries were the place to hang out since the neighborhood bars had closed. The corner drugstore was where people traded “hard” liquor in for “soft” drinks and it was also a time when pharmacists were actual chemists blending herbals and medicinals all day long. Did you know Coca Cola syrup was invented by pharmacist John Pemberton back in 1886 in Atlanta, Georgia?
Fast forward to today where Coca Cola is a global smash, and medications are commercially prepared by multi-billion dollar corporations, not people. Some have said the pharmacist’s role is more along the lines of “lick, stick and pour.” Ah, but that’s just a saying.

Oregon and New Mexico just signed into law a bill that allows pharmacists to prescribe and dispense birth control pills to women straight out of the pharmacy, without an on-site physical exam or lab work. This may sound weird to you but the precedent was set years ago when pharmacists were granted prescribing rights to administer certain flu vaccines.

The ability for pharmacists to prescribe contraception saves valuable time and money for all parties involved, but it does beg the question: Which prescription drugs are going to one day be put on the “allowed to be prescribed” formulary?
And in regard to birth control pills, are the pharmacists (or any prescriber) advising women to supplement with what their medication will deplete? ‘The pill’ reduces your magnesium, selenium, and crucial B vitamins which can contribute to you feeling depressed, overweight, hypothyroid and tired. I suggest you put back what the drug mugger stole.

Pharmacists have once more been distinguished as one of the most honest, ethical professionals in the United States. But some pharmacists give the practice a bad name. For example, in June 2017, a Massachusetts pharmacist, Barry Cadden, was sentenced to nine years prison because he compounded injectable steroids that were contaminated which led to the deaths of 76 people in 2012.

Contrast that with the quick-thinking pharmacist who just saved 57-year-old Mark Davey’s life. Davey was eating lunch, and out of the blue, his tongue started to swell up. He drove himself to CVS pharmacy, to buy Benadryl, but when he arrived he began gasping. Pharmacist Bhavini Patel was working that day, and she called paramedics, then injected Mark with the drug, EpiPen (epinephrine) from her pharmacy in an attempt to save his life. It worked! Mark was experiencing an “anaphylactic” allergy to his food and she knew it.

I applaud Patel; she is a true hero. Even though it may have possibly gone against store policy to administer the shot, she did what she felt was right and compassionate to save this man’s life. How awesome?! Mark is alive because pharmacists are not just there to lick, stick and pour. We are healers by nature and interested in getting you well. I wish I could go back in time and own one of those apothecaries where I could create amazing custom-blended natural remedies as well as fizzy soft drinks around my ‘neighborhood bar.’