'One of a kind.' Marco Island artist being remembered in exhibition

One year after artist Marian Miller’s death at 89, Marco Island Center for the Arts Clay Guild has included a small retrospective of her work .

'One of a kind.' Marco Island artist being remembered in exhibition 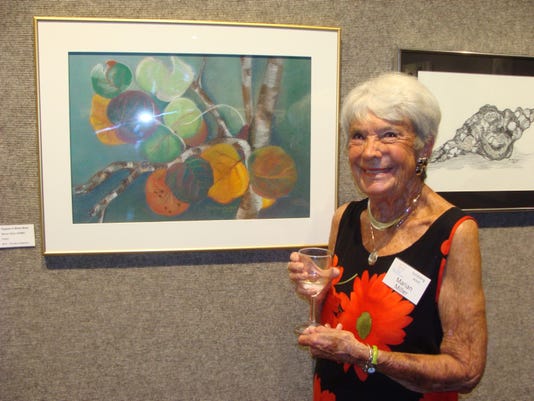 A reception for an exhibition that honors late Marco artist Marian Miller takes place today, from 5:30-7 p.m. at the Art Center on Winterberry Drive. Miller died one year ago at age 89.(Photo: Submitted)

One year after artist Marian Miller’s death at 89, Marco Island Center for the Arts Clay Guild has included a small retrospective of her work — ranging from woven baskets, knitting, pastels, and clay bowls and vases — in the Center’s December exhibition “Art of Clay:  Faces, Figures and Fantasies,” which runs now through Dec. 20, with viewing hours 9 a.m. to 4 p.m.

Marian Miller had a big smile that she shared with family, friends and fellow beach walkers who quickly became her new buddies. During these daily walks, she would impart her affection for the “Art League,” which later became Marco Island Center for the Arts.

She became an extraordinary recruiter for the Center’s new Clay Studio and later became the first official president of the Clay Guild. 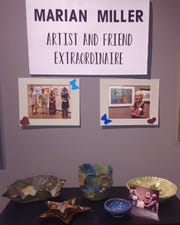 As an artist, Marian Miller worked in both clay and pastels. Some of her clay pieces are shown here. (Photo: Submitted)

This "one of a kind” woman was born in Columbus, Ohio, and when she was a young girl had the option of exchanging “dreaded” piano lessons for art lessons using charcoal and pastels.

After raising children, Marian Miller retired with her husband to Marco Island. Here she became a successful clay artist and was later drawn to working with pastels again. She took classes from teaching artist Linda Chambers. Life had come full circle.

The Second Tuesday Exhibition Reception for “Art of Clay: Faces, Figures and Fantasies” takes place 5:30-7 p.m. on Tuesday, Dec. 11 at the Art Center on 1010 Winterberry Drive, Marco Island. No reservations are required. There is a suggested $10 donation for non-members.