Savage was the architect for many of Deltona Corporation’s most iconic buildings and is perhaps best known for his work on the Marco Island Hotel (which is now JW Marriott). Savage convinced the Mackle Brothers (owners of Deltona and Marco’s developer), to use a Polynesian theme. The Mackles suggested Savage go to Hawaii to study Polynesian/Hawaiian architecture and financed his trip along with wife, Emily. The couple was truly there on business and Emily was upset because she wasn’t able to go to the beach even once. 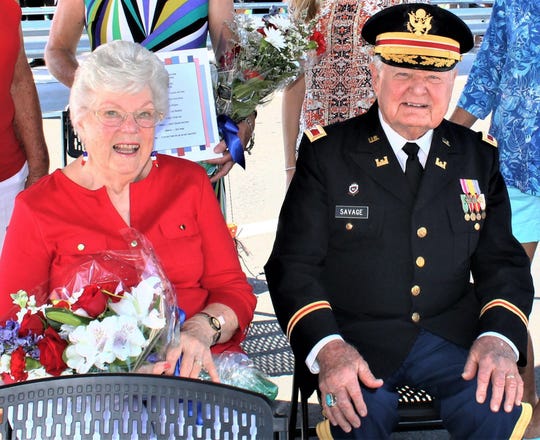 Emily and Herb Savage on Memorial Day in 2016 (Photo: Submitted) 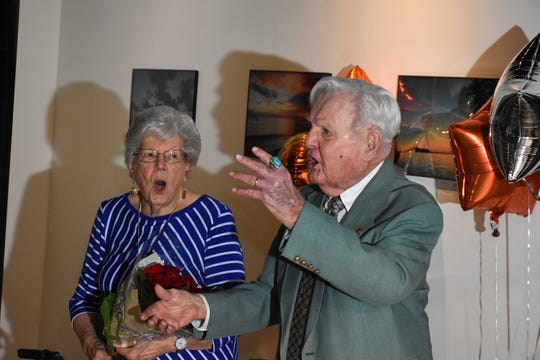 The Marco Island hotel was perhaps the crowning glory of Savage’s architectural vision. The original hotel was a beautifully designed and built facility featuring a tower with a mosaic that went all the way to the top. The Polynesian themed hotel was gradually modernized after it became a Marriott, but the impact of that original building was significant as it affected many other early island landmarks. It was reflected in such institutions as Island Country Club and the Marco Island Yacht Club. Even the oldest homes designed by Savage have stood the test of time. As Savage has pointed out, the Mackles wanted to focus on smaller homes and younger buyers and Savage designed homes for that market. Things have certainly changed.

In later years, Savage became well known for yet another talent. He, often joined by his wife Emily, began leading an acapella rendition of “God Bless America” at major social functions. When asked when he started that tradition, he explained he does not really remember. What he does remember is that Emily was initially embarrassed. She now joins him with gusto.