Marco Y says thank you to its volunteers

These are the Y's dozens of volunteers, who help the multi-functional organization tick over smoothly.

Marco Y says thank you to its volunteers 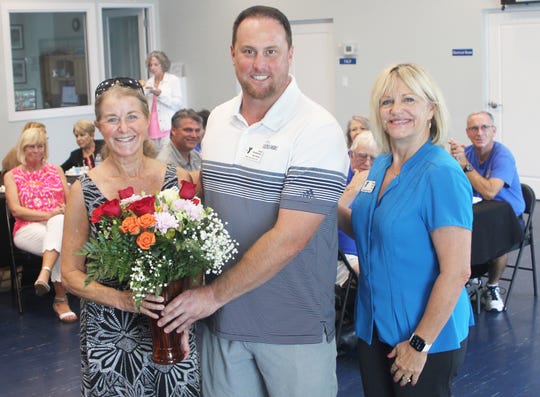 Fritzi Holmes, left, shows how it feels to be named volunteer of the year. Board president-elect Scott Stonebreaker and CEO Cindy Love-Abounader stand with her. (Photo: Photo provided)

They don't receive payment for giving up thousands of hours of their time, but each year they do receive welcome recognition from the YMCA of South Collier (Marco).

These are the Y's dozens of volunteers, who help the multi-functional organization tick over smoothly.

In fact, said CEO Cindy Abounader-Love at a recent luncheon honoring the volunteers, the Y wouldn't be able to function without them.

Morgan Joseph reacts as she is named the Y's employee of the year during the luncheon. (Photo: Photo provided)

Abounader-Love added that in-house volunteering further strengthens the community spirit embodied by the Y. Many of the Y's own employees step up to the plate/go over and beyond by volunteering as well when they're off-duty, she said.

Love-Abounader got straight to the point at the luncheon by naming an incredulous Fritzi Holmes as the Y's Volunteer of the Year for 2019/2020.

"She had more than 600 volunteer hours in one year," said Love-Abounader. "She's a program volunteer, a fundraising volunteer, she gives wellness instruction, she's involved with the tennis program, and she's also on the board."

Modestly accepting the kudos, Holmes said simply: "The Y's a great place to be. It keeps me out of trouble."

Love-Abounader also paid a special tribute to the daily "Bread Run" volunteers who collect bakery items from local grocery stores as well as a bagel store, and deliver them to the poorer areas of East Naples.

In a neat twist during the proceedings, Love-Abounader named the Y's Aquatics & Sports Director Morgan Joseph the Employee of the Year, after which Joseph recognized volunteer Kathleen Reynolds for invaluable help with the swimming and "waterwise" programs.

"I love the swimming and water aerobics," Reynolds said of the catalysts that prompted her to volunteer. "It's healthy and helps me live longer.

The former educator and school district administrator summed it up by saying: "you don't see kids crying here (at the Y). And, I love the "Professional Role Model" t-shirts (worn by young camp counselors)." 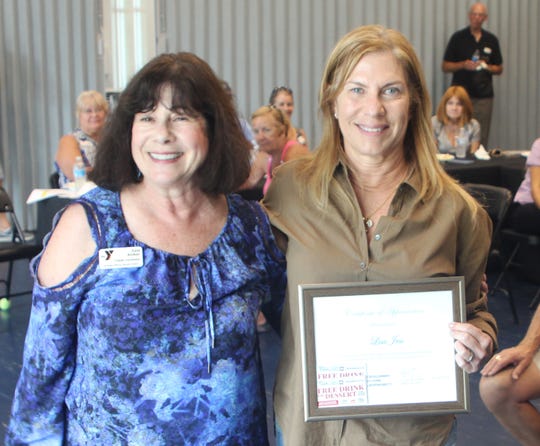 In her "acceptance speech," incidentally, Joseph (who gave more than 1,000 swimming and aquatic lessons during the year) said she was thankful to be a part of the Y, and said if anybody had new ideas for programs, she'd be more than willing to entertain them.

Community Relations Manager Tony DeLucia (one of the staffers who volunteers plenty of extra hours) recognized the efforts of The Marco Island Civitan Club.

He said the small club, "which looks for (charitable) things to do," has been integrally involved with Y volunteerism, particularly with events such as the Taste of Marco and the Seafood Festival. Most recently, they helped at the popular Tour de Marco bike ride.

The Y's Esta Alliker runs the Y-Reads program, an initiative that benefits kids from the aforementioned poorer neighborhoods in East Naples.

She recognized volunteer Lisa Jess, saying her help was "invaluable" to the program, which over the past few years has shown improvement and growth "all round."

Aidan Libby represented the Marco Island Academy Key Club, whose members are prolific volunteers all over the island.

"As young people, you're already becoming leaders and giving back to the community," Abounader-Love said.

Wrapping up a get-together that radiated positive observations all round, DeLucia paid special tribute to Dr. Jim Seegers for his involvement from the start in the Tour de Marco ride.