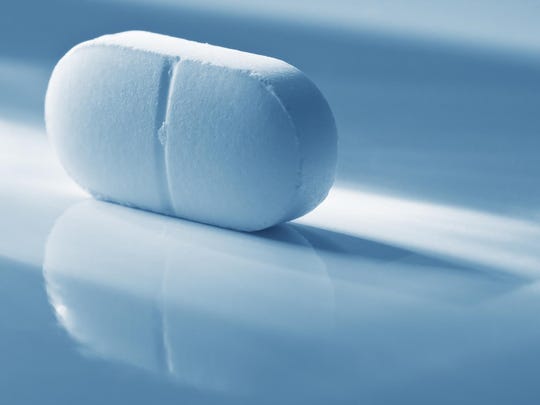 Most people believe that medications are synthetic substances that the FDA has approved for the clinical treatment of disorders, without realizing they were derived from a plant.

Thousands of FDA-approved medications began as natural plants and flowers! You may not realize this, but no morphing and patenting is necessary; the natural plants provided what humans needed for eons.

Only recently have we begun to turn them into patented chemicals by altering their original form. But their original form is available as herbal medicine and sold in health food stores nationwide. Maybe not in all cases like morphine, but certainly in thousands of examples.

The beautiful opium plant ultimately led to powerful natural analgesics (think of opium, codeine and morphine) that scientists took to a lab and chemically morphed into patentable (but more potent and addictive) synthetic “opiates” the most infamous of which is oxycodone. But again, the raw material that was sourced originally from the Earth provided good medicine to begin with.

More: Ask the Pharmacist: How to make your own hand sanitizer

Another example is penicillin which was derived from a fungus growing on an agar plate which was accidentally left out on the laboratory counter. The mold was quite visible to scientists. The mold of penicillin had killed the bacteria that was growing on the agar plate. In other words, many antibiotics are fungus based, and they can kill bacteria.

Before drug companies made a bazillion dollars with aspirin, we did have white willow, which was (and still is) the natural pain killer hidden within the white willow tree’s bark. The active ingredient that acts as medicine is called salicin. When you use the herb, the salicin gets metabolized in your body to form salicylic acid which is even stronger.

There is another compelling story I can share with you about digoxin. This compound naturally occurs in the Foxglove plant (Digitalis purpurea). Centuries ago, people used to put these plant chemicals on the tip of their arrowheads to kill people.

Quinine is derived from a plant. From quinine we get hydroxychloroquine (HCQ) which may be useful for certain patients with COVID-19, depending on when it is given, and the dose. The Cinchona tree in Peru gave us quinine.

Paclitaxel (Taxol) is the most popular chemotherapy drugs for ovarian, esophageal, breast cancer, lung cancer, Kaposi sarcoma, cervical cancer, pancreatic cancer and others. It is derived from the beautiful Pacific Yew tree.

And finally, we should talk about cocaine. This was used by the Incas 3,500 years ago to produce anesthesia. It came from the Coca plant (Erythroxylon coca) and was widely available. Hard to believe! There was a time and place before some of us were born, when natural compounds from plants were widely used in our food, beverages and pharmacies. Older pharmacists don’t even recognize the big stores today with drive-up windows! It is so very different than those apothecaries that used Mother Earth’s original medications, not the mass produced synthetic ones.