Consistency is this cab’s name

Consistency is this cab’s name

A Napa Cabernet I believe has never had a bad vintage is 2012 Hall Cabernet.

Kathyrn Walt Hall is the proprietor of Hall Wines, and has been involved in the California wine industry since her family first purchased a vineyard more than 30 years ago. She has had a distinguished career as a successful businesswoman, community activist, and most recently as the United States Ambassador to Austria.

During her term as Ambassador, she worked to promote American wine in Austria and Europe. After her return she resumed her role as proprietor of the vineyards. In September, 2001 she was appointed to the United States Department of Agricultural Technical Advisory Committee (ATAC) for international trade. She is married to Craig Hall and the mother of two children.

She began her public career as assistant city attorney in Berkeley, California. Later she joined Safeway Stores, where she was responsible for developing and administering one of the nation's first and largest affirmative action programs.

Subsequently she worked as an attorney and businesswoman in Dallas, Texas, where she was president of an inner city development company and partner of Hall Financial Group, Inc. Long committed to social issues, she has served on numerous non-profit and institutional boards, addressing issues related to social care and mental health.

Hall and her family have been grape growers in Mendocino County since 1972. The Walt family owns 63 acres of Cabernet Sauvignon, Gamay, Zinfandel, Cabernet Sauvignon, and Sauvignon Blanc in the Redwood Valley and has sold their grapes to such wineries as Fetzer, Parducci, and Beringer.

The French- and German-speaking Hall believes the health of the environment is essential when crafting the finest wine possible. So, the family makes every effort in their vineyard management to ensure the health of their ecosystems, using natural products for weed and pest control with careful attention to the natural health and biodiversity in the soil. The result? The vineyard is now certified organic.

A portion of all business profits is donated to charity via the Craig and Kathryn Hall Foundation. 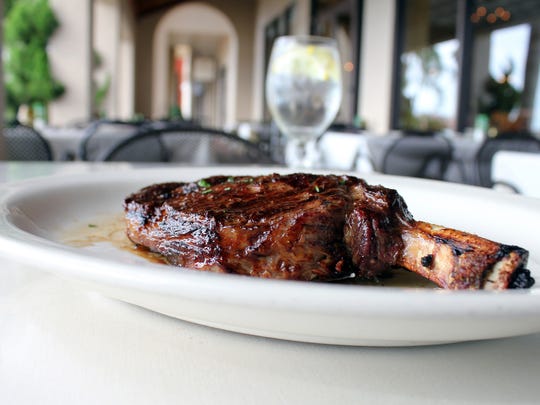 The 2012 Hall Cabernet is a quintessential Cabernet Sauvignon. Dark garnet in color, with strong aromas of pure dark fruit and a floral lift of fresh rose. The palate is bright, concentrated and dense. This wine is on Chop239 wine list by the bottle, and would pair up nicely with Chop239 Bone in ribeye.