Approaching 30 years in the restaurant business, you could safely say the Kretschmer family knows the culinary ropes.

They first set up in 1986 in Olde Marco and since the mid-1990s have operated out of their current location at 527 Bald Eagle Drive, through the light and just south of the Elkcam Circle turnoff.

In that time, Bruce Jr. has pretty much assumed the reins in the kitchen, having from a young age learned the finer points of cooking from dad Bruce (now retired). You do, however, see mom Ellen around a lot. 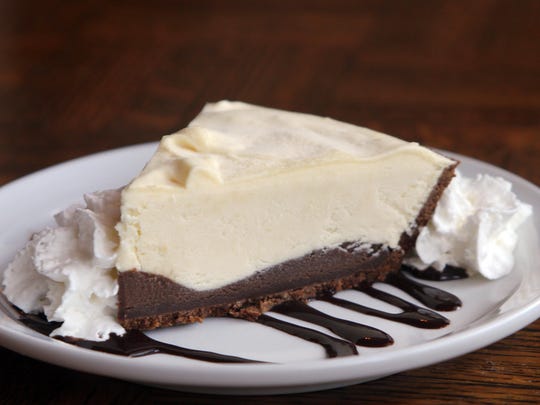 The the rum pie (“my favorite,” says Kretschmer) has a layer of chocolate on the bottom and is topped with rum custard. (Photo: Quentin Roux/Sun Times)

The strudel has an apple filling wrapped in phyllo dough with a light sugar crust on top; the rum pie (“my favorite,” says Kretschmer) has a layer of chocolate on the bottom and is topped with rum custard; while the bread pudding is made with fresh bread, and flavored with vanilla, cinnamon, golden raisins along with rum sauce.

“The bread pudding is my addition,” says Kretschmer, “and I’m presuming my father came up with the rum pie. I’ve never seen it anywhere around here. That rum and chocolate stacked together … it’s really good.” 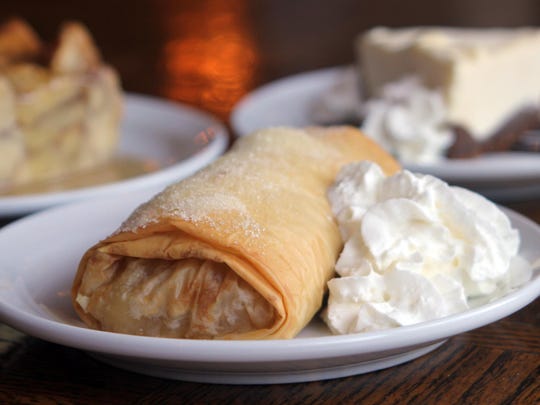 The strudel has an apple filling wrapped in phyllo dough with a light sugar crust on top. (Photo: Quentin Roux/Sun Times) 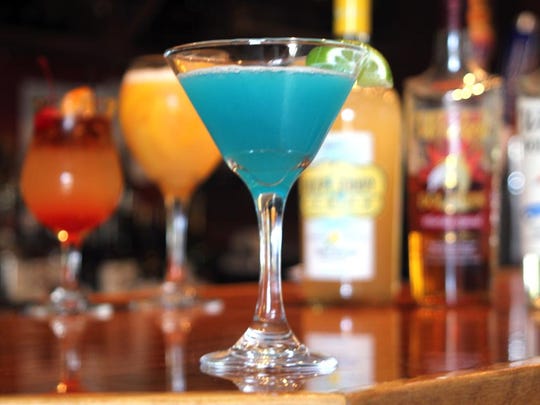 “Blue Lemonade” is basically a standalone lemonade-flavored vodka with a touch of blue curacao to sweeten it a touch. (Photo: Quentin Roux/Sun Times)

For cocktails that would complement the desserts, Kretschmer made a peach sangria (with fresh peaches, pineapple juice, house wine, Triple Sec and a splash of lemon juice. He followed that with the “Wicked Sunburn” - a colorful concoction of local rum (Wicked Dolphin from Cape Coral), pineapple juice, banana liqueur, Grenadine and floater of dark rum; and a “Blue Lemonade” – basically a standalone lemonade flavored vodka with a touch of blue curacao to sweeten it a touch.

Food: Accent on seafood, but steaks, chicken and vegetable dishes also available; new summer menu pending; just a few tweaks; and 8 to 10 items on smaller meals; with more value around $12 to $18;

Take out and catering: Yes