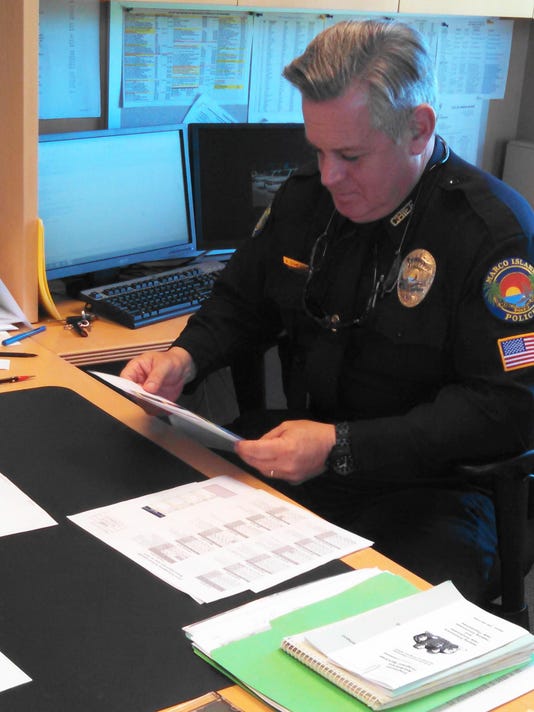 Records released as part of the Collier County Sheriff’s Office investigation into former Marco Island City Manager Lee Niblock have revealed one of the suspected sources of a leak at the city’s police department.

Five days after notifying City Council on Feb. 8 about an investigation into an employee, an email from Police Chief Al Schettino to the city’s legal counsel showed the department was preparing to fire records clerk Heather Comparini, suspected of disseminating information without authorization.

In termination notes attached to the email, Schettino detailed a conversation he had with City Attorney Alan Gabriel after Gabriel inquired about whether the department sent out an email about Niblock resigning.

“Alan went on to say that the correspondence he was referencing was a text message he was made aware of from a councilor originating from Heather Comparini stating that she saw a confidential document regarding the city manager, and that he was resigning,” Schettino wrote in the termination notes. “I explained to Alan that the text message he read to me was an unauthorized message sent by our Police Records Clerk Heather Comparini, and was a direct violation of policy and breach of trust by her. I asked Alan if I could receive a copy of the message he read, and he stated he would check his communications.”

To this date, Comparini, who was hired in 2013, remains employed with the city of Marco Island though without mentioning her name, Schettino confirmed that the investigation into the leak remains open.

The information leaked out of the department pertains to the battery investigation that was opened by the Marco Island Police Department against Niblock stemming from an incident on Jan. 31 involving Marco Island Academy Principal Melissa Scott.

In the incident report released by the Collier County Sheriff’s Office, which took over the investigation, Scott accused Niblock of making several inappropriate physical and verbal gestures toward her and she he "grabbed her so that he could hug her and attempted to kiss her on the lips, but she turned her head and he kissed her on the cheek. Lee then pulled on her and asked for another kiss, but she refused and exited the car." 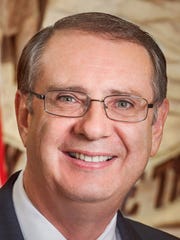 As the investigation continued, Niblock would be placed on administrative leave on Feb. 20 before he was fired with cause on March 19 after it was determined he took at least four actions that were grounds for termination.

The State Attorney’s Office issued an arrest warrant for Niblock on April 25 on a misdemeanor battery charge. Niblock turned himself in to authorities the following day and has pleaded not guilty.

Niblock is also facing a separate battery allegation in Alachua County where he previously was the county manager. Although that incident occurred last year, the complaint was filed after the investigation on Marco Island became public.

Before Scott came forward with her formal complaint, information about the investigation into Niblock began to leak out after a confidential file was printed out and handed to Sgt. Mark Haueter.

While Schettino’s notes did not identify the councilor that alerted Gabriel about Niblock potentially resigning, the Sheriff’s report and additional public records identify the recipient as Councilman Larry Honig.

A termination letter for Marco Island police records clerk Heather Comparini was requested after it was suspected that she leaked information about the investigation into former City Manager Lee Niblock. (Photo: Contributed photo)

In a text message to Gabriel and Niblock on Feb. 9, Honig wrote that “I accidentally came across a report that the CM made advances towards the principal Melissa Scott. The CM just resigned.”

Honig also sent a separate text message to Gabriel asking to speak with him after being contacted by a police officer.

Honig wrote Wednesday that he never received any communication directly from Comparini.

“I have never received a text message (or any other communication) from Heather Comparini,” Honig wrote in an email. “For the period in question, which was covered by an earlier public records request, I have fully complied.”

Schettino’s plan to fire Comparini did not stay under lock and key either as Niblock was informed through an anonymous email on Feb. 14.

Although his notes on Feb. 13 indicate that he requested the text messages from Gabriel that sparked their Feb. 9 conversation, Schettino said he had yet to receive them.

Gabriel was unable to produce the text messages referenced in his conversation with Schettino.

“I never saw or received the referenced text message nor am I aware if such a text message ever existed,” Gabriel wrote in an email.