The Marco Island City Council has determined that the maximum millage rate next year will be 2.03 assuming voter approval of COPCN referendum. 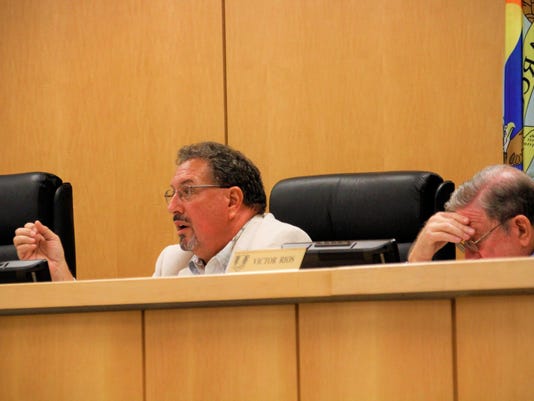 Incredulous to what he was hearing and seeing, Reed motioned with one arm at a time to grab imaginary numbers in the air above.

“While we’re picking numbers out of the air randomly for no good reason, people are watching us,” Reed said.

The City Council eventually found four votes to set a maximum for the millage rate at 2.03 but it wasn’t without several failed motions and what Reed perceived as random figures thrown out.

Although the city has not finalized its budget yet, it was required to set a maximum millage rate Monday night, which could be reduced once the city has a better grasp of its priorities.

The 2.03 figure includes the added .1808 mills for the city’s Certificate of Public Convenience and Necessity that aims to create a local emergency medical services system and increase the number of ambulances on Marco Island.

Voters will make the determination on Aug. 28 if they choose to be taxed an additional $100 per $500,000 taxable valuation to provide the services.

The rollback rate for this year is 1.85 and if Marco Island wanted to increase the millage ceiling by more than 10 percent, it would have required a unanimous vote from the Council.

From the very beginning of the discussions, it was evident that was not going to happen when Reed proposed setting the ceiling at 2.2.

Reed argued that the millage rate could only move down once they approve a maximum amount and if the council didn’t set a large enough number, it would limit what the council could fund next year.

Similar to the way Reed reacted to what he was witnessing, former councilor Ken Honecker expressed his dismay.

“This is quite embarrassing,” Honecker said. “I’m lost with the numbers and everything, and there’s no rhyme or reason to have a monkey throw at a dart board it looks like.”

The vote for a maximum millage rate of 2.03 passed by a 4-3 vote but not without more disagreement from the Council.

Because the millage rate includes the added amount of the COPCN should it be passed, Councilor Larry Honig commented on providing assurance to citizens that if it does fail at the polls, the millage rate would be reduced to compensate for not providing the service.

Honig said that there was nothing that prevented the council from coming back with a millage rate of 2.03 if the COPCN did not pass.

“I wonder if it would be appropriate for us as a council to make sure we are shooting straight with the citizens by having the consensus affirmation that if the referendum in August does not pass, we will set the millage rate no higher than 1.8492,” Honig said.

Honig’s request for consensus, however, was shot down by others on the dais. Honig, Chairman Jared Grifoni and Councilors Victor Rios and Joe Batte voiced support for setting the millage rate at rollback if the COPCN vote fails.

“If we as a council don’t have the guts to tell the citizens that we are not going to raise your taxes by more than X, this is beyond disingenuous,” Honig said.