The Marco Island City Council has approved the first reading of an ordinance to set millage at the roll-back rate by a 5-2 vote. 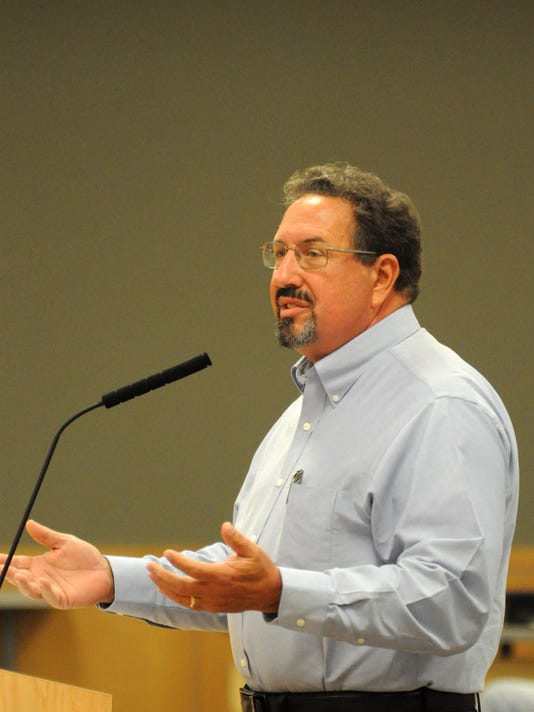 Fulfilling its initial promise from nearly two months ago, the Marco Island City Council has agreed to set millage at the roll-back rate after its quest to add additional ambulance service failed at the polls.

The Council voted 5-2 on the first reading of an ordinance that would set the rate at 1.8492, which was previously set at 2.03 contingent on the referendum for the Certificate of Public Convenience and Necessity passing on Aug. 28.

“The title of the Florida Statute is Truth in Millage (TRIM),” Councilor Larry Honig said. “The truth is we as council agreed (at) 2.03 minus the COPCN. To do anything other than that is not the truth.”

Two months ago, City Council was required to set the maximum millage rate it would seek. It arrived at 2.03 by adding a little more than the cost of the COPCN to the roll-back rate.

With the majority of voters declining additional taxation to fund a locally controlled emergency medical services system, the topic then came to what millage should be set at.

Councilor Howard Reed, who along with Bob Brown cast a dissenting vote, spoke of the need to increase the millage rate because of a "consistent pattern of starving the city of resources."

Reed presented council with options for how it could use the nearly $2 million in additional tax revenues, which included increasing ambulance service, improving employee compensation, adding community amenities such as funding improvements at Veterans Community Park and replenishing the city's cash reserves that have been depleted as a result of Hurricane Irma.

Noting the small disparity in 'yes' and 'no' votes for the COPCN, which was ultimately decided by 440 votes, Reed encouraged the city to look at the alternatives the county proposed in lieu of the city creating its own system.

As for increasing employee compensation, Reed said: “There are a lot of people that say, ‘We want better employees at City Hall.’ Well, guess what? That costs money.”

Marco Island resident Keith Flaugh used his citizen comment time to remind the Councilors that ran in 2016 what they promised in surveys completed for the Southwest Florida Citizens Alliance.

Flaugh said all four candidates that were elected wrote he or she would champion the roll-back rate. Those candidates were Chairman Jared Grifoni, Honig, Charlette Roman and Reed.

"Far too often, we see politicians find excuses to change their minds to become big spenders, hiding behind new facts and some other unacceptable excuses," Flaugh said.

After Flaugh asked Reed to honor his position when he was elected, Reed explained he thought the city could and should be doing more.

"I don't mind suggesting that I have changed my mind based on the knowledge that I've gained in the two years I've been on City Council," Reed said in noting his knowledge of city government at election time was at one percent of what it is now. "[...] my problem with this budget is just that it's not enough. I'm not about raising taxes just to raise taxes."