3 To Know: Updated - Traffic tie-ups this week on Collier Boulevard

As commuters found out the hard way, traffic on Collier Boulevard from the Jolly Bridge to Bluebird Avenue is tied up for paving operations.

3 To Know: Updated - Traffic tie-ups this week on Collier Boulevard

As commuters found out the hard way, traffic on Collier Boulevard from the Jolly Bridge to Bluebird Avenue is tied up for paving operations.

Donalds has criticized Mason Classical Academy, a charter school he helped found in Naples with his wife Erika Donalds, a Collier County School Board member.

The Donalds’ three children were formerly enrolled in the school but have since been pulled out. Byron Donalds sat on Mason’s board from 2012 to 2016.

Many of the Donalds’ critiques of the school stemmed from what they said is a lack of accountability measures.

Byron Donalds’ legislation, which he said is still in the “conceptual” stage, would require charter schools to publish student and teacher turnover rates “to give parents the additional information they need to make the best choice for their child” and would mandate a minimum of five board members.

Groundwork has begun for a Popeyes Louisiana Kitchen on a 1.45-acre lot on the eastern edge of Golden Gate.

The 2,537-square-foot fast-food restaurant will have 66 seats and drive-thru service. 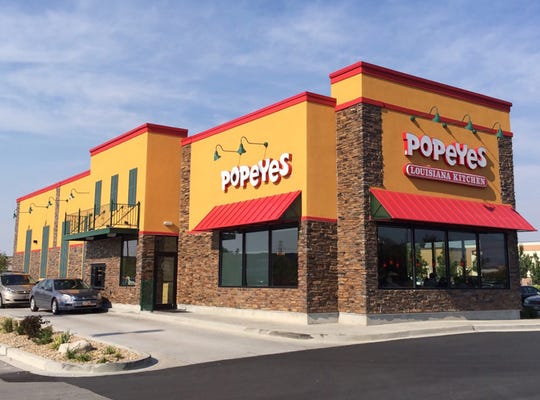 The new restaurant at 11899 Collier Blvd. is south of Collier Plaza with Marco's Pizza and north of the Naples Fruits & Vegetables market and Naples Finest Barber Shop.

Pop Florida Properties purchased the vacant commercial property in January 2014 with plans to site a Popeyes there.

Expect that new Popeyes to open early next year.