Early voting in person in Collier will open Thursday and run through Nov. 3. 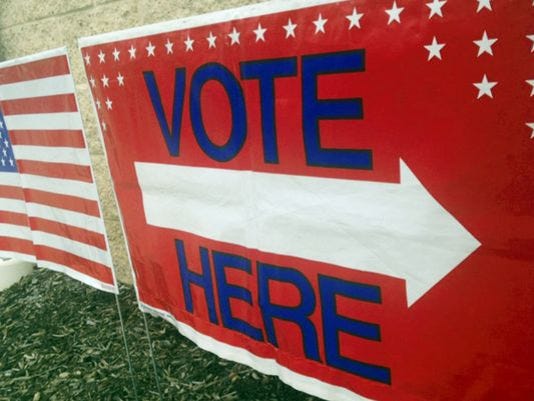 File: Voters who choose to vote early at one of the polls must do so within their county but can cast their ballots outside their normal precinct. A photo I.D. is required.(Photo: Don)

Early voting in person in Collier will open Thursday and run through Nov. 3.

The period offers voters who want to avoid Election Day lines or might be busy Nov. 6 an opportunity to cast their ballots in select locations.

Voters who choose to vote early at one of the polls must do so within their county but can cast their ballots outside their normal precinct. A photo I.D. is required.

There are nine locations throughout the county open 9 a.m. to 6 p.m. every day during the early voting period:

A 51-year-old man was killed Saturday night in East Naples after walking onto U.S. 41 East and being struck by a vehicle, a police report says.

The accident happened at 10:16 p.m. at the intersection of U.S. 41 East and Airport-Pulling Road, the report says. The man is not identified pending notification of next of kin.

The man crossed the road and entered the path of a GMC Terrain. The driver and two occupants of the vehicle were not injured, the report says. The pedestrian was taken to NCH Downtown where he was later pronounced dead.

3. Nation’s lottery fever are all by design

Lottery fever is burning through the United States as people scramble to buy tickets for the big bucks of a lifetime – a record-breaking $1.6 billion Mega Millions jackpot.

Mega Millions now stands as the largest jackpot in U.S. history, with its next drawing set for 11 p.m. ET Tuesday.

The enormous jackpots are by design.

A sign displays the estimated Mega Millions lottery jackpot at a retailer in Washington, D.C., Oct. 20, 2018. No winning tickets were sold for the Mega Millions drawing on Friday and the jackpot now grows to 1.6 billion dollars for the next drawing on Tuesday, Oct. 23, 2018.  (Photo: ERIK S. LESSER, EPA-EFE)

Lottery officials began tinkering with the odds in 2015 to lessen the chance of winning a jackpot, which in turn increased the opportunity for top prizes to

reach exorbitant levels. As the money grows to those high figures, an increasing number of skeptics are swayed to get in on the action.

Powerball was the first to try out the new formula when it changed the potential number of combinations three years ago. That change reduced the odds of winning from one in 175 million to one in 292 million.

Mega Millions followed suit with a similar move in October 2017, worsening the odds from one in 259 million to one in 302million. Mega Millions also doubled the entry ticket price from $1 to $2 and has seen three of its six-ever largest