Publix on Barfield Drive to be demolished, paving way for improved store

The Publix located on Barfield Drive will be demolished in order to build a bigger, improved super market on Marco Island.

Publix on Barfield Drive to be demolished, paving way for improved store 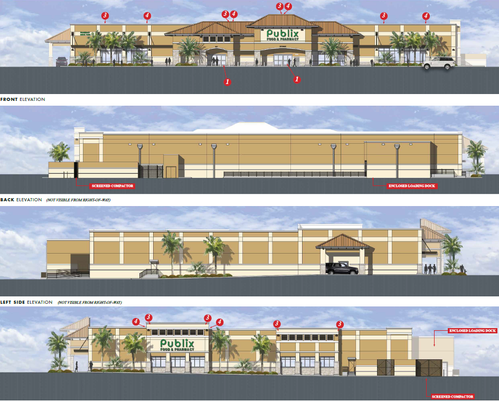 The Marco Island Planning Board has approved a site development plan for the Publix located on Barfield Drive. The existing property will be demolished in order to construct the new building.(Photo: Submitted)

Over the past several months, rumors have floated around about changes coming to one of Marco Island’s Publix Super Markets.

The plans are secret no longer as the Marco Island Planning Board has unanimously approved a site development plan for Publix’s Barfield Drive location that calls for a brand new store.

Leeds said the store will have a pharmacy inside the store, including a drive-thru much like a Walgreens or CVS, additional prepared foods, improved wine and cheese selection and a floral department.

“This is a brand new store,” Leeds said. “Publix has never built it before.”

Leeds said the entire process is likely to take 9-12 months from start to finish, including 2-3 months extra because the store is built on piles.

The start date was not made public. With the Planning Board’s vote, the site development plan heads to the City Council for final approval.

Along with the new stores and amenities, Publix has also committed to improvements to the dated stormwater system on the property.

Matthew Campo, a principal engineer from Tampa-based Campo Engineering, said the current system was built around 1984 and does not have a water management district permit.

Campo said not only are 18,000 square feet of an impervious surface being removed and replaced with porous concrete, but the property will add a 20,000 square-foot stormwater system. 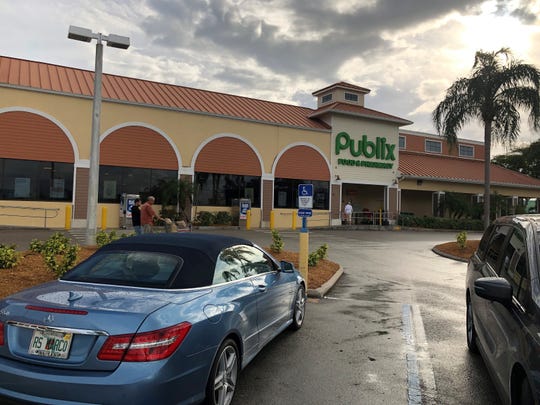 The Marco Island Planning Board unanimously approved a site development plan for Publix Barfield Drive location that calls for a brand new store. (Photo: Will Watts/Correspondent)

While there were questions from the Planning Board about if there were enough pervious surfaces on the property, Leeds said that it was not conducive to running shopping carts over and there it could pose a safety risk.

“We put a lot of thought into coming up with the best solution that addresses the city’s requirements but also the customers that are going to be shopping there,” Leeds said. “Publix will not put porous concrete in places where customers will use them.”

While there were three recommendations made as part of the staff report, Leeds addressed each one so that none of them was included in the resolution that heads to the City Council for approval.