Monday's Marco Island City Council meeting could result in major changes to the city in 2019. 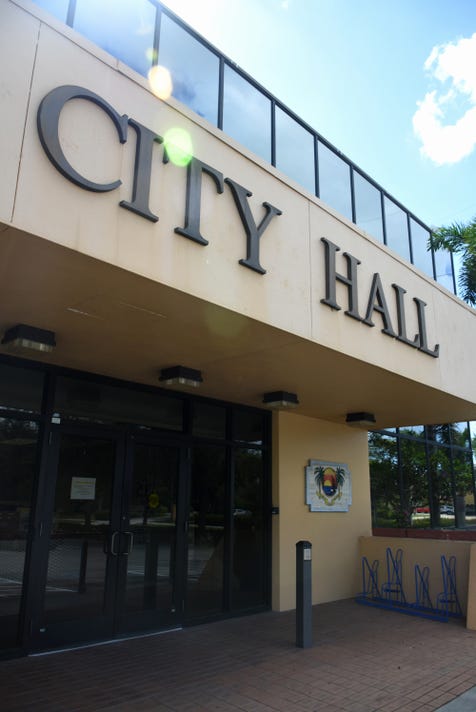 Monday’s Marco Island City Council meeting could have a profound impact on the direction the city moves in next year.

From development to assisted living facilities to potentially hiring an interim city manager, Monday’s agenda packs many of this year’s hot topics into one meeting.

The hiring of an interim manager could provide the most immediate change to the city after the City Council struggled to find the votes to replace its former manager, Dr. Lee Niblock.

The city has had trouble retaining managers with a recent average length of stay just over a year. Niblock’s three-month stint was short-lived by those standards after he was fired by the City Council in March for unethical conduct.

The State Attorney’s Office filed a misdemeanor battery charge against Niblock, who pleaded not guilty and is currently awaiting trial.

After the council failed to hire a search firm, it turned to the Florida City and County Management Association for help in placing an interim manager through its senior advisor program.

This resulted in the City Council whittling the candidate pool down to three finalists:

None, however, received the requisite five votes from the council to hire a manager as required by the City Charter.

Despite the setback, the election of new City Councilors Erik Brechnitz and Sam Young in November brought new life to the discussion. With candidates still interested in serving the city, Brechnitz and Young have conducted interviews leading up to Monday’s meeting.

Some members of the City Council have already expressed their desire to see an assisted living facility on Marco Island, but the question has always been how can that be facilitated.

One proposal that will be reheard on Friday before making a quick turnaround to Monday’s Council meeting involves the rezoning of the property at Heathwood Drive and San Marco Road to facilitate a medical campus.

On five out of the 12 acres, the Watermark at Marco Island has proposed a three-story assisted living facility. The proceeds of those five acres would then be used by NCH to construct a new 12,000-square-foot urgent care facility on the property.

The Marco Island Planning Board previously approved a recommendation to rezone the parcel by a 6-1 vote, but the hearing was improperly noticed and therefore required a new hearing to take place.

The City Council will also have an opportunity to approve site development plans for the Publix Super Market on Barfield Drive and for permanent structures at Marco Island Academy.

During last month’s Planning Board meeting, Publix officials revealed the intent to demolish the Barfield location and replace it with a new standing store with more amenities. Once the process begins, it was estimated to take 9-12 months to be back up and running.

The Planning Board also unanimously approved Marco Island Academy’s site development plan that calls for the construction of classrooms, offices, a gymnasium and sports fields at its current location, 2255 San Marco Road.

The proposed constructions of approximately 50,425 square feet of air-conditioned space for the school would replace the modular units that are currently servicing as classrooms.

More: Publix on Barfield Drive to be demolished, paving way for improved store