Peter Tremont, 61, has been charged with two felony counts of aggravated assault against law enforcement officers for allegedly threatening them. 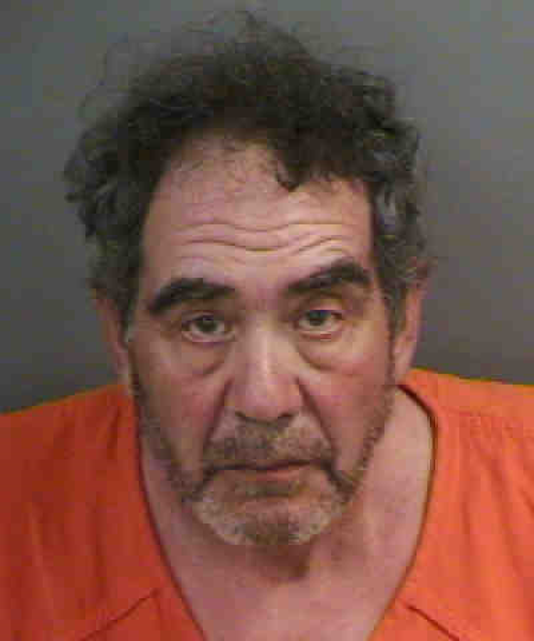 Peter Tremont, 61, was arrested Dec. 30, 2018, and charged with aggravated assault after barricading himself at his home on Marco Island.(Photo: Courtesy of the Collier County Sheriff's Office)

Police have added charges against the Marco Island man who allegedly forced a standoff with authorities last month by barricading himself in his home.

Marco police officers responded on Tremont’s home, which he shares with his mother, on the 1600 block of North Copeland Drive about 4 p.m., Dec. 30 after a report of an armed, barricaded subject.

Previously: Marco man told cops ‘they were going to leave this world with him’

A Marco Island man was arrested on charges of aggravated assault after a nearly 4½-hour standoff with police in the 1600 block of North Copeland Drive on Sunday. (Photo: Devan Patel/Naples Daily News)

Tremont’s mother told police they had gotten into argument earlier in the day and that it resulted in Tremont threatening her while he was in possession of a gun, one of the original arrest documents states.

When officers approached the home, they saw Tremont peering around the edge of a wall, trying to conceal his body, the arrest report states.

“Come in. I’ve been waiting for you. You’re here to kill me so I will kill you,”  Tremont then told two officers, the report says,

Tremont also allegedly said, “I’m going to hell and so are you,” as well as they were going to "leave this world with him."

The officers retreated and evacuated all of the nearby homes before the Collier County Sheriff’s Office took over the scene about 6:15 p.m.

The Collier SWAT team arrested Tremont about 8:30 p.m. after he surrendered.

“I will kill all of you,” Tremont said when he was in custody and taken to the Naples Jail Center, the report states.

He otherwise declined to answer questions from authorities without his attorney.

Tremont remained in custody Wednesday, with bond set at $50,000.

The first report indicated police found night vision equipment and 17 pistols and rifles at the scene. But the latest arrest report and a risk protection order filed in Collier Circuit Court indicated Tremont had about 25 firearms.

The risk protection order, granted Jan. 2, required Tremont to surrender his concealed-weapons permit and all of his firearms due to concerns he was a threat to himself and others.

The minimum sentence for aggravated assault of a law enforcement officer is three years in prison. A violation of the risk protection order would be a third-degree felony punishable by up to five years in prison and a $5,000 fine.