On Sunday, the vast majority of Americans will lose an hour of sleep as clocks are set ahead for daylight saving time.

On Sunday, the vast majority of Americans will lose an hour of sleep as clocks are set ahead for daylight saving time.

More: 3 To Do: Cards, pastels and rummage sales

Arizona and Hawaii do not observe daylight saving time, which was first enacted by the federal government March 19, 1918, during World War I as a way to conserve coal. Other non-observers of daylight saving time are American Samoa, Guam, Puerto Rico and the Virgin Islands. 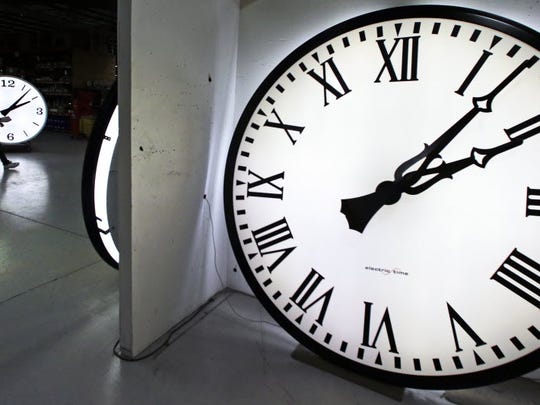 While most cellphones and other devices take care of the time change automatically, traditional clocks need to be adjusted manually when the time changes at 2 a.m. Sunday. (Yes, that makes it 3 a.m.)

Daylight saving was ostensibly started to save energy, but it turned out people enjoyed having an extra hour of daylight after work.

Collier County deputies reported they arrested Angel Cotesvilla, 20, after receiving a cyber tip from the National Center for Missing and Exploited Children. 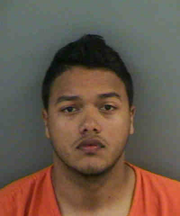 The tip informed authorities of a child pornography file uploaded to Facebook on May 30.

An investigation determined the activity occurred at the 2000 block of River Reach Drive in East Naples. The Collier County Sheriff’s Office obtained a search warrant and found three people, including Cotesvilla and his mother, living in the residence, the report states.

The Special Crimes Bureau and Special Response Bureau executed the warrant and read all three residents their Miranda rights, according to the report.

Two of the residents denied any knowledge of the alleged crime but confirmed Cotesvilla goes by the nickname “Pipe,” the arrest report states. – Jessica Rodriguez/Staff

An iconic water tower on a Bonita Springs barrier island will be nothing more than a concrete slab in the coming weeks.

The tower, sporting black “Bonita Springs” text on its face, is hard to miss for anyone driving along Hickory Boulevard to and from Fort Myers Beach. 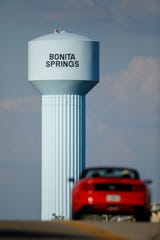 The Bonita Springs Utilities tower has been out of use since 2012, while officials decided what to do with the 151-foot-tall water storage tank.

At one point, Bonita Springs City Council spoke about purchasing and decorating the tower for beautification purposes. A few councilors said they used the tower for navigation while boating in the Gulf of Mexico.

The city ultimately passed on the idea of preserving it, leaving the tower’s dismantling as the best choice.

The tower was built in 1982 and held up to 500,000 gallons of water to support residents of Little Hickory Island. Construction projects in 2006 and 2009 reduced the need for a tank before ultimately closing in 2014.

Work is being done to protect the nearby mangroves before full demolition begins March 11. A large crane is expected to should dismantle the tower piece by piece, leaving only its concrete base, according to BSU.