Chief Tracy Frazzano said she wants people to judge MIPD officers for the things they are doing now and not for the department’s past controversies. 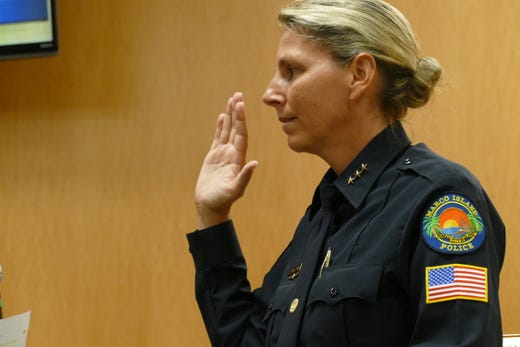 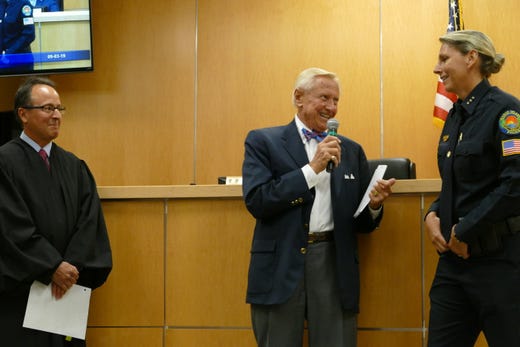 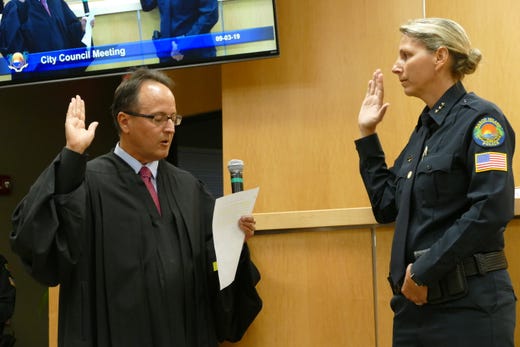 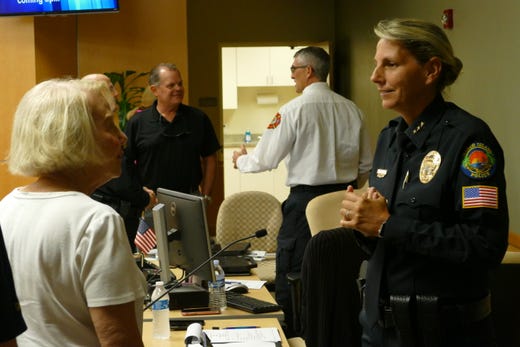 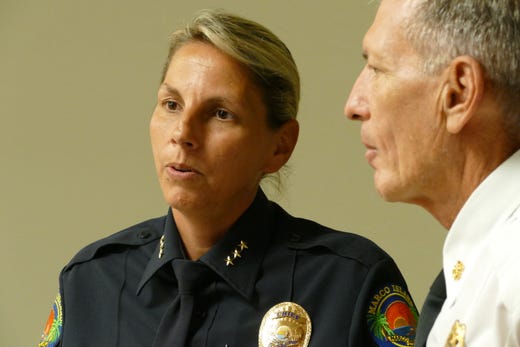 The chief of the Marco Island Police Department (MIPD), Tracy L. Frazzano, said Thursday she wants people to start judging MIPD officers for the things they are doing now and not for the department’s past controversies.

"The way to accomplish that is that we need to start taking pride on the job and the best way for us to do that is if the media assists us in seeing that we are moving forward and not to keep bringing up the past."

In hopes of improving MIPD, the agency is recruiting new officers for beach, bike and vehicle patrol, traffic and school safety. "I'm looking to bring people in that have these high standards that I also have and want the same things that I envisioned us to be," Frazzano said. "Then we will be a strong department in the future."

The Marco Eagle reported on Aug. 27 that legal counsel of Marco Island's police records clerk issued an ultimatum to the city to resolve the claims alleged in her federal complaint or it will face a lawsuit in less than 30 days.

Frazzano replaced Schettino after he was forced to retire earlier this year.

On Aug. 13, the Eagle reported the city of Marco Island launched an inquiry into claims that the acting Marco chief at the time, Captain David S. Baer, put malicious docs in employee files.

On May 16, the Eagle reported an MIPD officer who the state attorney's office refused to call as a witness in criminal trials due to concerns about his credibility was removed as member of the police force due to his inability to perform the duties of the job.

"Accountability is going to be a big thing for us," Frazzano said. "When people do things wrong we are going to be transparent about how we are."

Frazzano, who officially became chief on Aug. 26, said she has been on a "listening tour," meeting with government officials and the public.

"I've been going around meeting a lot of people in the community and [...] getting involved with meetings here as far as command staff and director meetings," Frazzano said.

Frazzano said she also went to a recent event of the Marco Patriots, a local non-profit that helps people prepare for hurricanes.

"Wherever people are having meetings is where I'm showing up to," Frazzano said. "I haven't yet had a chance to sit down and enjoy a restaurant or a meal (in Marco Island) on my own yet."

Frazzano said her priority in the upcoming weeks will be to meet with MIPD employees, including part-timers and civilian staff. "I'm giving everybody and opportunity to sit with me as long as they want to and discuss what they see as our priorities, ways we can improve (and) things that we are doing good already," Frazzano said.

As Marco Island's first female police chief it's impossible to deny Frazzano's appointment is history in the making.

Her message to young girls who might want to enter law enforcement?

"I think people should be anything they want to be," Frazzano said. "I feel that if we work hard, learn what we want to do and take pride in the things we want to be you can be anything you want."

Out of 37 full-time police officers, MIPD only has two that are female, including Frazzano, according to Captain Baer.

Can girls become police officers when they grow up? Tracy L. Frazzano, the first female chief of the Marco Island Police Department, tells girls they can. Wochit