A non-profit proposed Wednesday a second dredging of Tigertail Lagoon after studies show it is becoming shallower, putting its ecosystem at risk.

FacebookTwitterGoogle+LinkedIn
Tigertail Lagoon in Marco Island is drying up, ecosystem at risk
Fullscreen 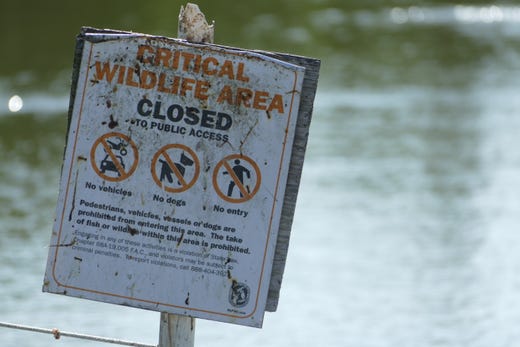 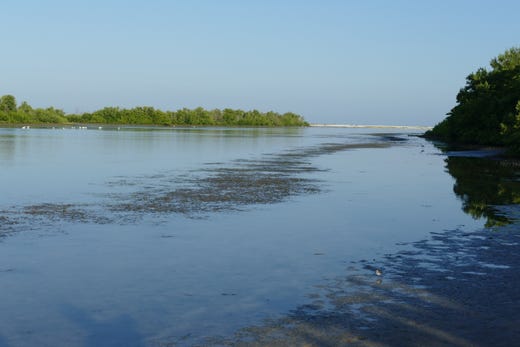 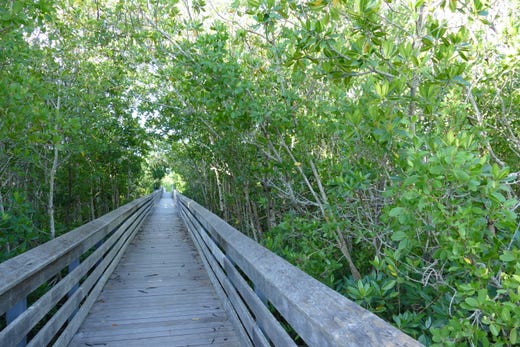 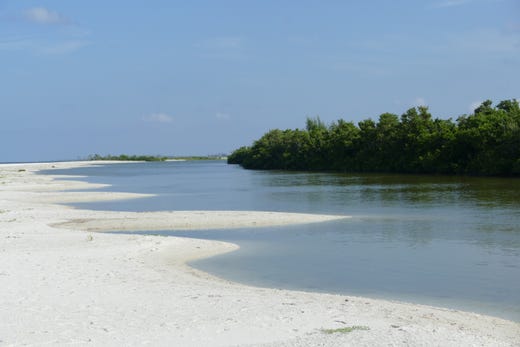 Vegetation reflects on the water in zone 2 of Tigertail Lagoon in Marco Island on Sept. 11, 2019. Omar Rodríguez Ortiz/Staff
Fullscreen 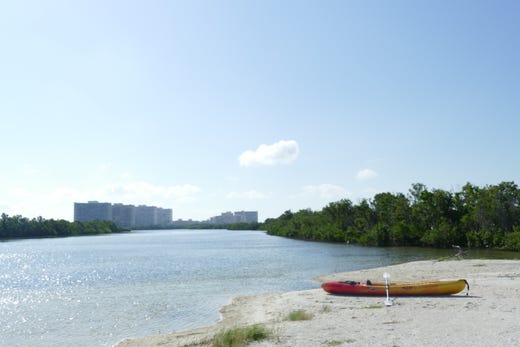 A kayak sits next to the Tigertail Lagoon in Marco Island on Sept. 11, 2019. Kayaks can get stuck in the mud during low tide, according to Rich Blonna, an avid kayaker who frequents the area often. Omar Rodríguez Ortiz/Staff
Fullscreen 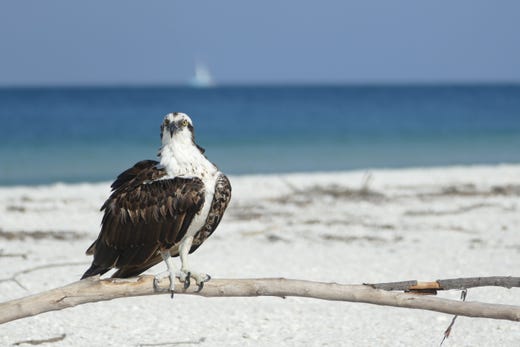 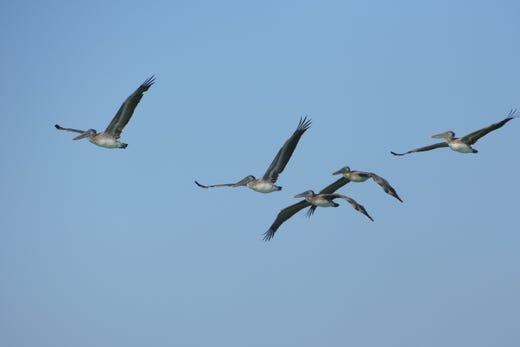 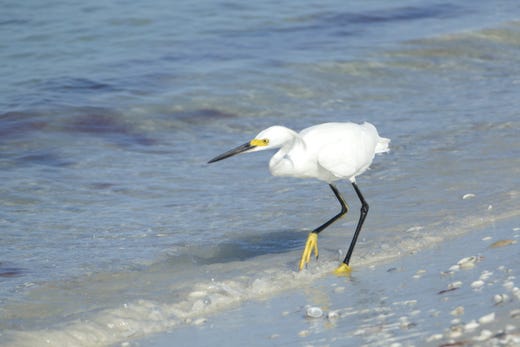 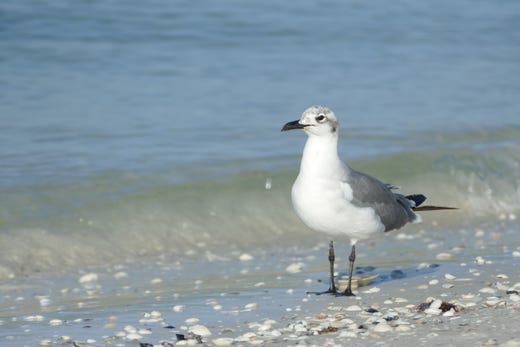 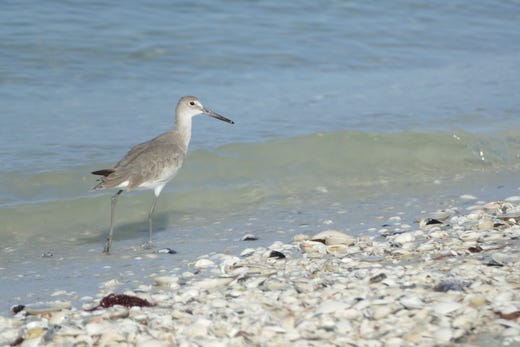 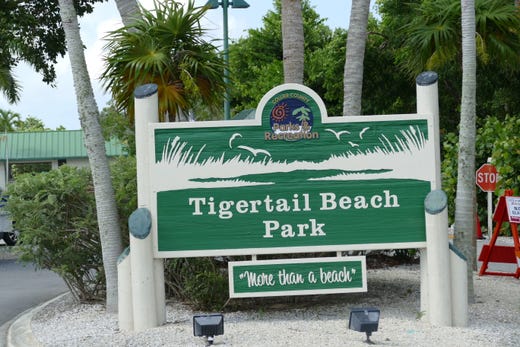 "More than a beach," a sign reads at the entrance of the Tigertail Beach Park in Marco Island on Sept. 11, 2019. Omar Rodríguez Ortiz/Staff
Fullscreen

A local non-profit proposed Wednesday a second dredging of Tigertail Lagoon in Marco Island after a study shows a section becoming more shallow due to poor tidal flow, putting its ecosystem at risk.

Friends of Tigertail Beach hosted a presentation about the state of the lagoon at the Marco Island Library, where a room full of concerned residents learned zone 3 may eventually dry up as sand accumulates in the area, a situation worsened two years ago by Hurricane Irma.

"If this situation is not addressed, wildlife and fish populations will decline as lagoon bacterial levels rise," the organization wrote in a news release. "Scientific data have suggested that without intervention in this area [...] the lagoon will be completely cut off from tidal flow."

The Hideaway Tax Districtdredged an area near the entrance of the lagoon in 2010 and 2016 in an effort to allow tidal flow to continue in and out of the lagoon, according to the non-profit.

Mohamed Dabees, senior engineer with Humiston & Moore Engineers, compared the current situation of the lagoon with an artery.

"Think of it as an artery that is 90 percent clogged," Dabees said. "The dredging [...] is a lifeline to the lagoon."

One of the alternatives, according to the study, consists in an approximately 15-feet-wide, 5-feet-deep channel from the north end of the lagoon to the south end across zones 2 and 3. This channel would increase the tidal amplitude by approximately 56 percent.

Several endangered and threatened species like the manatee, reddish egret, blue heron, black skimmer, least tern and snowy plover are part of the lagoon's ecosystem, according to Ricardo Zambrano, regional biologist of the Florida Fish and Wildlife Conservation.

"Some of those species use other zones for feeding and foraging," Zambrano wrote in an email to the Eagle. "But if zone 3 dries up they would move to another zone or another site if there is nothing similar to zone 3 habitat." 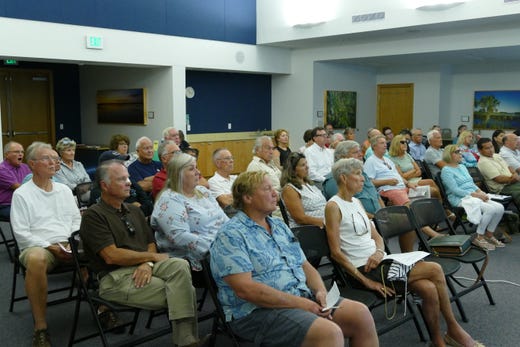 Dozens of residents arrived to Marco Island Library's Rose Hall on Sept. 18. to hear from Friends of Tigertail Beach about the state of the Tigertail Lagoon. Omar Rodríguez Ortiz/Staff
Fullscreen 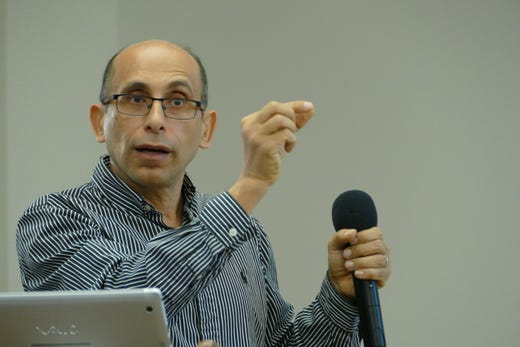 Mohamed Dabees from Huminston & Moore Engineers said at Marco Island Library on Sept. 18 that the proposed dredging will be a "lifeline" to Tigertail Lagoon. Omar Rodríguez Ortiz/Staff
Fullscreen 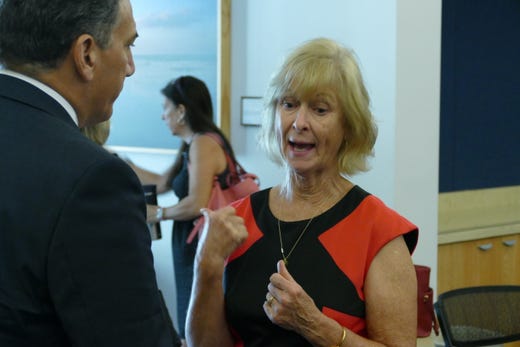 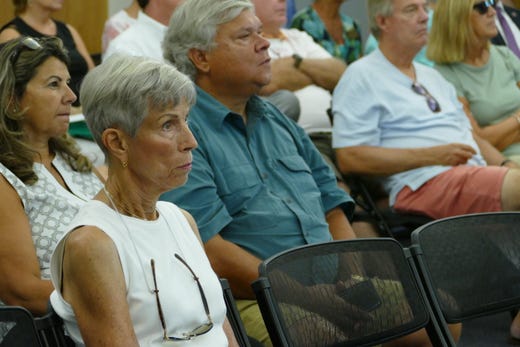 Mary Ann Tittle, a resident of Marco Island since the 1970's, went to the Friends of Tigertail Beach presentation in the Marco Island Library on Sept. 18 because she cares about the environment. "I love Marco Island," Tittle said. Omar Rodríguez Ortiz/Saff
Fullscreen 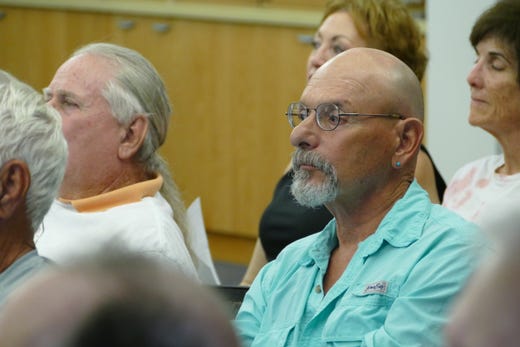 The City of Marco Island can't complete this project by itself, according to Zambrano. The city would likely need to acquire permits from U.S. Fish and Wildlife Service, U.S. Army Corps of Engineers, Florida Department of Environmental Protection and Florida Fish and Wildlife Conservation Commission.

Rich Blonna, a Marco Island resident since 2011, said he is concerned that the proposal doesn't focus enough on improving the recreational qualities of the lagoon.

"You really can't paddle through there anymore," Blonna said. "At low tide you can literally get stuck in the mud."

Dabees said the cost of the project it is unclear. "I can't give you the answer right now," Dabees said.