Hurricane Dorian: MIPD officer teams up with Marco Patriots to send supplies to the Bahamas

Hurricane Dorian: MIPD officer teams up with Marco Patriots to send supplies to the Bahamas

MIPD officer Josh Ferris has been to Bahamas many times as part of Crossing For Cystic Fibrosis, a paddle race from the Bahamas to Florida. Wochit

A Marco Island Police officer teamed up with a local nonprofit to transport generators, grills and propane tanks to the Bahamas in the aftermath of Hurricane Dorian.

"There are people who need help and we have the ability to help them," Ferris said. "They are living without electricity or food."

More: How to help the Bahamas recover from Hurricane Dorian? Don't be a stranger, officials say

Ferris drove close to 150 miles on Friday from Marco Island to Lake Worth in east Florida to transport the donations which included 10 generators, 10 grills and 15 propane tanks.

On Saturday morning, Ferris and a friend, Captain Paul Smolchek, were set to sail to Grand Bahama, one of the hardest-hit islands. 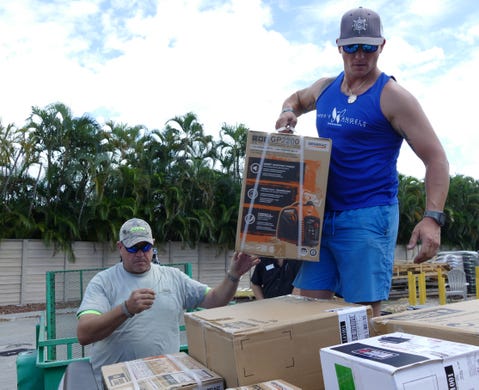 Marco Island Police Department officer Josh Ferris, right, carries one of 10 generators going to the city of Freeport in the Bahamas after Hurricane Dorian pummeled the area in September. Matthew Melican, founding member of the Marco Patriots, assists in transferring the boxes. Omar Rodríguez Ortiz/Staff
Fullscreen 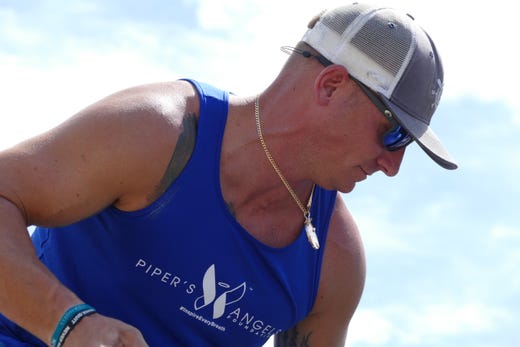 Marco Island Police Department officer Josh Ferris has been to the Bahamas many times as part of Crossing For Cystic Fibrosis, a long-distance endurance paddle race from Bimini in the Bahamas back to Florida. Ferris has also raised tens of thousands of dollars for cystic fibrosis patients. Omar Rodríguez Ortiz/Staff
Fullscreen 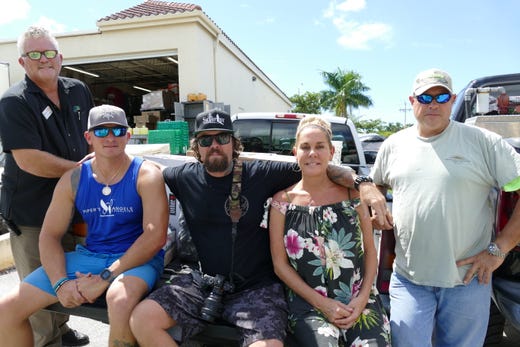 MIPD Chief Tracy L. Frazzano wrote in an email to the Eagle she was proud of Ferris.

“We’re very proud that Officer Josh Ferris is volunteering to be part of this important effort, Frazzano wrote. "The support from the Marco Island community in donating supplies to the Bahamas reinforces the generosity and compassion of this great community.”

The donations were made possible by the Marco Patriots, a local nonprofit that specializes in emergency support before and after natural disasters.

In the past weeks the Patriots have been in communication with several members of the Bahamian government who steered them towards local charities, according to Matthew Melican, a founding Patriots member.

"Now we are working with a local Rotary Club in Freeport and they have identified unmet needs that we are addressing as quickly as we can," Melican said. "One of the biggest (needs) is power generation and cooking food." 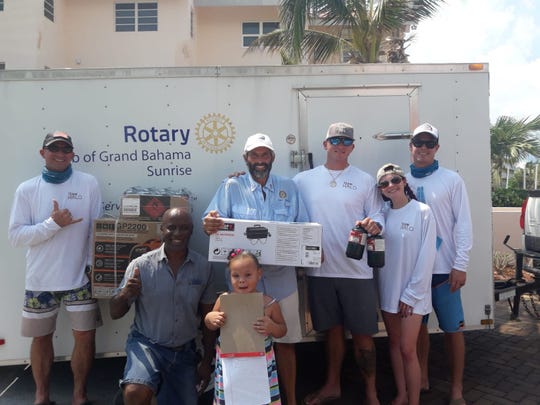 Sunshine Ace Hardware on Marco Island sold the generators at a discount price and donated the propane tanks, according to Rob Brehm, senior account executive of the company.

"One of our core values is to take care of our neighbors and Bahamas is certainly our neighbor," Brehm said.

In the wake of Hurricane Dorian, Marco Patriots assisted in evacuating United States citizens from Abaco Islands in Bahamas, according to Melican.

"We sponsored an aircraft to fly from Fort Lauderdale to Sandy Point to evacuate citizens to the United States," Melican said.

Erin Mia Milchman, board president of the Patriots, recently created an Amazon wish list for a relocated Bahamian family living in East Naples and whose kids go to a school on Marco Island. The list allowed people to buy clothing, food and toiletries for them.

"On hundred fifteen items were sold in less than an hour," Milchman said.

In 2017: SWFL paddleboarders to cross ocean to save little girl

In the upcoming weeks and months, the Patriots will focus on supply drives for housewares and construction materials, said Melican.

It's all about doing the right thing, according to Ferris, who in the past has raised thousands of dollars for cystic fibrosis patients and a fellow officer diagnosed with cancer.

"There is a lot of people in need and we just feel it is the right thing to do," Ferris said.