Dottie Weiner, swim instructor to thousands in Marco Island, died on Nov. 24, according to the YMCA. Many kids, now adults, still remember her as "Miss Dottie." 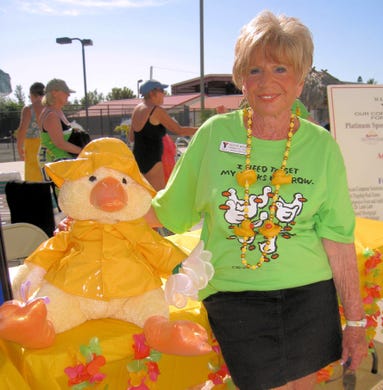 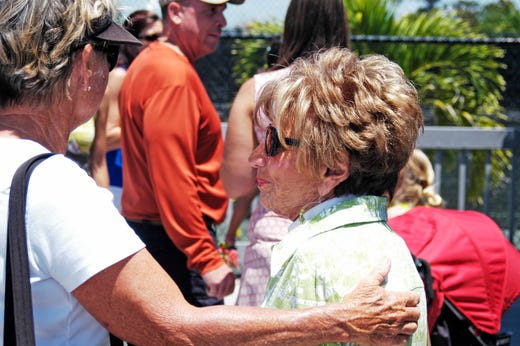 Dottie Weiner receives a hug from one of the many well wishers who came out to see her pool dedication at the Greater Marco Family YMCA on April 27, 2013. Gordon Campbell/Special to the Marco Eagle.
Fullscreen 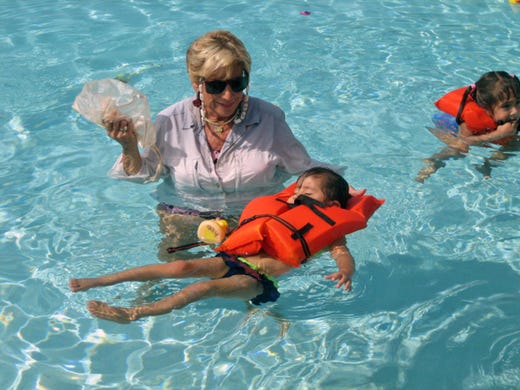 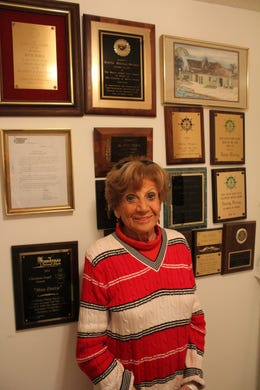 Dottie Weiner stands among her many awards she received over the years through her involvement in swim programs and community service. In top right corner is the first pool at the Marco Island Country Club. Roger LaLonde/Staff
Fullscreen 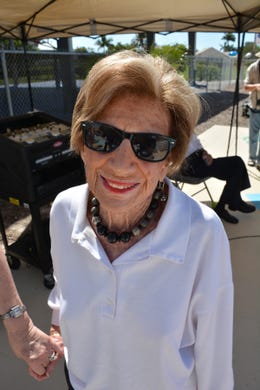 Dottie Murray Weiner, swim instructor to thousands in Marco Island, died Nov. 24, according to a YMCA news release. She was 97.

“She loved teaching children to swim," wrote Cindy Love-Abounader, CEO of YMCA of South Collier- Marco. "She touched many, many people’s lives and she will live forever within our hearts.”

Many kids, now adults, still remember her as "Miss Dottie."

Christina Perez, who was raised in Marco, said Weiner taught her how to swim.

"She taught my sister and I how to swim of course, but I always remembered (her) as years went by as a strong woman," Perez wrote in an email to the Eagle. "Strong, wonderful smile that would light up a room."

"She remembered us most of the time and that made us feel special."

Weiner worked diligently to have a public pool at Marco's YMCA and led efforts to raise funds for its operation year after year with events like “Dottie’s Duck Derby.” 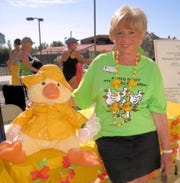 Many of "Dottie’s Ducks" can still be seen in offices and homes throughout Marco.

It was tearful and joyful for Weiner when the YMCA's aquatics center at Marco was named after her, the Naples Daily News reported in 2013. Ceremonies were held next to the pool she helped design and raise the money to build.

“I have had many memorable experiences, but coming to Marco was the greatest of them all,” Weiner said to an overflow crowd in and out of the spacious pavilion constructed in her honor.

Ernie Bretzmann, the YMCA’s first CEO in 1982, recalled then how he and Weiner quickly bonded.

“Dottie did all she could to get a pool, which came in 1991, before the YMCA building opened in 1992,” Bretzmann said. “She used peoples’ pools to teach swim lessons for 10 years."

"She was the only aquatic director without a pool.” 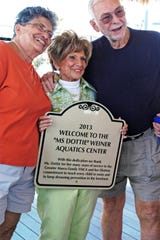 “With all the water around it is essential for children to learn how to swim early in life,” Weiner said at the time

In 2005, Weiner was honored by the County commissioners for being the most active advocate for water safety in Collier.

Weiner served as YMCA's aquatics director for over 30 years, teaching over 10,000 people to swim including adults.

Born in Brooklyn on July 10, 1922, Weiner began competitive swimming at 5, Naples Daily News reported. At 8 she won the backstroke championship at the St. George Hotel’s Dragon Club, setting a new record for the event. She later competed in water ballet, now known as synchronized swimming.

After Brooklyn College, for 10 years Weiner taught blind students how to swim at the New York Catholic Guild for the Blind.

Weiner was a Red Cross Swim Instructor until coming to Marco in 1970, when she became the pool and tennis manager for the Island Country Club. There she gave swimming lessons to members by day, YMCA at night and at private pools on the island.

In 1995, she was named Florida Water Fitness Instructor of the Year and in 1996 was named one of the Top 50 Water Instructors in the United States.

Weiner has always been involved in the community, serving as a board member for the Marco branch of the American Cancer Society among several other organizations.

In 1992 she was named Citizen of the Year by the Naples Daily News, in 2000 she was named one of the Top 30 Leaders of Marco Island of the 20th Century and was inducted into the Marco Island Historical Society Sports Hall of Fame.

Weiner continued to teach, drive and live alone well into her 90s and only a few years ago moved off island.

Weiner is survived by her son, Stuart, three grandsons, Cory, Randy and Todd, and five great grandchildren, according to the news release. She was also preceded in death by her daughter Nancy.

The family conducted the funeral services and burial at the family plot located in New Jersey.