City of Marco Island also canceled several events and services out of abundance of caution amid the coronavirus pandemic, said top city officials. 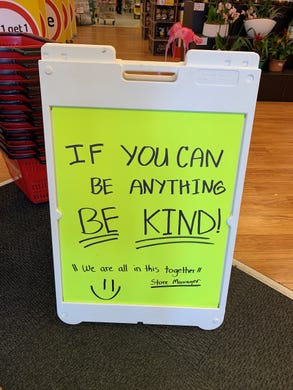 An encouraging sign, literally, greets customers at the front door of the Winn-Dixie on Marco Island on Saturday, March 14, 2020. Will Watts/Correspondent
Fullscreen 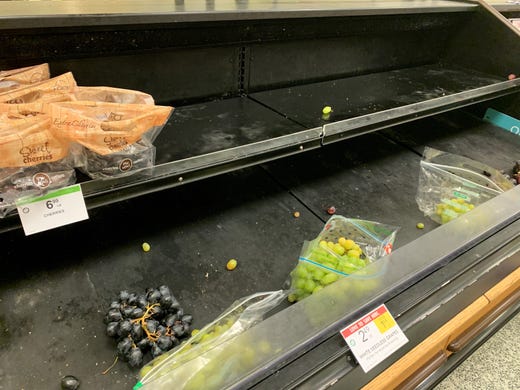 Grapes of wrath? Perhaps not. But the struggle is real Saturday, MArch 14, 2020, at the Publix on San Marco, Marco Island. Will Watts/Correspondent
Fullscreen 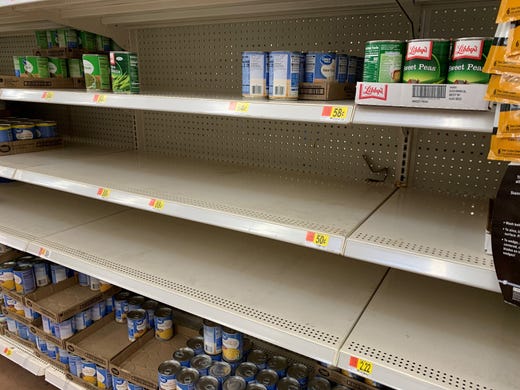 Even supllies of canned vegetables were dwindling Saturday, March 14, 2020, at the Walmart on Collier Boulevard, near 41, in South Naples. Will Watts/Correspondent
Fullscreen 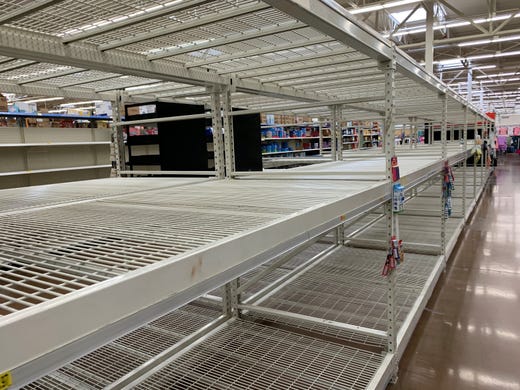 Two empty aisles where paper products used to be at Walmart on Collier Boulevard, near 41, in South Naples on Saturday, March 14, 2020. Will Watts/Correspondent
Fullscreen 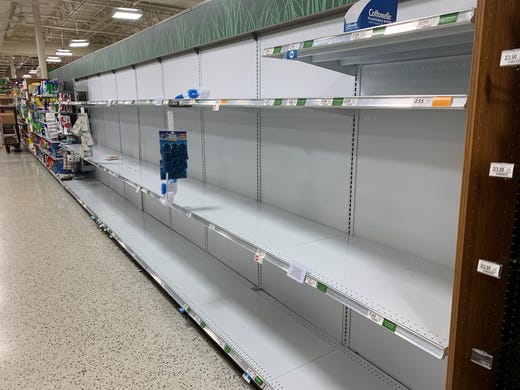 This is where you'd usually find the toilet paper and paper towels at the Public on Collier Boulevard, Marco Island on Sunday, March 15, 2020. Will Watts/Correspondent
Fullscreen

This bare shelf is not for toilet paper. No, this was once all pasta. And it was in short suplly Saturday, March 14, 2020, at Walmart on Collier Boulevard, near 41, in South Naples. Will Watts/Correspondent
Fullscreen

The city of Marco Island has canceled several events and services out of abundance of caution amid the worldwide coronavirus outbreak, according to top city officials.

Pizza with the Police and a CPR class, both scheduled in March, and fingerprinting services were canceled as three Collier County residents tested positive for COVID-19.

Frazzano said the department is also having personnel issues.

"We do have some people that are actually out sick already."

None of the department's staff is suspected of having the virus, according to Frazzano.

She said the department suspended its fingerprinting services as well.

"The county has canceled theirs already and we were starting to receive the influx from the county," Frazzano said. 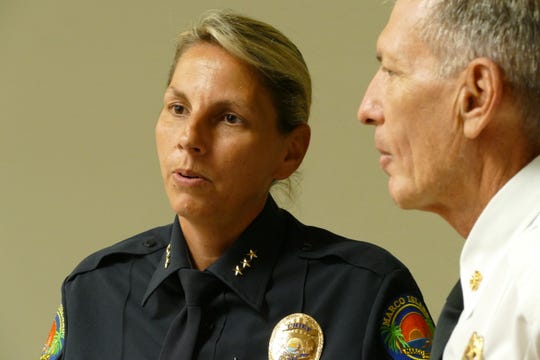 "Today we had a CPR class scheduled, we had a number of applicants and two people walked in," Murphy said. "We only had one other class coming up and our response was [...] people probably aren't going to show up."

Murphy said the department canceled the class as a precaution to avoid the spread of the virus.

"(The CPR equipment) would then have to be disinfected constantly," Murphy said.

Murphy said first responders are following standard procedures like they do in cases where a patient might have the flu.

"With flu cases there is a standardized SOP that tells us to put a mask on the patient, wear a mask yourself, and we also keep away non-essential personnel on those types of calls," Murphy said. "One person will go in when it's a flu case or anything like that and evaluate the patient to make a determination of what needs to be done."

"This is what we do everyday."

"We are encouraging everyone to follow the guidelines that has been put out by the CDC which include limiting your social interactions as much as possible, only go where you really need to go," McNees said on March 12. "All of those things would apply to a meeting like the City Council meeting."

"We'll make sure the room has been cleaned and that we have disinfected it as best as we're capable of."

"Based on the guidance from the Centers for Disease Control that public gatherings in excess of 50 people be curtailed, I have made the decision to suspend the operation of the Wednesday Farmers Market for this week," McNees wrote in an email on March 16.

On March 15, the Centers for Disease Control and Prevention (CDC) recommended that gatherings be limited to 50 people or less for the next eight weeks, with the day-to-day operation of schools and businesses excepted.

"We continue to look at the Parks and Rec schedule," McNees said. "We'll be ramping up our cleaning process certainly at Mackle Park and other public areas."

"As of now we don't have any other cancellations to announce."

More: Where is coronavirus in Florida? Use this map to track the outbreak of COVID-19

McNees said staff continues to monitor the situation closely and evaluate city operations. In the future, the city might consider options like closures or having staff working from home, he said.

"As of this moment, with no knowledge of any [...] community contamination or community spread of this disease other than three cases [...] that were travel related in Collier County, we don't have any sight that we need to directly restrict movement or close city hall."

McNees said the most important thing he wants to emphasize is that Marco Islanders need to follow the advice of the CDC and Florida Department of Health.

"That's something where people need to take individual responsibility."

The Marco Island Seafood and Music Festival has been canceled, according to its Facebook page. It was scheduled for the weekend of March 20.

"In an abundance of caution due to the recommendations regarding limiting potential exposure to COVID-19 and in keeping with the direction of Governor DeSantis’s recommendation to avoid large public events, the 2020 Marco Island Seafood and Music Festival has been cancelled," event organizers wrote.

For over 12 years the Marco Island community has come together for a weekend of good food and music all to benefit the less fortunate in the surrounding area.

"We hope to have their support at next year’s festival."

The arts and crafts vendors will still be at Veterans' Community Park from March 20 to March 22 and the entrance will be free, according to the event's Facebook page.

"For the first time in 20 years, we are canceling the Annual Business & Community Expo," the chamber wrote. "The health and well-being of our community is of the utmost importance."

Other cancellations in Marco Island