Marco Islanders went to three polling stations, all places of worship, to vote in the presidential primaries on Tuesday. 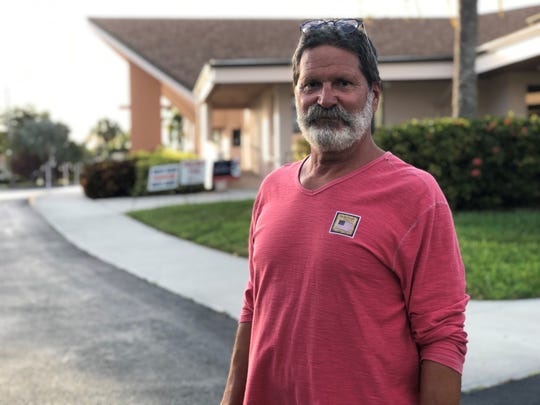 Marco Islanders went to three polling stations, all places of worship, to vote in the presidential primaries on Tuesday.

Brent and Lora Wenz said they both voted for President Donald Trump at the Marco Presbyterian Church polling location.

Brent Wenz said he had never heard of the candidates running against Trump. “I thought he was going to be the only one on the ballot,” he said.

“He does what he says he is going to do,” she said. “I obviously don’t like everything he says but he gets it done.”

Mike Hoeflinger voted for Trump at the Marco Lutheran Church polling location. Like at the Presbyterian church, there was no waiting line during evening hours.

“Immigration is wrong in this country," Hoeflinger said. “Trump is trying to correct that.”

Hoeflinger said the president is not in favor of a “borderless border.”

“If the whole world comes to U.S., which they would like to do, we wouldn’t have a country,” he said.

A third polling location in the city of Marco Island was located at Marco Lutheran Church.

Out of 2,972 people who voted in the Republican primary at these locations, 2,841 or 95.6 percent voted for Trump. The rest voted for Roque De La Fuente, Joe Walsh and Bill Weld.

Out of 1,163 people who voted in the Democratic primary at the same locations, 810 or 69.6 percent voted for former Vice-president Joe Biden.