An East Naples man was arrested Thursday after brandishing a firearm at a Marco Island car repair shop, according to the Collier County Sheriff’s Office.

This is a six-month review of the most-read crime stories in Collier County on naplesnews.com from September 2018 to February 2019. Wochit

An East Naples man was arrested Thursday after brandishing a firearm at a Marco Island car repair shop and threatening to return to shoot employees, according to the Collier County Sheriff’s Office.

Richard Sileo, 71, was charged with aggravated assault with a deadly weapon after witness said he made “disturbing statements” about shooting people at Gerber Collision on Marco Island if he had to return for additional repairs on his vehicle, according to the sheriff’s office. 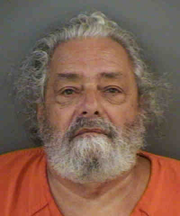 During the incident about 1 p.m.June 19, Sileo also asked a Gerber Collision employee if she had ever been shot with a bean bag gun and told her she would “go through the wall” if she was, according to the sheriff’s office.

Sileo lifted his shirt and removed a firearm from his right side before waving it, according to his arrest report.

About 45 minutes later Sileo walked into the Enterprise Rent-a-Car on Marco Island and “slapped a horse whip” on a table near the front desk then said, “I am here for my car,” according to the sheriff’s office.

Sileo also pulled a handgun from his waistband, pointed it toward the floor and said, “I got this too,” during the incident at Enterprise Rent-a-Car, according to the sheriff’s office.

An Enterprise employee told investigators he was not afraid of Sileo at the time because he had rented cars for him before, but he was uncomfortable with his behavior.

The next day Sileo and a Gerber Collision employee took Sileo’s repaired vehicle on an extensive test drive. Afterward, Sileo said if he had to return to Gerber Collision for any reason he was going to “shoot this place up,” according to the sheriff’s office.

Sileo was arrested just after 5:30 p.m. Thursday by the Collier County Sheriff’s Office.