The Marco Island City Council has indicated its support for placing three license plate readers on bridges, including two on the Jolley Bridge.

This is a six-month review of the most-read crime stories in Collier County on naplesnews.com from March 2019 to August 2019. Naples Daily News

Three license plate readers may be coming to Marco Island bridges in the next fiscal after a majority of the City Council supported their purchase during a budget workshop Monday.

Police Chief Tracy Frazzano qualified the purchase of the fixed readers as a “must-have” and indicated the desire to place two cameras on the S.S. Jolley Bridge to capture northbound and southbound traffic while the remaining camera would be used on the Goodland Bridge.

The police department estimated the purchase would have an immediate cost of $59,250 along with $27,207 in maintenance costs during the next five years. 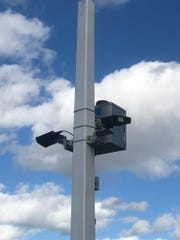 The city’s current use of license plate readers is limited to a mobile unit on one vehicle, which has been in place since 2015.

The readers can flag things like suspended or revoked drivers, wanted vehicles or suspects, vehicles tied to Amber or Silver alerts and people who have committed sex crimes against children.

Frazzano said the current system also flagged a person on the terrorist watchlist. 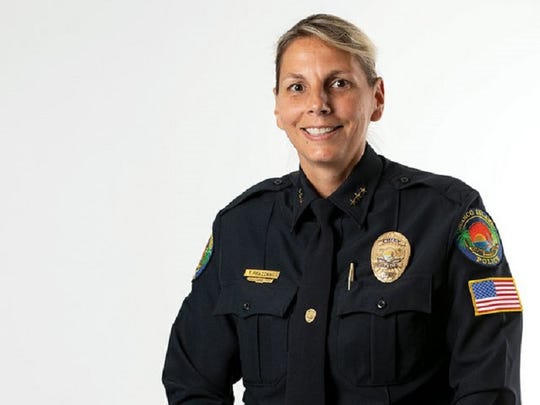 Of the more than 10,000 hits made by the mobile reader, the vast majority were for driver’s license or license plate, she said.

Frazzano added that if the police department’s request were implemented, it would be part of a system shared by 50 other law enforcement agencies in Florida, including several in Southwest Florida.

“If this plate-reading system has the ability to take one unlicensed, uninsured driver off the island, I’m for it,” Brechnitz said while drawing off his own experience of being in an accident with an unlicensed motorist.

The issues, which Frazzano anticipated in her presentation before the council, were about potential abuse and invasion of privacy.

“You’re in that public space and you don’t have that expectation of privacy,” she said while also mentioning that the city was already utilizing one.

Along with stating that the proposal would have “tremendous potential for abuse,” Grifoni noted that similar proposals had come before the council in the past and voted down over the same concerns. He also added that the city has remained among the safest cities in Florida without having the system in place.

“The need or potential need doesn’t appear to exist here at all in terms of any type of increase in criminal activity,” Grifoni said.

In terms of the similar types of abuse, data from the state’s Criminal Justice Standards and Training Commission shows that more than 250 officers have been disciplined for misusing their positions and improperly accessing databases such as the Driver and Vehicle Information Database(DAVID) and the National Crime Information Center(NCIC) in the last 13 years.

Some of the complaints include officers who improperly accessed databases more than 100 times.

The use of license plate readers is also being challenged in the court system.

“The last thing we need as a city and the last thing the police department needs is another lawsuit over something we could avoid,” Grifoni said.

Frazzano responded to Grifoni by reiterating that there would be policies and procedures in place regarding the access and use of data.

“A reason to say potential abuse kind of puts a thought in that you don’t think we’ll have a system in place to monitor it and the department will not be up to the standards to not abuse it,” Frazzano said. “That’s a little bit disheartening because we are a pretty strong police department here with high values and ethics and we’re looking to become a professional police department through the accreditation process.”

Honig would use Frazzano’s words against her, pointing out that the very reason she was hired was because of the indiscretions of the previous administration and distrust of the department.

“The recent history of the police department does not support that statement,” Honig said. “You were brought in to resolve these very matters. Over time, will you earn the trust? Absolutely, but I would rather see efforts devoted there.”