Collier County leaders took another step toward trying to bolster the county's affordable housing options, approving changes that officials say are of interest to at least one developer looking to build affordable homes.

Commissioners last week cast a series of votes on tweaks to the county's land development code that, among other things, will enable developers to pursue a voluntary program allowing them to build more homes if they include affordable units.

Commissioners unanimously voted to implement the increased density Tuesday, after residents and members of Collier's affordable housing advisory committee spoke about the need for more affordable homes in the county. 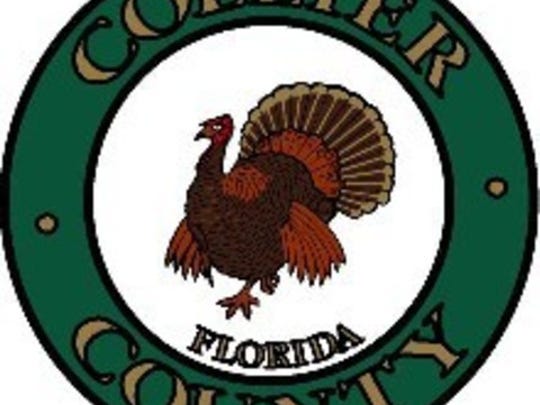 Commissioner Andy Solis said before the vote that not having the same kind of densities available for affordable housing as for other kinds of housing disincentives developers to build those homes.

"It has to be on par, at least, with the other kinds of housing," he said. "Because otherwise ... why would anyone that's in the construction and development business do it when they could do something else?"

Solis said affordable housing was needed to keep Collier's younger residents in the county, and rental housing could also become important to seniors who may choose to downsize.

"That is a growing trend, as I understand it," he said.

Lack of affordable housing is costly to county as a whole

A lack of affordable housing, Solis said, is also a "significant cost" to taxpayers and the community as a whole.

"It costs the county significant amount of money to continually train people to have them leave," he said. "It costs the hospitals that. It costs the school districts."

Tuesday's proposed changes came in front of county commissioners after they lacked the necessary votes to be passed at a January meeting and were continued. The amendments required approval from at least four out of five commissioners.

The new changes, which took effect Thursday, have already caught the eye of at least one developer.

Cormac Giblin, the county's housing and grant development manager, said in an email that he receives calls from prospective developers on a weekly basis looking for opportunities and incentives offered by the county to develop affordable housing.

He said he spoke to an out-of-town developer who had been following the process before the item was first heard in January.

"He put together the pro forma and said he was able to make a viable project," Giblin wrote.

But when the changes didn't pass at the January meeting, the developer called back and told him that the proposed project would not be feasible under the existing rules, Giblin said.

Under the old language, the project on about 30 acres would have meant a total of 360 units, but using the new formula that project would now increase to 480 units, he said. The developer did not mention where the proposed project would go, Giblin said.

Although she voted in favor of increasing the density bonus, Commissioner Donna Fiala expressed skepticism about the need for more available units and said she was concerned about overbuilding in the area.

Fiala said she was surprised to see how many places she has come across that are for rent.

"I have seen so many houses that are in February available on the market," she said before the vote. "I don't know why we're rushing to build more and more and more when it doesn't seem that it's accomplishing anything because there's so many empty."

On some of the other changes Fiala cast the lone dissenting vote.

One of the tweaks she opposed included changing the minimum number of required affordable housing units per development under the voluntary program from 10 units to 10 percent of the total units. The move, county staff said, was to correct a scrivener's error that was always intended to mean 10 percent.

"That makes a tremendous difference in what you're building, and I don't agree with that at all," Fiala said.

Fiala also cast the lone dissenting vote on an amendment that lengthens the time frame that an apartment under the program has to be kept affordable, from 15 years to 30 years.

Along with that change, commissioners also extended the term for owner-occupied affordable homes to 30 years, which means owners would have to pay a penalty based on a shared appreciation agreement if they sell the home before then.

Collier has long grappled with the issue of housing affordability, and commissioners still disagree on whether there is a need for affordable housing and how to assess that question.

An Urban Land Institute panel, hired in early 2017 to assess the situation, determined that the county was fast approaching a housing crisis.

A quarterly apartment survey that counts all affordable and market-rate units was completed by county staff in early January. It shows affordable apartments are still a rare commodity in Collier.

Of the 10,704 apartments on the list in the Naples area, 477 were available as of Jan. 7, Giblin told commissioners Tuesday.

Of those available, 215 were available only because of the grand opening of Inspira at Lely Resort, he said. Rents for a one-bedroom there start at $1,527, according to the county.

Giblin said only 47 available apartments in the Naples area fall under the county's cutoff for what it considers affordable rental housing, at less than $1,350 for a two-bedroom apartment.

Mary Waller, a member of the county's affordable housing advisory committee, pleaded with commissioners to pass the changes before Tuesday's vote.

"I think people are really afraid of the word 'affordable housing,' " she said. "But it's something that's desperately needed."

Litha Berger, who also sits on the committee, said other communities across the country are struggling with similar issues.

"They have the same problem, but a lot of them are working on it and coming up with solutions," she said.

Joe Trachtenberg, a board member of St. Matthew's House, said the county loses some of its best-trained deputies, firefighters and hospital workers who can't afford to live in Collier.

"I call upon you to consider seriously what we think is the next crisis," he told commissioners. "We had an opioid crisis. We now have an affordability crisis."

Connect with the reporter at patrick.riley@naplesnews.com or on Twitter @PatJRiley.