The evening’s speaker was councilor Bob Brown, who only had one hot issue he wanted to discuss: the Certificate of Public Convenience and Necessity.

Things got heated at the Caxambas Republican Club’s last meeting … and those ‘things’ were potatoes.

The club hosted a “Hot Potato Issues” event last Wednesday where members learned about some of the island’s ‘hottest’ issues while snacking on baked potatoes with all the fixins’.

Hosting events such “Hot Potato Issues” has allowed the club to return from the brink of extinction, club president David Rice said.

“When I got involved with the club several months ago, they had $11.35 in the bank and some 20 odd members. They were actually thinking about shutting down,” he said. “Now we have almost $5,000 and nearly 75 members, and I think part of that is because we’ve started doing events like this one.”

The evening’s speaker was councilor Bob Brown, who only had one hot issue he wanted to discuss: the Certificate of Public Convenience and Necessity (COPCN.)

“A year-and-a-half ago no one knew what a COPCN was,” he said, “and now it’s become a part of our everyday language.”

At the June 5 City Council meeting the councilors voted 6-1 to take a three-pronged approach to the issue of pursuing a COPCN, which would allow the city to operate its own ambulance services rather than relying on the county.

The first approach is perhaps the most straightforward: apply for a COPCN and hope the county grants it.

Brown pointed out that Marco Island is not the first municipality to apply for a COPCN; North Collier and the Seminole Tribe both asked for, and received, a certificate from the county, so it has been done before, he said. 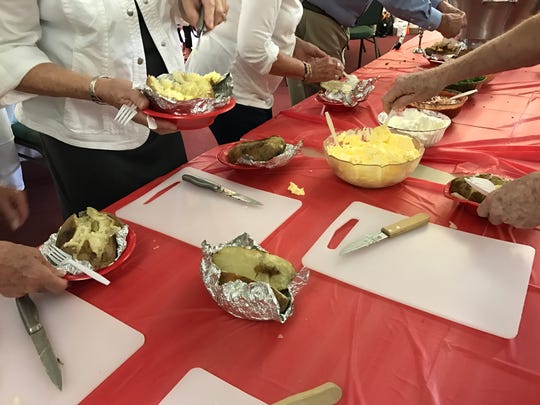 As for the costs involved, the city doesn’t have an exact estimate, but $2 million per year seems to be a fairly good guess, Brown said. Put in real terms, that means a house on Marco Island valued at $500,000 would pay an additional $100 per year in taxes, he explained.

And speaking of taxes, Marco Island pays $3 million in taxes to the county, and according to the county’s own estimates, it costs approximately $1 million to own and operate an ambulance, so why, then, does Marco not have three ambulances from the county, Brown asked.

The primary problem, however, is simply the uncertainty surrounding the entire situation.

One thing that isn’t uncertain though is the public’s desire, and the city’s need, for a COPCN.

“I’ve talked to a lot of residents about this and the majority are saying please, please, please move forward with this,” Brown said. “There’s just so much data to support it, and all we’re trying to do is take control of our own transport. It’s about home rule.”

Should the county deny the city’s request, there are two other approaches the city can take, one of which involves pursuing legislative action.

Brown quoted the words of council Chair Larry Honig, who was also at the event, from the June 5 council meeting: “I don’t think we’re being aggressive enough. Marco Island accounts for five percent of the county’s population, and at the same time accounts for 12 percent of the collected revenue. We’re a very strong contributor to the county.”

That’s why I like the three-pronged approach,” Honig said at the council meeting. “We need to play every damn card we’ve got. We’ve got a car with three accelerator pedals, so let’s push them. Let’s go.”