“I call the Marco Y a hidden gem,” Caskey said. “It’s a connector and a hub for the community.” 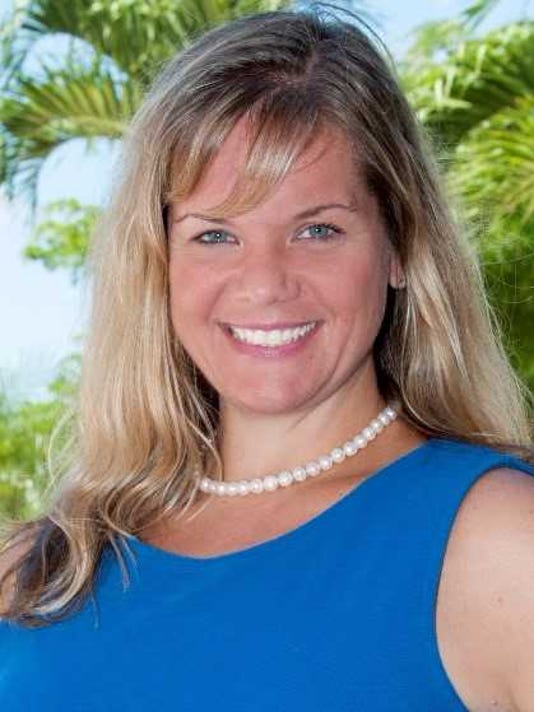 Just two days into her new job as Chief Development Officer for the Greater Marco Family YMCA, Katherine Caskey drew this observation from one of her new colleagues:

“I like her. She’s a whirlwind,” Donna Johnson, the Y’s grants coordinator, and herself an acknowledged go-getter, said.

Caskey has been with the Y for just over a month now, and already has an action plan that includes engaging donors, “telling the story of the Y” on Marco and particularly beyond its borders, and increasing funding as the organization grows and expands its programs.

“I don’t hang around, I like to be on the move,” said Caskey, whose background couldn’t be more appropriate for the job she’s taken on; her entire career has consisted of fundraising, both professionally and philanthropically.

At the moment, she’s the board president-elect of the Collier-Lee Chapter of the Association of Fundraising Professionals, and is VP of the Culinary and Hospitality Education Foundation, as well as board VP of development for the League Club of Naples.

Caskey’s most recent job was with Riley Philanthropy (Naples) as a fundraising consultant.

In fact, it was John Riley, a guest and impassioned speaker at the Y’s 2016 annual banquet, who suggested to Y CEO Cindy Love that she bring Caskey aboard.

Caskey's prior positions have either been in development or consulting, and besides working in Illinois in her early days, she has also done stints in Mexico, Latin America and Europe.

It follows that Caskey has a well-rounded world vision, and her fluency in Spanish, she says, provides her with “another cultural point of view.”

An artist’s impression of the design for the spacious new lobby at the Y’s headquarters off Sand Hill Road. (Photo: Submitted)

Rhode Island-born Caskey credits her mom, Thayer Caskey, with instilling in her a love for philanthropy, her mom having worked 35 years in fund development in Milwaukee and Chicago.

“I basically come from a family of fundraising,” she said.

Caskey is the first to emphasize that she is so impressed with all the Marco Y does in the community.

She wants to keep the publicity, fundraising and development ball rolling, and sees her role as upping the pace.

“I call the Marco Y a hidden gem,” Caskey said. “It’s a connector and a hub for the community, especially the children in East Naples and Everglades City in our camps and after school programs.”

She’s also excited about the Y’s expansion plans, the first phase of which is imminent with the remodeling of the foyer as well as the fitness center and the addition of 24-hour access.

Caskey, who devotes much of her off-duty time to her 4-year-old daughter Sofia, likes spin classes and Zumba workouts, and because of her international experience, is partial to Mexican, Spanish and Middle Eastern cuisine.

As for her own volunteerism, such as her upcoming presidency of the aforementioned Association of Fundraising Professionals and also being VP for CHEF over and above her Y duties, Caskey has a simple answer:

“You’re asking people to give. I need to be doing the same kind of thing,” she said.

To find out more about the Greater Marco Family YMCA and its wide variety of activities and programs for youth and adults, visit marcoymca.org.