The 7-Eleven on Marco Island was out of gas by Wednesday afternoon as residents rushed to fill up before Hurricane Irma. The entire island ran out gas around 7:30 a.m. but received additional shipments shortly before 10 a.m.(Photo: Lisa Conley/Staff)

Get out. Do not stay.

"This hurricane we're dealing with is Hurricane Andrew on steroids," Murphy said during Tuesday night's Marco Island City Council meeting. "If there is a place for you to go off island, out of the flood zone area, you need to do so now."

Interim City Manager Gil Polanco briefed the council on the city's plans for Irma, which turned into a Category 5 storm Tuesday morning.

Visit our Hurricane Hub for the latest coverage ►

"This morning we put in place our Comprehensive Emergency Management Program (CEMP) all while coordinating efforts with the county in order to staff the Emergency Operations Center," he said. "We urge our residents to develop a plan for their own families as the city prepares for this hurricane." 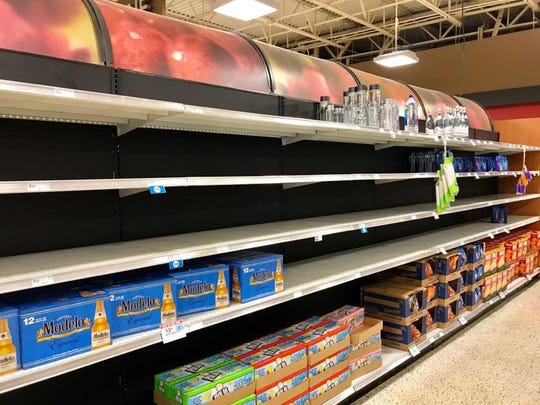 Publix on North Collier Boulevard on Marco Island was almost out of water by Wednesday afternoon as residents rushed to stock up before Hurricane Irma. Stores began running out of supplies as early as Monday. (Photo: Lisa Conley/Staff)

More: Collier County Sheriff Rambosk: 'Do not wait' to leave before Hurricane Irma

Most homes and businesses on the island are only elevated 9 to 11 feet above sea level, which means they're extremely susceptible to flooding from storm surges, Polanco said; in fact, the city usually issues a mandatory evacuation for Category 1 storms.

"A Category 1 hurricane can produce storm surge at a high tide that would inundate large portions of the city, causing major flooding in both residential and commercial areas," he said. "As you know, we're expecting a Category 5." 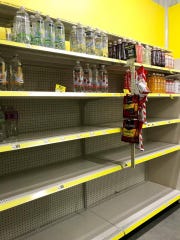 The Dollar General on Marco Island was out of water by Wednesday afternoon as residents rushed to stock up before Hurricane Irma. Stores began running out of supplies as early as Monday. (Photo: Lisa Conley/Staff)

The city currently has $4.8 million in reserves to assist with operations during the hurricane and repairs afterwards. It also has plans to issue bonds should the storm be "catastrophic," Polanco said.

The city enacted a voluntary evacuation early Tuesday evening, and city officials say they'll follow the county's lead with regard to issuing a mandatory evacuation.

Despite its name, a mandatory evacuation does not mean residents will be forced out of their homes, Murphy said; however, he strongly encourages all residents to heed the evacuation orders.

"We will not come to residents; we will not force them out of their houses," he said. "We can only tell you it's in your best interests to leave the island and enact your plan."

If residents decide to stay, they should not plan on receiving assistance from emergency personnel, Murphy said.

"You're on your own for 72 hours, at least. Do not anticipate us being there for you," he said. "The problem with Marco Island is in a Cat 5 storm, you are going to drain the resources of the Fire Department and Police Department in attempting to rescue you, so we really ask the residents to leave.You are placing you and your family and us in harm's way." 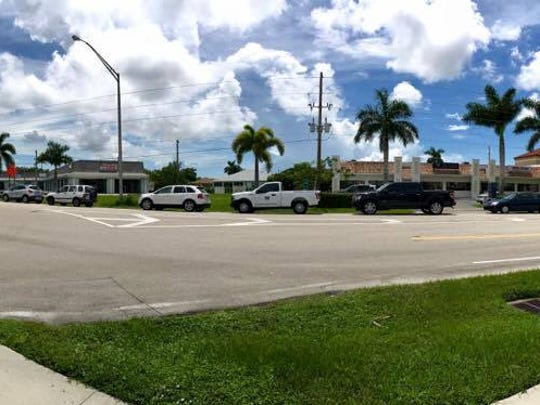 A panoramic photo of cars lined up down the street to get gas at the Marathon on Marco Island on Wed. Sept. 6, 2017 before Hurricane Irma hits. The entire island ran out gas around 7:30 a.m. but received additional shipments shortly before 10 a.m. (Photo: Lisa Conley/Staff)

Should the storm remain a Category 5 with Southwest Florida at the center of its path, Fire-Rescue personnel might not stay on the island.

"In a Cat 5 storm, we may even leave the island," he said. "You cannot realize what a catastrophic destruction will take place with a Cat 5 storm. Andrew brought society back to anarchy, and it was weeks before power was restored."

The City of Marco Island will keep its residents updated through its website, Twitter accounts and Code Red notification system, which residents can sign up for online.

Frequently Asked Questions provided by the City of Marco Island

Will the bridge be closed?

There are no plans to close the bridge or shut down essential services like utilities; however, physical damage to the infrastructure due to the storm could result in that occurring.

Do we have to evacuate? Should we evacuate?

No evacuation order has been issued, but it is recommended.

Should I turn off my house alarm?

Should I put up my shutters?

That is up to the homeowner to decide. They know what is best for themselves and their home.

Will trash be collected on Thursday/Friday?

Trash, recycling, yard waste or bulky item collection has not yet been canceled. Collection containers should be stored inside to prevent them from being affected by winds from the storm. For information on trash/recycling collection, call 239-252-2380.

Call 800-599-2356 to report issues with power.  Residents are reminded that when traveling, if traffic lights are dark, drivers should treat intersections as four-way stops.

Collier Area Transit may cease bus service due to weather conditions. At this time there have been no indications of timeline.