County commissioners have made it clear that they will not grant the city a COPCN, nor will they provide the island with a second ambulance.

The Marco Island City Council will meet at 5:30 p.m. Wednesday in the community room, 51 Bald Eagle Drive, to select the city manager finalists.

Marco Island firefighters respond to a medical emergency in this file photo. The Marco Island City Council voted 7-0 Tuesday to apply for a Certificate of Public Convenience and Necessity (COPCN), which would put the city in charge of its own ambulance services.(Photo: Lance Shearer/Correspondent)

This story has been updated since its original publication on Oct. 18, 2017.

The Marco Island City Council met Monday night and discussed its next step in obtaining a Certificate of Public Convenience and Necessity (COPCN) without the county's permission.

In June council decided to take a three-pronged approach to the issue of pursuing a COPCN, which would allow the city to operate its own ambulance services rather than relying on the county.

County commissioners have made it clear that they will not grant the city a COPCN, nor will they provide the island with a second ambulance, thus exhausting the council's first two prongs. The councilors have now begun to pursue the third and final prong, which involves changing state law.

“I’d also like to engage our lobbyists and begin the process for the potential of setting as a legislative priority amending state law to achieve the granting of a COPCN through the municipality rather than through the county,” Jared Grifoni, Marco Island City Council vice-chair and author of the multi-pronged resolution, said at the June 5 council meeting.

More: County to city: You don't need a second ambulance

At Monday's council meeting Chair Larry Honig said he spoke with state senator Kathleen Passidomo about the issue and she expressed some concerns. Namely, she wanted Marco Island leaders to two questions: How much will it cost and have the citizens approved it?

Right now council doesn’t know the answer to either of those questions. 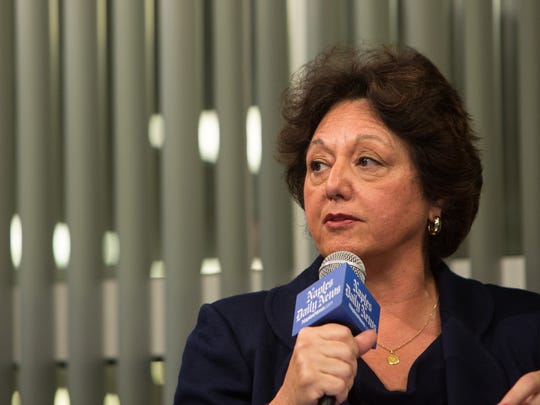 “I don’t know how much it will cost. My guess is it begins with a two and ends with a million,” Honig said. “And in terms of the citizens, I don’t know. We’ve had much testimony from people who are in favor of it, but we don’t know what the citizens would say in a referendum, especially if that referendum is tied to a dollar amount.”

According to Honig, Passidomo recommended that council wait until the next legislative session; however, some councilors believe they've already waited long enough.

"I can certainly understand (her) hesitancy to support something that hasn't gone before the voters," Grifoni said Monday night, "but frankly that's what happens in the legislature on every single bill they have to evaluate. In my view, this is kicking the can down the road another year. I think we'd be doing the community a disservice by just saying, 'Hey let's wait until 2019 because it might be a better situation.'"

On Wednesday night Grifoni said he called Passidomo to address her concerns. He explained that there's a local provision in the bill that will prevent it from being implemented on Marco Island should a referendum reveal that the majority of citizens do not want a COPCN.

Her other concern, the cost, would be figured out prior to the referendum.

Grifoni said that during their conversation, Passidomo verbally committed to supporting the bill. Rep. Bob Rommel has also agreed to sponsor the bill in the house.

On Thursday Marco Island councilors met with the Collier County state legislative delegation to discuss priorities for the 2018 legislative session; all three delegation members - Passidomo, Rommel and Rep. Bryon Donalds - voted to support the local bill, but with a few stipulations.

First, the referendum must be on the August 2018 primary election ballot. Passidomo originally wanted the approval rating to be 60 percent or higher, but eventually agreed to a simple majority.

Council must also file a COPCN application with the county and figure out the cost of operating its own ambulance service before the bill is presented to the legislature.

Council passed resolutions approving the conditional use request for the construction of a cut in nautical garage, recognizing Florida City Government Week as Oct. 23-29, and authorizing the selection of roadways to be resurfaced in fiscal year 2018.

Randal Perkins, chairman of AshBritt Enviromental, the company spearheading the Hurricane Irma debris removal, presented a progress report and assured both the councilors and the public that his team is doing all they can to remove the debris as quickly as possible.

Council also heard from Ruth McCann, chair of the Beach Advisory Committee, who gave them an update regarding the committee's activities, and urged them to consider banning plastic straws from beachside restaurants.