Marco Island City Council approved a proposal to install art wraps on the city's 10 utility boxes. The project is estimated to cost over $6,000. 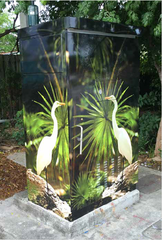 The project is estimated to cost more than $6,000 which will include the installation and warranty of the wraps, according to Shelli Connelly, member of the city's Beautification Advisory Committee.

Councilor Sam Young said he supports the idea after seeing art wraps in other Florida cities.

"We passed by several of these boxes covered in really pretty wrap around themes of South Florida," Young said. "It was startling the difference when you saw one that wasn't covered."

"I can tell you from anecdotal experience [...] this is good investment and it makes the community looks better." 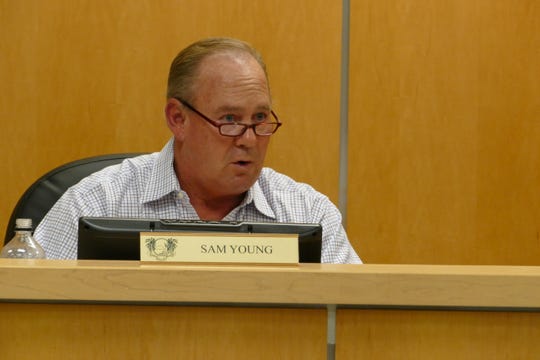 Marco Island city councilor Sam Young said the proposal to install art wraps on the city's utility boxes is a good investment. In the picture, Young speaks to City Council in a meeting on Dec. 2. (Photo: Omar Rodríguez Ortiz/Staff)

Councilor Howard Reed was the only member who voted against the proposal because of the message it sends. Councilor Charlette Roman was absent.

"I don't support public art because I think it sends the wrong message," Reed said. "It sends the message that we have plenty of money that we have taken in the form of taxes and we are looking to do something with it."

"And as a fiscal conservative I'm troubled by that." 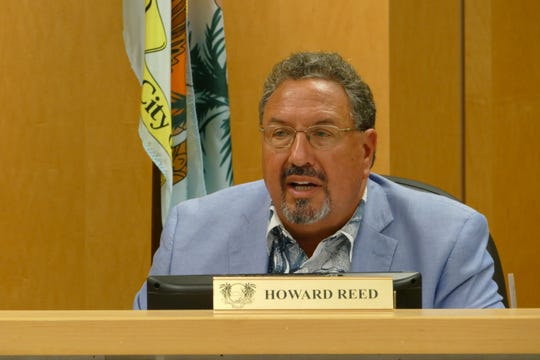 Marco Island city councilor Howard Reed was the only member who voted against the proposal to install art wraps on the city's utility boxes. In the picture, Reed speaks to City Council in a meeting on Dec. 2. (Photo: Omar Rodríguez Ortiz/Staff)

The committee will start by seeking people to submit artwork for the wraps, according to Connelly.

"As soon as this is approved I think we are in a position to move forward with it immediately," Connelly said at the meeting.

The committee was close to acquiring $5,000 through community donors to award $500 to each artist whose artwork is selected for the wraps, Connelly said in a committee meeting on Nov. 13.

"There needs to be some sort of compensation to the artists to ensure that the highest quality artwork is submitted," Connelly said.