Defective drywall lawsuit reaches settlement, a decade after Chinese product forced many from their homes

Defective drywall lawsuit reaches settlement, a decade after Chinese product forced many from their homes

Make sure you’re aware of these expert-approved tips before buying your first home. USA TODAY

After a decade of litigation, more than 1,800 Florida homeowners who bought homes made unlivable by drywall manufactured in China will be sharing in a $248 million settlement.

Defective drywall that caused damage to property and health concerns hit people in 44 states, estimated at as many as 20,000 homes. Florida had the most. The drywall materials reacted to produce fumes that corroded fixtures. The gas smelled of sulfur and raised health concerns.

The settlement approved by a federal judge in New Orleans last month resolves two suits — and potentially more than 3,000 claims —  filed against Taishan Gypsum Ltd., the China-owned company that sold much of the defective drywall in the United States, beginning in 2009. 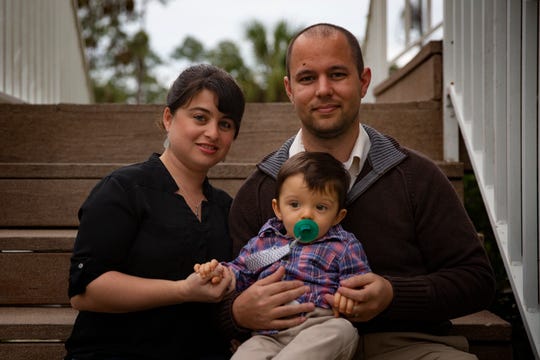 The Biltz family, Shane, Darlene and their son Vincent, 1, pose for a portrait at their home, Friday, Feb. 7, 2020, in Golden Gate Estates. The couple had to delay starting a family because of health issues caused by exposure to fumes created by drywall made in China that was used to build their home. (Photo: Jon Austria/Naples Daily News USA TODAY NETWORK - FLORIDA)

Victims include Shane and Darlene Biltz of Collier County, who thought they had found the perfect home to raise a family, a 3,300-square-foot residence in Golden Gate Estates.

More: How to file a claim to be part of the $248 million Chinese drywall settlement

Drywall installation became big business in Florida between 2004 and 2006. A building boom spiked demand for drywall. Then, extensive repair and replacement damage to buildings in Gulf Coast states inflicted by hurricanes Rita and Katrina in 2005 added to the pressure on supplies.

With domestic inventory tight, builders and suppliers turned to China. Slowly, tales began to emerge of an odor of sulphur in the homes and unexplainable corrosion to fixtures. 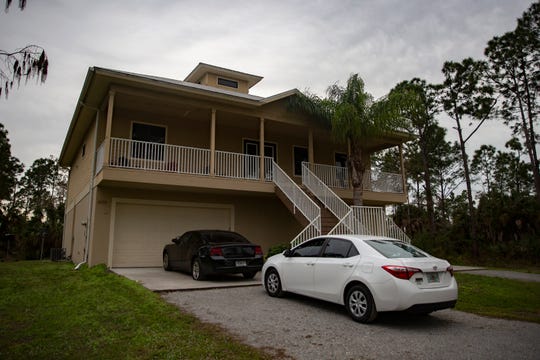 The gas began to cause damage to the homes and raise fears that the contaminated air was a threat to the health of residents.

As the housing boom was replaced by the Great Recession, homes that had lost much of their value were abandoned. Crashing property values made walking away the choice for many.

Previous coverage in The News-Press

More than individual homeowners were affected.

Lennar Corp., a major homebuilder in the state, said in a government filing that it had found the faulty drywall in hundreds of homes that it had built and put $40 million aside to fix it, while pursuing legal action against subcontractors who used the drywall.

WCI Communities Inc. of Bonita Springs, a prodigious builder of luxury homes in Southwest Florida, filed for bankruptcy in 2008 as claims against it mounted. The company cited the bottom falling out of the housing market in Lee County. WCI eventually discharged billions of dollars in debt, as well as its obligation for at least 100 homes with the drywall problem  in a bankruptcy reorganization. Secured creditors took control of the company and sold it to Lennar for more than $640 million. 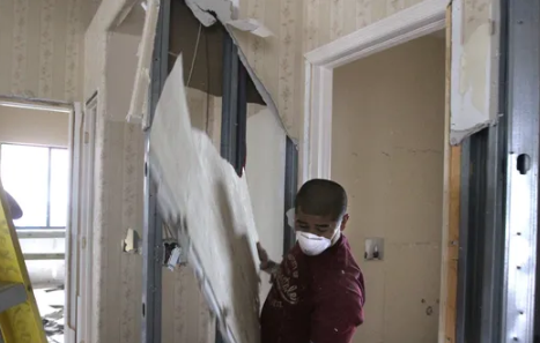 Worker removes China-manufactured drywall from a Southwest Florida home. The drywall is blamed for emitting hazardous fumes that made people sick and buildings uninhabitable. A federal lawsuit over the drywall has been settled. (Photo: News-Press file phoeo)

Edwardo and Carmen Amorin filed suit in U.S. District Court in Miami in July 2009. Stephen and Diane Brooke filed suit in Virginia in 2015. Both cases were against Taishan.

The cases were assigned to the federal court system's multi-district litigation docket, and were all overseen by a single judge in U.S. District Court in New Orleans.

The victims will be notified of their settlement amounts by a court-appointed expert who will use factors such as the size of the property and which of multiple class action suits the individual property owners joined in determining what they will be paid.

Individuals who are covered in the Amorin suit may receive higher payouts because that suit was filed earlier. The judge's settlement decision said a lot more groundwork for the case was done in the class action led by the Amorins than the suit initiated by the Brookes

As the case churned through the preliminaries toward potential trial, scientific evidence of health and safety issues raised by the drywall mounted.

The Florida Department of Health had reported in 2009 that the fumes led to corrosion of evaporator coils in air conditioning units as well as corrosion of electrical connectors, copper wires and chrome-plated fixtures.

A 2014 report from the federal Agency for Toxic Substances found health issues caused by exposure to sulfuric gasses and hydrogen sulfide released by drywall imported from China. The report suggests the emissions were highest in drywall manufactured between 2006-2009.

Exposure made some existing conditions worse, such as eye, ear, nose and throat problems. Some people who came in close contact with the material suffered respiratory discomfort, and general malaise, the report said.

As the drywall plague deepened, the U.S. Consumer Product Safety Commission called for replacement of problem drywall, and warned that the fumes could even damage  smoke and carbon monoxide alarms, electrical switches and circuit breakers, even some types of fire protection sprinkler heads. 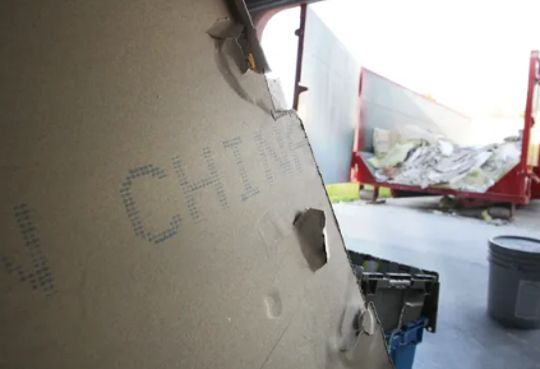 Drywall made in China and imported to Southwest Florida during the building boom of the early 2000s was blamed for medical issues. A federal lawsuit over the use of the drywall has been settled. (Photo: New-Press file photo)

Last month, U.S. District Judge Eldon Fallon approved the settlement for people who sued in the cases started by the Amorins and the Brookes.  Litigants said the settlement avoids the risk of long and costly trials with an uncertain outcome.

Others think the lawyers could have done a lot better. 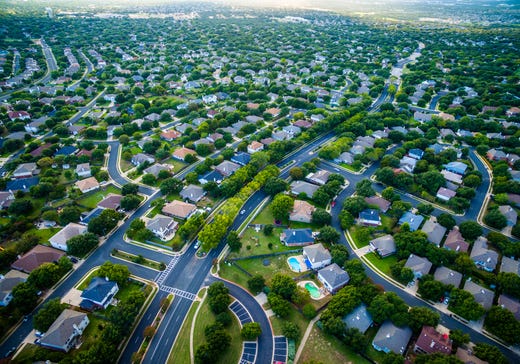 To identify the best cities to live in, 24/7 Wall St. created a weighted index of 25 measures that fall into one of four categories: affordability, economy, quality of life, and community. The weighted index includes information from the U.S. Census Bureau, the FBI and other sources. RoschetzkyIstockPhoto, Getty Images/iStockphoto
Fullscreen 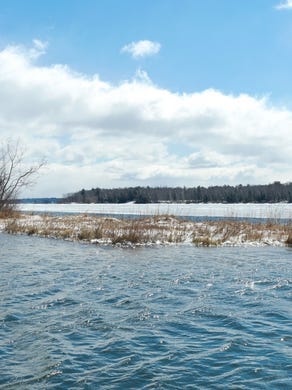 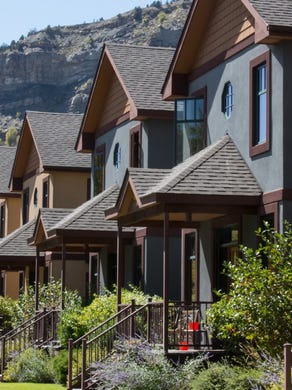 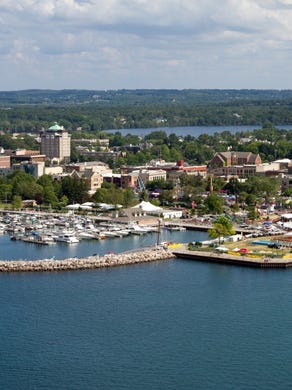 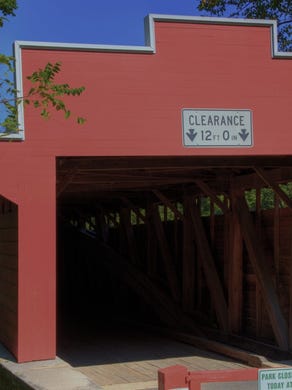 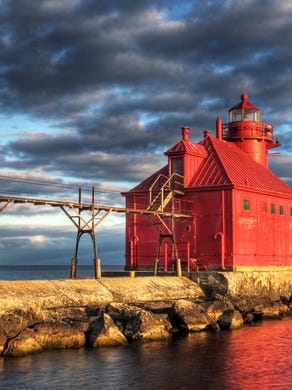 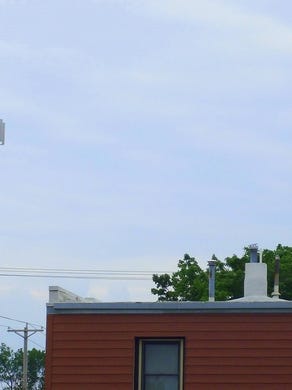 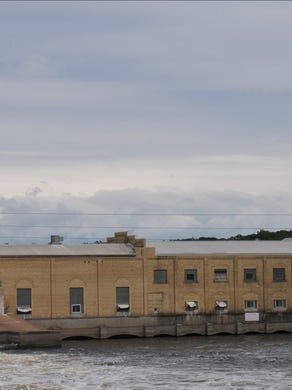 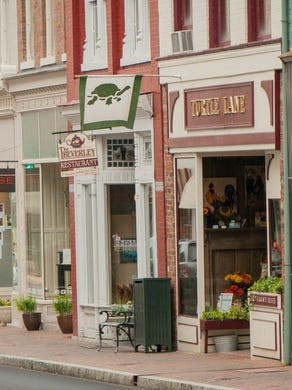 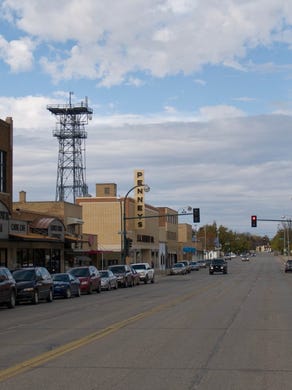 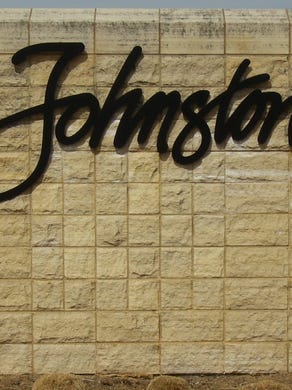 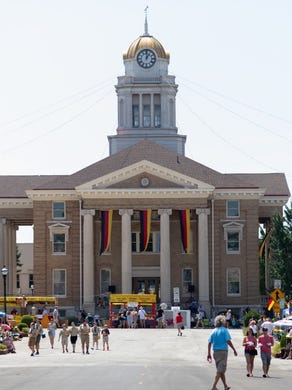 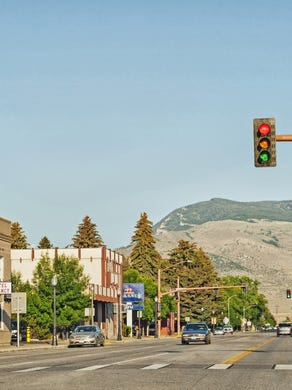 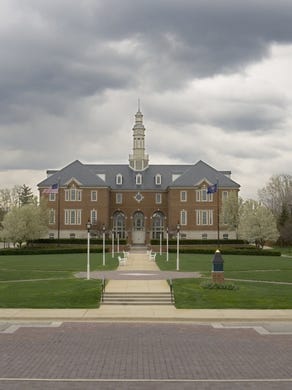 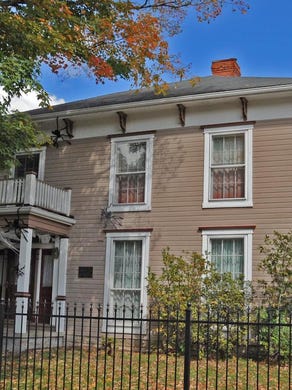 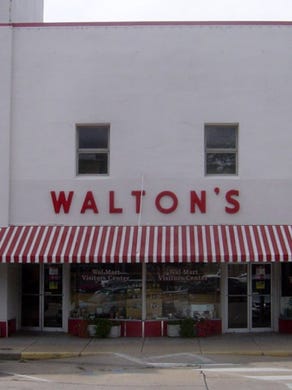 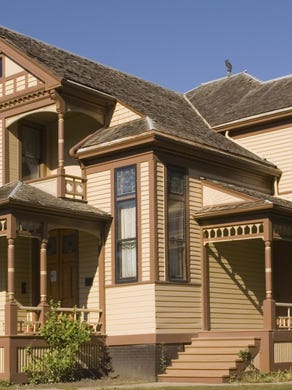 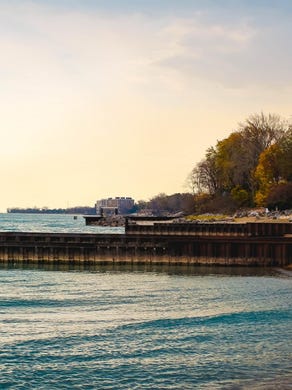 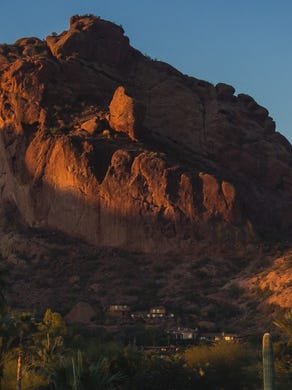 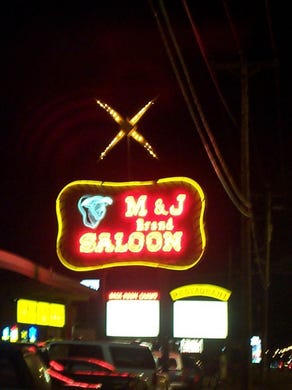 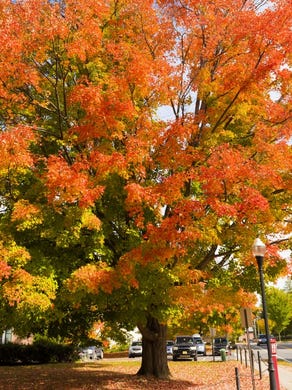 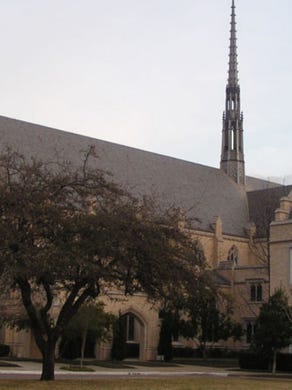 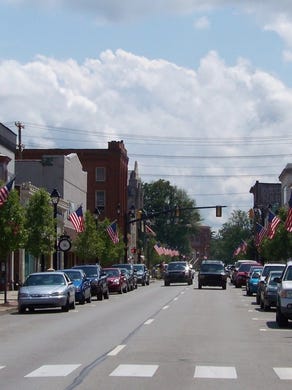 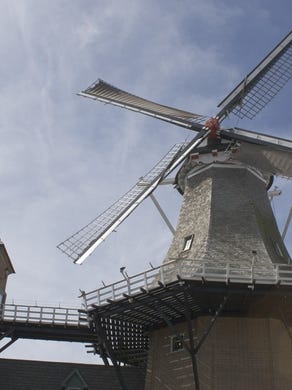 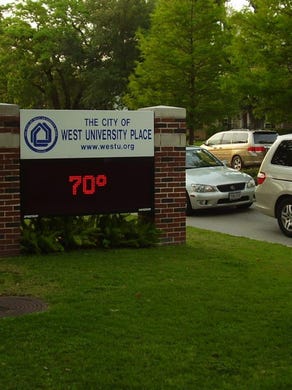 Cape Coral resident Russell Moody, in an-email to The News-Press, was critical of the judge for approving the negotiated settlement.

Moody argues that in his case, it will pay only a fraction of the estimated $163,000 it would cost to remove the offending drywall — and its effects — from his home. He is among the people who sued that have not removed the drywall.

"It is a cleverly worded rationale, obfuscated in legalese and based on faulty and mischaracterized information, for approving a settlement that deprives over a hundred SW Florida residents of hundreds of thousands of settlement dollars that they are legally entitled to,"  Moody said.

Judge Fallon overruled the objections of Moody and 26 others in finding that the settlement was "fair, reasonable and adequate."  He ordered payment of nearly $50 million in attorneys' fees and costs from the settlement proceeds.

Attorney Pete Albanis, of Orlando-based Morgan & Morgan, said the ultimate decision to recommend settlement was based on weighing the risk and expense of further litigation against the chance of getting more money in a case that had been in court for more than a decade.

Even winning a judgment had no guarantee of success. 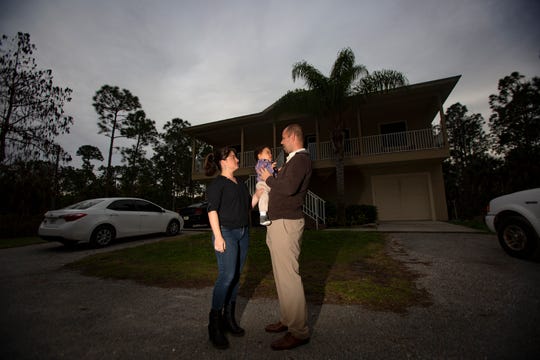 “If we were to continue the case, meaning there would be no settlement and people’s cases would proceed to trial, there would be some serious concerns and potential problems that homeowners would face with respect to collecting in China,” Albanis said. “This is one of the most difficult class actions that has been ever been pursued.”

Ultimately, the victims of the Chinese drywall will be paid pennies on the dollar for the damage to their homes and possibly to their health.  The emotional strain of a decade lost will not be compensated.

The Biltzes decision to move out was based on the expense of fixing their home. Instead, they disclosed the issues with the house and found a tenant who would rent it.

The couple's plans to start a family had to be put on hold, on the advice of Darlene's doctor, because of the uncertain effect drywall fumes might have on an unborn child.

"They said no, you may want to give yourself time to have your body detox, they didn’t know what kind of effects it might have on a baby,"  she said.  "We finally have a one-year-old son, he is healthy and happy."

A federal judge has issued a final order in the $248 million drywall settlement that includes a master list of more than 3,000 drywall victims.

If you're not on the list, the judge has set Wednesday as the deadline to file a claim to be eligible for any money. Visit chinesedrywallsettlement.com for more information.