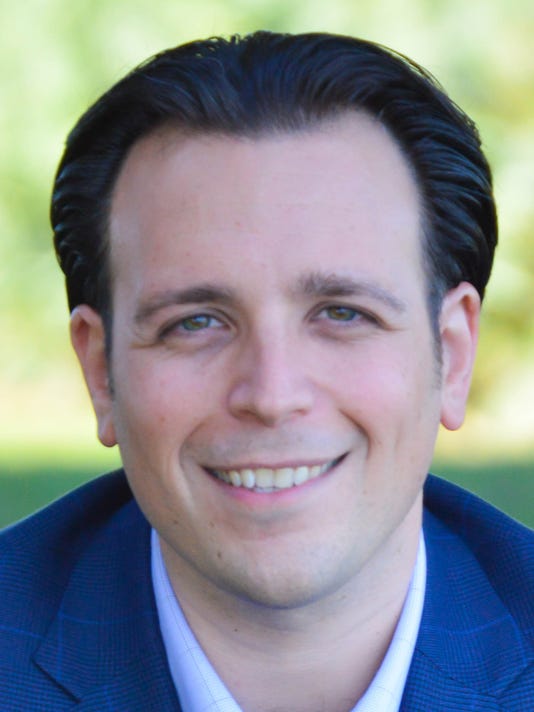 The fifth-place candidate was Jerry Swiacki with 9.58 percent of the votes, followed by Fred Kramer and incumbents Ken Honecker and Amadeo Petricca.

Frontrunner Grifoni has taken on a variety of roles since moving to Southwest Florida. In 2008 he purchased Collier County’s four Dunkin’ Donut locations, eventually expanding the area’s franchise to include 20 locations; in 2013 he began hosting “Resistance Radio,” a bi-weekly radio show where he discussed national, state and local news with an emphasis on politics; and in 2015 he helped organize more than 800 residents who worked with the Board of County Commissioners to repeal outdated job-killing regulations.

“This shows that my message of a united Marco Island resonated with people and that they’re tired of discord and disagreement,” he said, “and I’m ready to make a real difference.”

Like Grifoni, Roman has worn many hats throughout her life, specifically during her 26 years in the Army. In 1989 she was present with Allied Forces to see the first East Germans cross Berlin’s Glienicke Brücke after the fall of the Berlin Wall; in 1995 she became a commander at Fort Bragg in North Carolina; and in 1999 she was named garrison commander at Fort Gordon in Georgia.

She also has extensive volunteer experience, having been involved with more than a dozen community activities. Now she’s looking forward to serving the community in a different capacity as a city councilor.

“Marco Island stood up and said, ‘We deserve a professional City Council that operates in the sunshine,’ and I’m so proud of them for that,” she said, “and I’m going to give them that fresh start that they want.”

One of the winners isn’t a fresh start but instead a familiar face: Honig.

Before serving on the City Council, Honig was chairman, chief executive officer and chief information officer for a variety of national and international companies; he was a partner in the management consulting firm McKinsey & Co.; and he started his own retail consulting company in 2006.

Marco Island residents elected Honig to the City Council in 2012, five years after he started calling the island home, and now he’ll be on the council for four more years.

“I’m very humbled to have been asked to return to City Council,” he said, “and I’m looking forward to the future.”

Reed decided to run for the City Council because he wanted to ensure that the island was an enjoyable place for his children and grandchildren to call home, but Reed didn’t always call the island home. He grew up in Ohio and attended Grace College & Theological Seminary in Indiana, where he received two undergraduate degrees. He started a medical electronic design company while earning two master's degrees, and he continued to grow his business after graduation.

And, just like when he was in school, he’s ready to work hard as a city councilor.

“This feels wonderful,” he said. “It’s been a long and hard campaign, but the real hard work starts now as we fulfill all of the promises that we’ve made.”

Laurie Cowan Phillips, 65, of Old Naples, campaigned outside New Hope Ministries for Hillary Clinton on November 8, 2016. "I've actually gotten more support than heat. I was surprised and thrilled that so many people were giving me a thumbs up." Annika Hammerschlag/Naples Daily News
Fullscreen

Hal Cardaci, a volunteer for the Gail Dolan campaign, makes a call while campaigning outside the precinct at North Collier Regional Park in Naples Tuesday afternoon, November 8, 2016. Darron R. Silva/Special to the Naples Daily News
Fullscreen 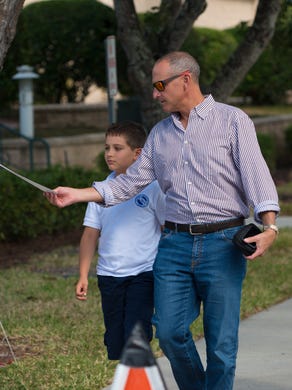 Mike Barnes, left, a Democratic volunteer, hands a sample ballot to Edward Kaufman, who brought his son Herman along as he went to vote at the St. Ann's Jubilee Center in Naples on Tuesday, Nov. 8, 2016. On the right is Republican volunteer Rick Lussy. Darron R. Silva/Special to the Naples Daily News
Fullscreen 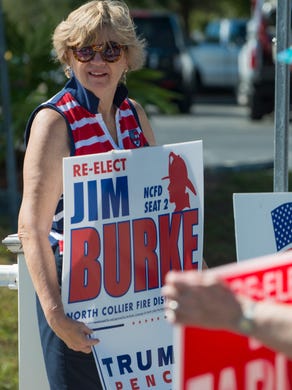 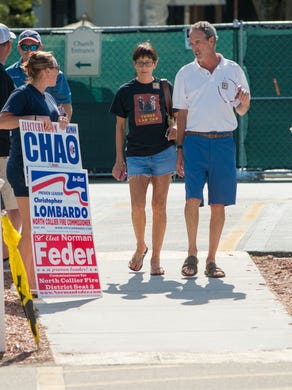 (Left to right) Marco Island residents Dale Danek Downey, Jimmy Downey and Yvette Benarroch show support for GOP presidential candidate Donald Trump outside of Precinct 193 on Election Day, Tuesday Nov. 8. The trio has been visiting various places around the island and said most of the feedback they've received has been positive. Lisa Conley/Naples Daily News
Fullscreen

Emily Thoemke waits to give voters information outside of Quality Inn Golf & Country Club in Naples, Fla., on Tuesday, Nov. 8, 2016. Logan Newell/Special to the Napl
Fullscreen 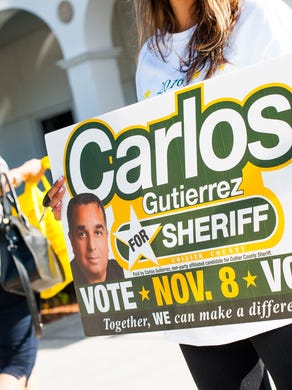 A woman holds a sign endorsing Carlos Gutierrez for Sheriff of Collier County while outside of the Collier County Library in Naples, Fla., on Tuesday, Nov. 8, 2016. Logan Newell/Special to the Napl
Fullscreen

Ray Ahrens holds a sign endorsing Democratic candidate Hillary Clinton as he waits for voters outside of Oasis Naples Church in Naples, Fla., on Tuesday, Nov. 8, 2016. Logan Newell/Special to the Napl
Fullscreen

A woman holds a sign endorsing Rebuplican candidate Donald J. Trump while outside of Living Word Family Church in Naples, Fla., on Tuesday, Nov. 8, 2016. Logan Newell/Special to the Napl
Fullscreen

Voters wait in line before the polls open at Living Word Family Church in Naples, Fla., on Tuesday, Nov. 8, 2016. Logan Newell/Special to the Napl
Fullscreen

Voters wait in line before the polls opened at Living Word Family Church in Naples, Fla., on Tuesday, Nov. 8, 2016. Logan Newell/Special to the Napl
Fullscreen

Voters wait in line before the polls open at Living Word Family Church in Naples, Fla., on Tuesday, Nov. 8, 2016. Logan Newell/Special to the Napl
Fullscreen 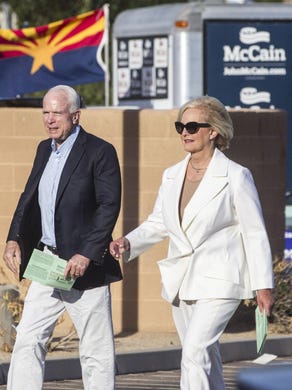 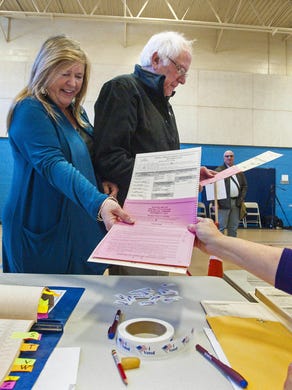 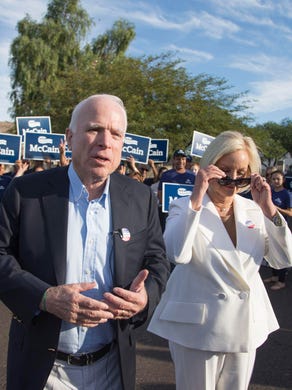 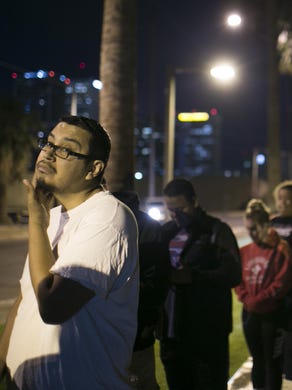 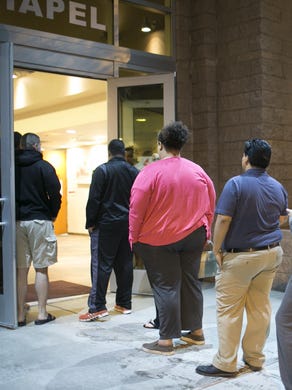 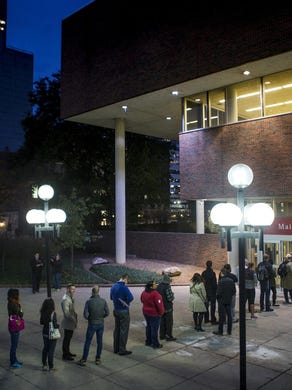 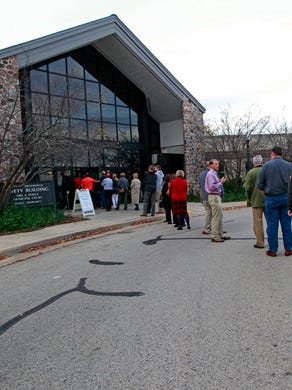 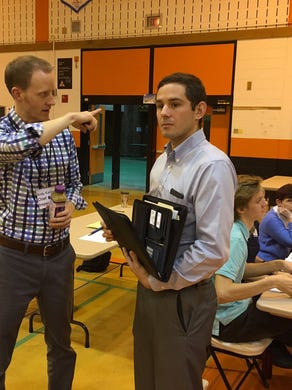 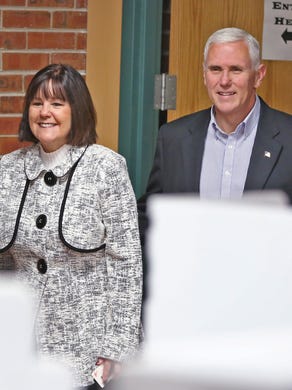 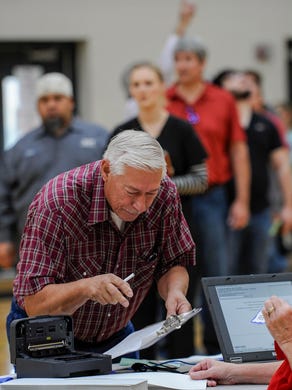 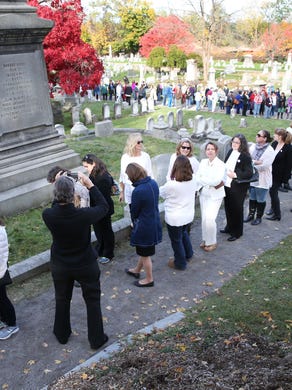