The first five floors of guest rooms are open, and all 11 floors will be open, said general manager Steven Falciani. 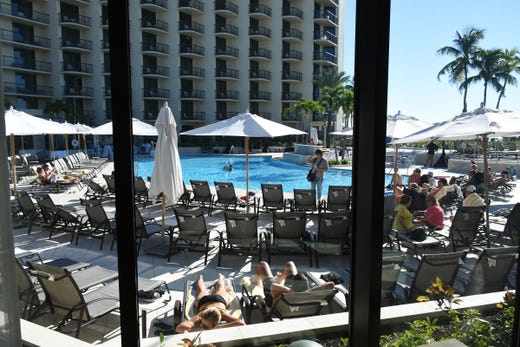 The Hilton Marco Island Beach Resort & Spa has reopened for guests after a $60 million renovation. Lance Shearer/Special to the Marco Eagle
Fullscreen 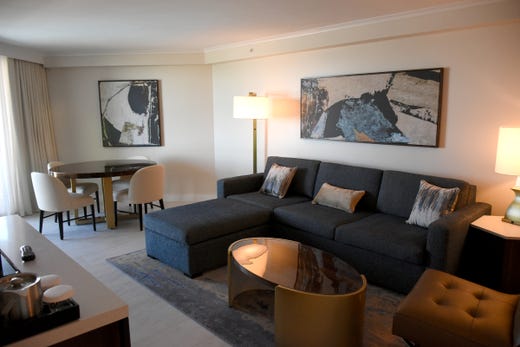 Guest rooms at the Hilton Marco Island Beach Resort & Spa, including this suite, were redone from the drywall to the furniture, as part of the hotel's $60 million renovation. Lance Shearer/Special to the Marco Eagle
Fullscreen 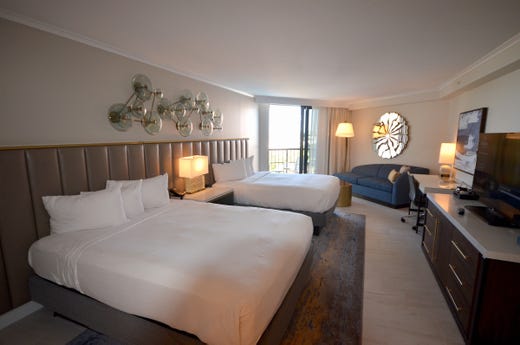 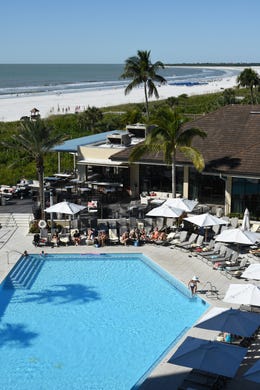 One thing that hasn't changed at the Hilton is the view. The Hilton Marco Island Beach Resort & Spa has reopened for guests, in time for Thanksgivng and the upcoming winter season, following a 1.5-year $60 million renovation. Lance Shearer/Special to the Marco Eagle
Fullscreen 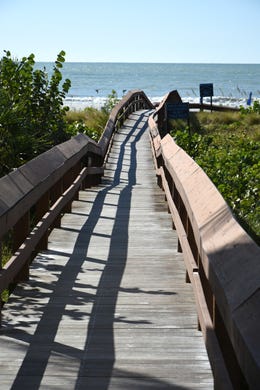 One of the Hilton Marco Island Beach Resort & Spa's boardwalks to the Gulf beach. Lance Shearer/Special to the Marco Eagle
Fullscreen 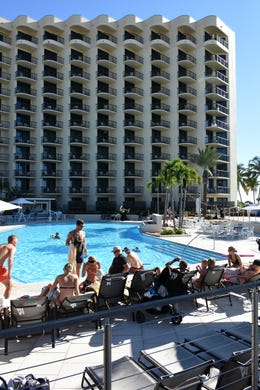 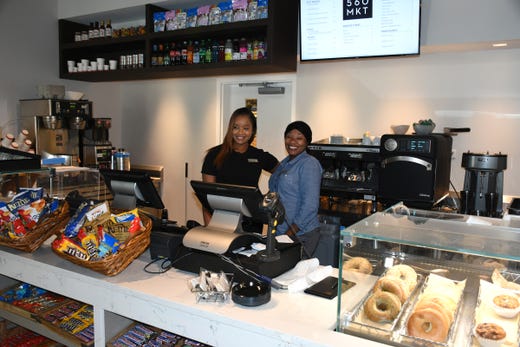 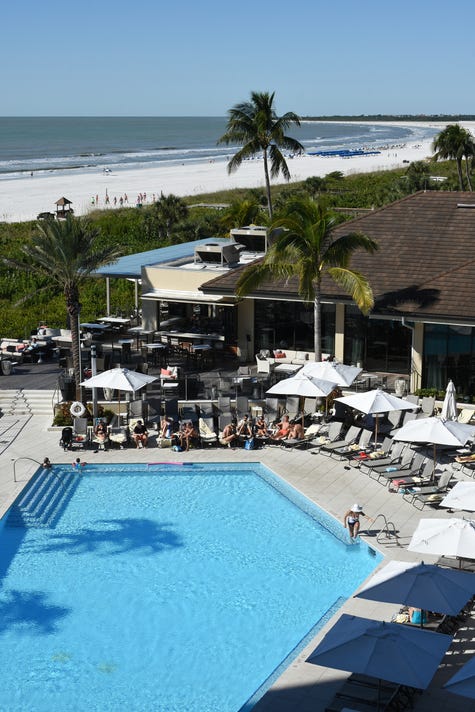 One thing that hasn't changed at the Hilton is the view. The Hilton Marco Island Beach Resort & Spa has reopened for guests, in time for Thanksgivng and the upcoming winter season, following a 1.5-year $60 million renovation.(Photo: Lance Shearer/Special to the Marco Eagle)

The Hilton is open for business — including overnight guests.

It’s been a long and expensive saga, but after nearly 18 months, and $60 million, the Hilton Marco Island Beach Resort & Spa — which has been closed since June 2017 in the wake of an electrical fire and subsequent water damage — is once again welcoming visitors to the island.

The first five floors of guest rooms are open, and all 11 floors will be open, said general manager Steven Falciani.

The date for the hotel to reopen its guestrooms has been pushed back a number of times, with work initially scheduled for completion by the 2017-18 winter season; then this past March; then an unspecified date “in the summer.”

The project and scope of work kept growing, Falciani said. The entire hotel, including its 310 guest rooms and suites, meeting rooms, pool area and restaurants, was made over. The guest rooms were originally scheduled to be redone in 2018, so ownership made the decision, with the hotel already closed after the fire, to go ahead and do all of the renovations at once.

During the makeover, the floors of hotel rooms were stripped down to the wall studs, giving an unobstructed view through the buiding, said Falciani, as an example of how thorough the renovation has been. During the work, all interior partitions on guest-room floors were removed, water pipes and electric lines removed and replaced, and an entire new look put into place.

The result, said Falciani, will essentially be a brand new resort.

“This property has to be not just renovated, but completely redefined,” he said. “The owners are putting a lot into it,” with the final cost approximately $60 million.

Each room includes a pullout sofabed for overflow guests; wall art has been upgraded; and generous numbers of electric plugs, USB ports and charging stations will allow guests to keep their electronic devices humming.

“We’re thrilled to be reopening our doors to generations of holiday makers at the Hilton Marco Island,” said Olshan Properties CEO Andrea Olshan in a statement. “Having spent many of my own childhood family vacations at this unique oasis, the resort has a very special place in my heart.” Her father, Morton Olshan, originally built the hotel.

“Now, showcasing a refined boutique-hotel style design and amenities completely re-imagined for 21st century tastes, we’re excited to welcome guests of all ages to experience the exciting transformation of this cherished resort and to begin building their own long lasting memories.”

While the renovations were underway, the Hilton offered day passes allowing people to take advantage of the beach access, pool bar and restaurant. That program will continue on an “as available” basis depending on occupancy at the hotel, with the price up from $30 to $50. The Hilton’s spa will not reopen until after the Christmas holidays.

Reopening a hotel that has been closed for over a year is a challenge, trying to match staffing levels and procurement to a guest base that will not return all at once.

“It’s tricky — this is really a new opening,” Falciani said.

The hotel has held job fairs every two weeks, and is staffing up to match guest levels as the hotel’s rooms become available and occupied. It has positions available in management, front office, spa, recreation, food and beverage, housekeeping and engineering. With approximately 150 currently on staff, by January, the hotel expects to have well over 200 employees, Falciani said.

Hilton has been contacting past guests to let them know the hotel will be available, and 40 percent of the hotel’s business comes from repeat visitors. “They keep coming back year after year,” Falciani said. “Quite a few Hilton Honors customers stay in hotels everywhere, and then come here to cash in their points. They love Marco Island, and they love this hotel.”

After a period of years in which both of the island’s signature hotels were closed or partially closed, area merchants are ready to reap the windfall of spillover business.

The Hilton Marco Island Beach Resort & Spa shut its doors after an electrical fire, followed by a flooding incident, caused extensive damage to the building. The hotel reopened in 2018.