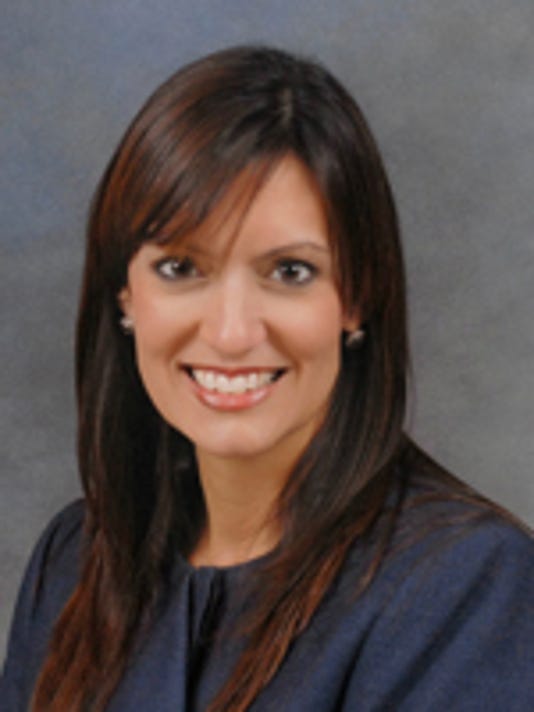 Rep. Jeanette Nunez, R-Miami, was chosen by Ron DeSantis to serve as his running mate on the GOP ticket as lieutenant governor.(Photo: Florida House of Representatives)

But the selection by DeSantis, who won his party's primary on the wave of President Donald Trump's repeated praise, brings to the ticket a Republican who has sharply criticized the president.

"Wake up Florida voters, Trump is the biggest con-man there is," Nuñez wrote in a tweet in 2016 during the presidential primary, when she backed U.S. Sen. Marco Rubio's bid against Trump. "#nosubstance #anti-Israel #supportsKKK #neverTrump VOTE @marcorubio #RUBIO”

The DeSantis campaign declined to comment on the lieutenant governor selection, noting he has until Thursday to announce the decision. Nunez could not be reached to comment.

“She is excited and very committed to put her heart into this endeavor like she has done so many times in her career,” said Galvano, who said he called Nunez to congratulate her on joining the GOP ticket.

A source close to the campaign who asked not to be identified confirmed the selection of Nunez by DeSantis.

In case you missed it: Andrew Gillum picks Chris King as running mate for governor

Nunez, 46,  has served in the state House since 2010 and recently served as speaker pro tempore under House Speaker Richard Corcoran, one of the most conservative House leaders in recent years, who considered a run at one time for governor.

Corcoran noted Wednesday on Twitter that the selection of Nunez by DeSantis "is the equivalent of him hitting a walk off grand slam in the little league World Series Championship. She is a principled, effective, brilliant, strong leader. Second to none."

The decision also comes a day after the first major post-primary poll shows the three-term congressman leading with Hispanics, which Nunez could help further boost with her ties to the Cuban-American community in South Florida.

DeSantis is expected to introduce Nunez to the public as his running mate Thursday during a GOP unity rally in Orlando, the same day Florida law requires the nominees for governor to select a running mate.

Democrats were quick to pounce on DeSantis' choice. Nuñez has "played a key role in Tallahassee's war on women and been a staunch opponent of working families. She voted for mandatory ultrasounds, to defund Planned Parenthood, and to restrict a woman's right to choose," said Terrie Rizzo, the chairwoman of the Florida Democratic Party.

Gillum has yet to make an announcement, but those close to the campaign said he is considering at least three women with legislative experience.

Election results: Florida and Collier winners in the Aug. 28 primary