Letters to the Editor, March 23

I would like to address the issue of response times for our ambulance service.

Letters to the Editor, March 23 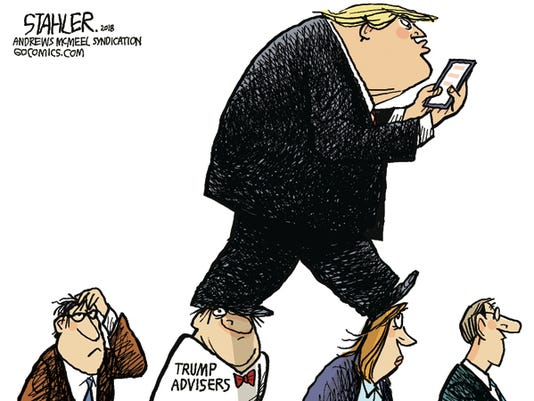 I would like to address the issue of response times for our ambulance service.

Collier County states that they meet the standard of an eight-minute response time 94 percent of the time on Marco Island.  This is second best in the County and much better than most areas in the County.

However, “the 94 percent response time” does not address several issues:

Finally, the County refuses to release “Delay in Transport” information when requested.

Our citizens deserve better.  When our first responders arrive at a scene in 4 to 8 minutes, and it is determined that the patient needs to be transported, it should be done immediately, without delay.

When an emergency happens, time is critical.

Regarding the letter to the editor by Judith Reich and the letter by Bill Klug.

If ever there was a time to know where one could go to purchase a gun and get training on proper care and how to handle it, it is now.

The values held in our culture have degraded to the point where respect for your neighbor, civilized behavior and respect for life have become arbitrary. The government and law enforcement have demonstrated that they cannot protect us. It is incumbent upon the individual to protect themselves and their loved ones.

To those who think making a law against gun ownership will stop someone wanting to kill, think again.  The means to kill will always be available, whether by gun, vehicle, machete, bombs, toxins, Russian nerve agents and other means to numerous to list. Drugs are illegal and drugs are easier to obtain than clean drinking water. It is our responsibility as a society to be proactive and when we see someone suffering from mental illness, being bullied, behaving in a manner that appears threatening, we need to do something and law enforcement and our elected representatives need to take appropriate action and be willing to hold individuals and groups accountable for their actions.

Will affordable housing ever come?

I moved to Naples to be close to my daughter, who is a single mother, and her daughter. She is a fifth-grade teacher with a master’s degree and was informed there would be affordable housing coming for teachers, police officers and firefighters. We know that hasn't really happened.

In the Naples Daily News on March 7, it was reported that six of the world's richest people call Southwest Florida home. Two of them live in Naples and are billionaires.

Our teachers are some of the lowest paid in this country and yet Naples is one of the richest cities in the USA. Except for a few private schools, where do these rich people educate their children?

My daughter teaches in a Title 1 school, where some of the children in her fifth-grade class barely speak English. Her daughter has a life-threatening disease and my daughter spends a lot of her meager salary, with insurance, for medicines this child needs.

Please tell us when, if ever, the "affordable" housing is coming? New homes and condos are being raised all the time and even though my daughter is an Air Force veteran, few, if any, will let her use a VA loan.

Who do we get in touch with to help with these concerns?

How to ID local residents

Someday I'm going to sell my house here in Ohio and move to Florida where I can drive 20 or 30 mph over the posted speed limit and not have to worry about getting caught.

And when somebody going the speed limit gets in my way, I'll ride their back bumper until I get a chance to pass them. Then I'll flip them the bird as I go by. That way everybody will know I'm a local resident.