Letters to the Editor, June 22

It’s not really laughable to sometimes witness why Marco Island’s City Council is often regarded as a comedy.

Letters to the Editor, June 22 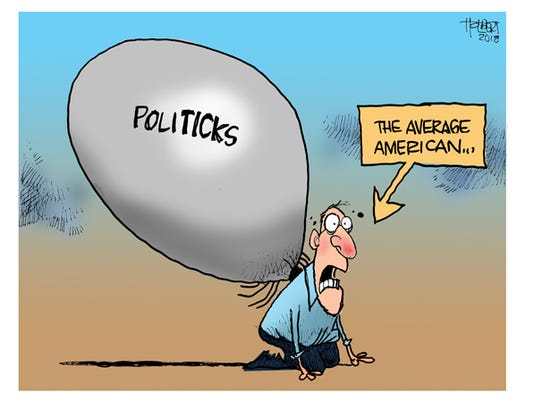 It’s not really laughable to sometimes witness why Marco Island’s City Council is often regarded as a comedy. Example: A City Attorney is employed to guide, counsel and represent the city in all legal matters. He or she is supposed to ensure that the city’s legal interests are not compromised. In legal matters, the city attorney works to prevent legal surprises for the city leadership and to protect the administration against indefensible legal entanglements. That’s the theory.

Anyone remotely familiar with the current debacle regarding Marco’s former city manager assaulting a female school principal and the subsequent incoherent involvements of Councilors Honig and Grifoni, (and, by extension, Marco’s City Council), will reasonably conclude that Alan Gabriel’s legal guidance as Marco’s City Attorney was, well, less than spectacular.

Here’s comes the comical part: At the June 4 City Council meeting, the reasonable motion by councilors Batte and Brown to have Mr. Gabriel replaced by a different attorney from his parent law firm was defeated … (ready?) … in the interest of continuity and stability! So, according to this reasoning, if you happen to be on trial (say, for your life), and your lawyer is doing a careless job of defending you, it’s smart to keep him/her on the job for the sake of “continuity and stability” than to get a different attorney!

If you hire a housekeeper to keep your home tidy but the house becomes severely disordered, do you keep the employee for the sake of “continuity and stability?” I think not.

If, as the motion stated, a replacement attorney were requested and assigned to Marco from the same parent firm, (as opposed to searching for an entirely different law firm), continuity and stability would not be dramatically compromised. Plus, since associates of any given firm usually aren’t clones of one another, Marco might receive a more suitable legal advisor. Managerial intellect doesn’t normally ignore, tolerate or continue incompetence, right? On Marco Island, it does.

Councilor Honig, do something

Back in January 2016 Councilman Honig was seeking consensus from council on preparing a position paper to reduce water and sewer rates and water and sewer debt on a future agenda. All seven council members were in favor. The item was on the future agenda until May, 2017. To date he has done nothing.

Wait; in 2017, at Councilman Honig’s request a Water and Sewer Utilities Option Committee be formed and they were. They were given ideas by Councilman Honig as to how they should go about doing their investigative duties to solve the Utility problems.

The committee came back with six findings that were presented to City Council for their appropriate action. To date, the only action that I know about is the refinancing of Utility Debt.

The last consultant’s (Raftelis Financial Consultant’s, Inc.) which was slightly modified, eliminated Class of Customers, resulting in one class of customer. It was based on an Equivalent Dwelling Unit (EDU) value of 5,100 gallons of water consumption. For every 5,100 gallons of water usage each customer would pay a demand charge, plus a usage charge per 1,000 gallons water. The demand charge is the same for every customer and per 1,000 gallons of water used would be charged the same for every customer. The same will apply to the Sewerage demand charge. For single family homes, they would be required to install a water deduct meter, which determines the amount of water they use outside their home. Every master metered customer has a deduct meter.

This methodology eliminates class of customer arguments, since every customer pays the same based on consumption.