Letters to the Editor, August 10

I am voting “yes” on the Marco Island ambulance referendum because we cannot trust Collier County to deliver on its promises.

Letters to the Editor, August 10 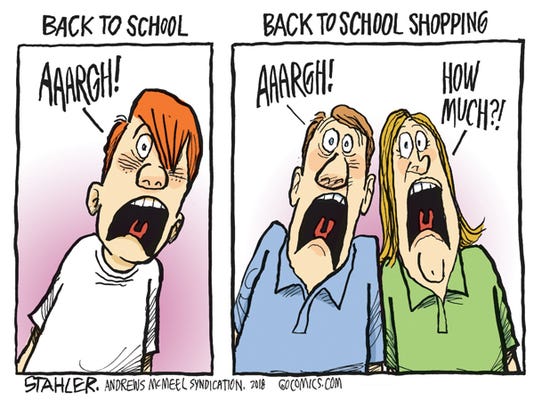 I am voting ‘yes’

I am voting “yes” on the Marco Island ambulance referendum because we cannot trust Collier County to deliver on its promises.

When (not if) the county moves to consolidate fire and EMS in a massive county-wide bureaucracy, Marco Island will get stuck paying higher taxes! Collier County desperately needs Marco Island’s tax base to support the heavy debt burden and EMS expansion across eastern Collier County. If you’re unsure about how to vote then ask yourself the following:
“Is this the same County EMS that took away 14 drugs from Marco Island Fire certified paramedics, preventing them from giving live-saving drugs to those suffering from a heart attack, stroke, or allergic reaction?” Yes.

“Is this the same County EMS that took away the only ambulance stationed on Marco Island leaving us without an emergency transport during Hurricane Irma?” Yes.

“Is this the same County EMS chief that has said on the record that she would pull the ambulance from Marco Island again in a future storm situation?” Yes.

“Is this the same County EMA chairman that wants to raise Marco Island residents’ taxes for the bare minimum services we get right now?” Yes.

“Is this the same County that uses Marco Island as a piggybank for County projects and services and gives a fraction back?” Yes.

Which scenario would you prefer?

You are experiencing crushing chest pain from a heart attack and can barely breathe. Marco paramedics arrive in four minutes or less, give life-saving meds as needed and transport you immediately to a hospital.

Or Marco paramedics arrive, do chest compressions, then stand around another five minutes waiting for Collier County paramedics to arrive.

Sure, Collier County tells us their response times meet the standard.  That’s because Marco paramedics arrive first and that bolsters Collier’s response times.

If I am having a heart attack, I want faster response and transport times. I prefer sooner over later any day.  I am voting YES for the COPCN.

It is pointless to name a medical director until the COPCN has been voter approved. It would be reckless to appoint a director until an advisory panel of medical and business experts has been established to thoroughly review and vet all applicants.  The advisory panel would recommend an individual who has a proven successful background in emergency medicine and one who will answer to the needs of Marco Island citizens.

Ambulance service for Marco Island is not something that will happen overnight, nor should it.  Time and careful planning are critical for transitioning control from the County to the City’s future medical director who will effectively manage Marco’s emergency medical service.

A bonus for us, there is already an inter-local agreement in place with the County.  When needed, Marco will back the county, and the county will back Marco Island.

To qualm a previous writer’s concerns, the medical director appointment would be a lifesaving appointment. There is absolutely no place, nor should there ever be, for a political platform when seeking quality lifesaving emergency medical service that will provide Marco Island with faster response and transport times.

I have confidence that Marco Island will hire an excellent medical director. I am voting yes for the COPCN. I believe it could save my life and my life is worth paying an extra $2 a week.

Focus on US first

Who works in supermarkets, hospitals, pharmacies, etc., is crucial to the safety of our food and medical care. Presidents and law enforcement officials don’t seem to be concerned until a complaint is filed regarding these areas. They should know how criminals and other terrorists work before complaints are filed. Not everyone reports to law enforcement or to the president. This sight comes from God or intuition working in someone.

When criminals play political leaders or law enforcement they don’t use intuition, they use “smarts.” Criminals depend on a smart, deceptive way to keep themselves in control. But they contradict their performance when it’s obvious intuition doesn’t work for them.

The medical field and shopping areas are a playground for crime and terrorism, yet they run themselves until law enforcement proves with rare evidence that they commit crimes in these positions. You don’t usually hear about Jane Doe dying from medication or John Doe in the hospital from food poisoning.

The fact of the matter is that people are no good when God isn’t working in them.

I have been reading the letters to the editor about the customary use (beach bill) law recently passed by the Florida Legislature. Since I live on Marco Island and the beach is very important to me, I became concerned by the comments in the letters that the bill privatizes the beaches in this state. So I decided to find out all I could about this new law.

I first contacted Florida Realtors since I’m a member. Florida Realtors has a good explanation of the bill on its website. It says that public access to Florida’s beaches is not cut off under the new law and that the law only changes the process a local government would follow to adopt a customary use ordinance in order to expand public access to private beachfront property. That seems to me to be a good thing, which would actually increase public access, not close it.

I also read the bill. There is nothing in the bill at all about privatizing the beaches or blocking public access.

I’m not sure where all the negativity in the letters comes from, but I suspect it’s a political ploy to disparage our Republican-led Legislature in this highly contentious election year. So, to anyone who has concerns about beach access, I suggest you read the bill itself. It should set your mind at rest.