Letters to the Editor, Oct. 16

Not everyone has what it takes to be involved in politics, especially on Marco Island.

Letters to the Editor, Oct. 16 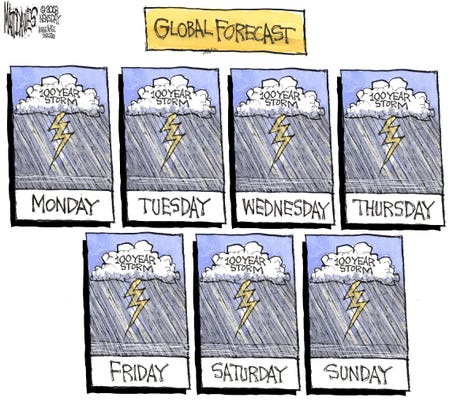 Not everyone has what it takes to be involved in politics, especially on Marco Island. The voters here are very intelligent and intuitive and expect their elected representatives to be honest, trustworthy, remain under control when faced with adversity, to demonstrate good judgement and represent their best interests as much as possible.

Jerry Swiacki has repeatedly demonstrated that he falls short of meeting the above “litmus test.” You can see his recent videos (www.marcopolitics.com) accusing Marco Islanders of running a “smear campaign” against him. A smear campaign is only when a candidate is being accused of doing or saying things that are not true. In 2016, he advocated the construction of a high-rise hotel adjacent to Veteran’s Park.  And when he realized that this position was a ticket to defeat, he totally flip-flopped his position. And let’s not forget his tax and spend ambulance campaign.

A complaint has been filed against Jerry Swiacki with the Florida Election Commission alleging multiple campaign/election law violations. He cannot even manage his own campaign, let alone be on Council.

Good friend/good person, perhaps. I do not know. But I do know that the facts show that Jerry Swiacki is not fit to serve on our City Council. Please do your own research. No smear, just facts!

Why I am running for City Council?

Because, I am committed to Marco Island and there are unfinished business and I believe I can make a difference.

In my four years on City Council I initiated or helped:

Approve the “School Resource Officers Program” to protect our schools.

Increase the council’s involvement in better storm water management to improve the cleanliness of our waterways and beaches.

There is unfinished business; namely:

Typically, candidates make promises during the campaign that they cannot or won’t keep. I am proud that I have fulfilled my promises, that I have a verifiable track record of performance. Unlike other candidates who “promise” I have “walked the walk and talked the talk” and, simply put, have “made promises and kept promises”

I humbly ask Marco Island voters to re-elect me so that I can complete the critical tasks outlined above.

In a few short weeks we will be voting to fill three vacancies on the City Council. There are five candidates vying for these seats, all of whom I acknowledge for their willingness to serve our city.

However, of all the candidates, there is only one with 14 years of prior municipal government experience that will most benefit our city and that is Erik Brechnitz. He served as mayor of Decatur, Ill. for four years; prior to that he served 10 years on the city council there.

Brechnitz is the current chairman of the Marco Island Planning Board, having been voted as chairman for an unprecedented second term.

Brechnitz brings the qualified experience our city needs at this critical time in our city’s history as we look to hire a permanent city manager to guide our city. This is the most important task that our next council will have to undertake.

As the Mayor and Councilman of Decatur, Ill., Brechnitz was involved in hiring two very successful city managers.

In addition, his professional career has been in the financial services industry, where he acted as financial advisor for numerous municipal financings.

That expertise gives him a unique understanding of municipal accounting, which will prove very valuable for Marco Island taxpayers, particularly during the budgeting process Let’s take advantage of all his experiences and move our city in a positive direction.

I suggest you visit his website: ErikforMarco.com, to learn more about what he offers and when it comes time to vote, vote for the experienced voice that Marco Island deserves and vote for Brechnitz.