Letters to the Editor, Nov. 2

Letters to the Editor, Nov. 2 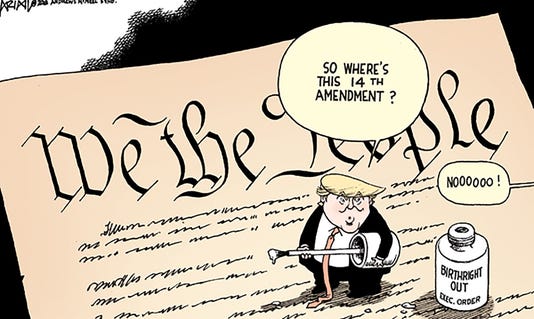 Have any of you looked at the convention center Marriott now that it’s completed?

Did Marco Island really need a 140,000 square foot convention hall that can accommodate 6,000 plus people with its loading docks and service entrances facing on Collier Boulevard, the premier gateway to our island? To me, it’s a questionable example of urban planning, and a failure to control growth and density. Most residents of Marco will never use the facility, much less see the inside of it.

Now to the ALF. While perhaps not as massive, do we really want to lose one of the last open spaces on Marco Island? The developer isn’t building it to be nice to Marco, it’s because he expects to make a profit, development fees and to someday sell it for an even bigger profit. Sure, some Marco residents may end up there, but do you really think all the proposed units will be filled by Marco residents? If it doesn’t work as an ALF he’ll think of other uses to fill it up, some of which may not be desirable or compatible to Marco Island.

I urge the planning board and council not to support the project. If you really think Marco needs it, hold a referendum and see what the citizens really want. It’s at least as important issue as the ambulance referendum. The citizens of Marco deserve a chance to make their voices heard.

A better future for Marco Island

I am running for City Council because I want a better future for Marco Island.

I discovered this Island paradise in 1970 and with my supportive wife Sheree and will do everything I can to protect it. I have a proven record of working with others, not against them, of getting problems solved, not ignoring them. Of focusing on solutions to problems, not placing blame.

Do I have a special focus? Of course – water quality. No one has the experience and dedication on this issue like I do. I have working to bring attention to this issue for years. Our island boasts six miles of beach and 100 miles of waterways/canals. 85 percent of single family homes on Marco have water access. Our businesses are dependent upon the beaches and waterways staying beautiful and pristine. For years, our waterways have been in decline and have been ignored.

If elected, I will immediately go to work to address these issues with science-based solutions.

I’ll apply that same passion and dedication to all issues facing our island and for helping our citizens.  I am a fiscal conservative that believes in balanced budgets that addresses current and future needs with particular emphasis on infrastructure and waterways. I want to see us hire a qualified, experienced City Manager immediately. I want to see us dig into the budget, which has not been done by City Council for 6 years and I want to see us work with Collier County to get our fair share of tax dollars. Early voting starts on October 25th. Please vote for me so we can work together for the best interests of our Island community.

Iguanas, we must stop them

Hello. I'm writing in concern about an article this week about the iguanas on Marco Island. I wanted to add to the story and its importance.

I also have a place in Fort Lauderdale and we have had iguana problems for years. They tunnel in yards and multiply very rapidly and in large numbers. As far as their diet, they will eat most any vegetation. Farmers and homeowners all need to be concerned about them. They strip plants of all their leaves, bougainvillea is one of their favorites. They are legal to kill, but humanly and they should be. They pose no physical threat but homeowners will not be happy if the population gets any worse. We must stop them now. Just wanted to add to my thoughts.