Letters to the Editor, Jan. 8

Councilors, with the recent hiring of professional Interim City Manager David Harden, Marco is finally emerging from an embarrassing situation.

Letters to the Editor, Jan. 8 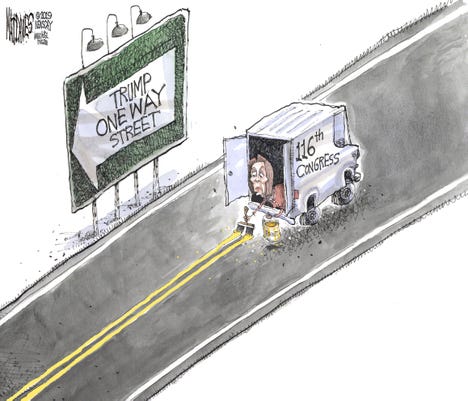 Councilors: I am using this newspaper venue, instead of the “public comment” segment at a City Council meeting, hoping for a more positive reaction than the typical “Thank you … next?”

Councilors, with the recent hiring of professional Interim City Manager David Harden, Marco is finally emerging from an embarrassing situation. The missteps you made when seeking an interim city manager have value only if you prevent repeating them in the future. An excellent step would be revising your rules of procedure to: define the distinctions of “city manager,” “acting” city manager and “interim” city manager.

Explain how an “acting” city manager is to be selected. Clarify that a majority vote, (four, not five, of seven councilors) is required to hire an interim city manager.

You mistakenly believed that a super majority of five votes was required to hire an interim city manager. That’s incorrect. Remarkably, only one councilor, (Roman), was sufficiently familiar with city bylaws to point out that only four votes, not five, were required to hire an interim city manager. The rest of council unfortunately chose to ignore the assertion. You continued the misconception three times into their predictable failures.

Councilors, you’ve an obligation to have this misunderstanding of procedure recorded for the benefit of Marco’s posterity. Procedural mistakes, though understandable, should not be allowed to become precedent. Will you honor that responsibility?

Having just returned to Naples, I read that the issue of housing affordability has still not been effectively addressed.

The simplest and most direct way to address this is to reduce or eliminate the impact fees required to build new housing in Collier County. For example, the impact fee for apartments, among the most affordable types of housing, is $16,531.21. For mobile homes, also a more affordable option, the fee is $24,793.78. And the ultimate cost to the buyer is almost certainly more because the homebuilder bears the risk of carrying these costs until the home is sold.

Until the county addresses its high impact fees, the lack of affordable housing will continue to be a perennial issue.

Doesn’t want to be hospital statistic

Dr. Allen Weiss, president and CEO of NCH Healthcare System, justifies his new pilot admission policy by showing how he has been able to lower patients’ 30-day readmissions.

Well, according to a study published in the Journal of the American Medical Association on Dec. 25, there is a statistically significant association between lower readmission rates and increased postdischarge mortality. The study followed 8 million Medicare patients between 2005 and 2015. This is not considering that at NCH, it will be a strange, hospital-employed hospitalist doing the admission instead of our own chosen physician, or team.

It seems to me this admission policy is a danger to all of us. On one side it will take our choice of physician and mandate a new one on us, and on the other side we will become statistics of lower length of stay and lower readmission. I do not want to be a Weiss statistic. I am a patient with multiple medical problems and all I want is to get the best care possible if I need an admission.

I am an experienced bicycle rider and for several years enjoyed riding the pleasant, little-trafficked streets in my neighborhood, always wearing a helmet. I was in good health — or thought I was.

One Sunday, I stopped at an intersection, looked both ways, saw no traffic and made a left turn. My next memory was lying on the roadside with an emergency medical technician shaking me gently and asking, “Can you hear me? Are you all right?"

I was taken to the emergency room for repair of a broken collarbone, ribs and more.
Had I not been wearing a helmet, I would not be writing this today.

Bike riders: Wear a helmet, if not for you and your family’s sake, to be an example to the kids.