Letters to the Editor, March 8

Rep. Alexandria Ocasio-Cortez’s socialist ideology is a myth. She needs to educate herself on the history of socialism.

Letters to the Editor, March 8 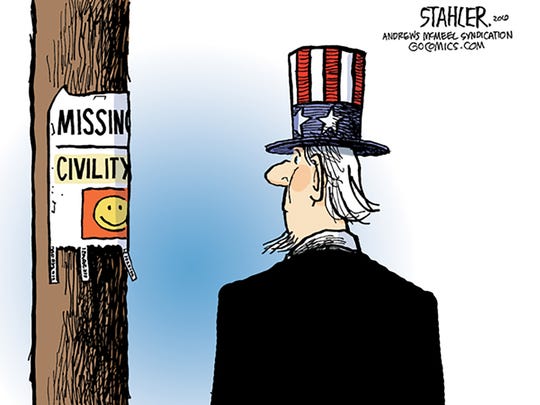 Rep. Alexandria Ocasio-Cortez’s socialist ideology is a myth. She needs to educate herself on the history of socialism. Some 40 countries have tried this failed system. Her approach is to present a new democratic socialism with a smiley face. She and the left think that they will finally make socialism work, because they are smarter than those who have tried to implement it before. If only voters will vote for them the power.

An ideology of tyranny, resulting in millions of people collectivized into a cycle of poverty and material scarcity. The latest example is the country of Venezuela. Once the wealthiest in Latin America. Venezuela's road to serfdom, began with good intentions. Socialism's redistribution of wealth was the false promise to make life better for the people. We now know how that worked out.

Countries are moving away from command and control economic policies. Norway, Sweden, Denmark and Holland are examples in Europe. In South America, Argentina and Brazil are freeing themselves from socialism. They are all reversing course, replacing with outcomes that work. Democrat Socialism is not democratic, not when the government takes your freedoms away and decides your fate.

The time is now that the portion of Collier County surrounding Naples must become a city. You may have noticed, this no longer is the once rural expanse of farms and orchards surrounding Naples, but sprawling growth managed from the view of entitlement to development.

Not that development itself is bad, but lack of vision enables this sprawl. It is not too late, and in fact, now is time to envision that city that we shall become.

Envision attractive commercial and residential districts within a regional network of parks all linked by handsome parkways, boulevards, and pedestrian-friendly streets.

There will be the naysayers, of course, while the current pattern of growth neither envisions nor leads Collier County to becoming that great city. Local leaders must take urban planning seriously and employ those capable of creating not just growth and efficiency, but to create the enduring quality of a vibrant and beautiful city that all will admire.

I read with great interest the letter to the editor refuting a statement made by one of our commissioners to not purchase the Golden Gate golf course because he believed it would be a money-losing proposition.

Where did he get his information?

Dennis, Mass., makes a profit of over $700,000 annually on its two courses, so stated in his letter.

One course, Avon Fields, was built in 1924 and is still very popular. That’s how you keep green space in an existing neighborhood.

Those players are our tourists in the winter looking for a reasonable price to play golf. For all the great facilities our parks and recreation division has built in the county, the one thing missing is a municipal golf course.

Public education in Florida while maintained and controlled by state and local authorities has never been totally funded with local dollars. To suggest that Florida public education become a "local" solution is as uneducated as to believe that the city of Naples is landlocked in the Mojave Desert.

Arbiters of educational excellence have always held higher standards for themselves and their students.  Social and economic factors shaped Florida public and private schools, colleges and universities before they became prestigious educational institutions.

These factors are still major contributors to unequal education in the state and each of the 67 counties.

The educational tragedy is that the state of Florida and other states have received trillions of federal dollars since the Elementary and Secondary Education Act of 1965 was enacted to improve the educational opportunities for deprived children.  Florida received some $9 billion last year.

Directing federal dollars and dollars from Florida's property taxes to school districts have been unsuccessful for 54 years. Federal and state dollars go directly to public colleges and universities in the United States. Private schools receive direct dollars as well. Why not send federal education dollars directly to Florida elementary and secondary schools?