Letters to the Editor, April 10

Kudos to Devan Patel for his intrepid reporting of the major issues affecting Marco Island.

Letters to the Editor, April 10 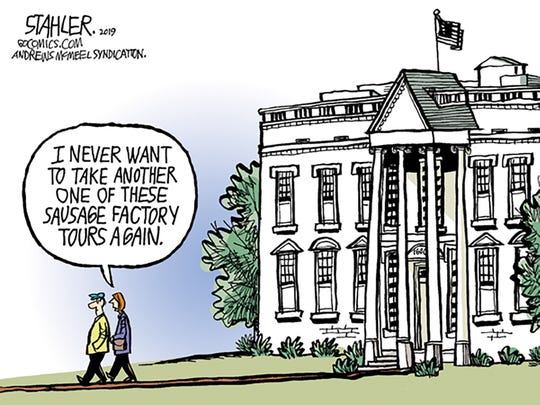 Kudos to Devan Patel for his intrepid reporting of the major issues affecting Marco Island. I look forward to his objective, fact-based reporting on everything from clean water to the police scandals that have rocked our island the past couple of years.

Unlike the paper I grew up reading in New Jersey whose byline claimed it covered "all the news that is fit to print," Devan Patel actually does, and does it well. Please give him a nice raise and continue to allow him free reign to report the news on Marco Island in his fair and thorough way.

I write in response to opinion piece authored by Larry Honig and published in the Marco Eagle on April 9.

As a full-time resident of Marco Island for more than 20 years, I have witnessed both the benefits and perils of small town politics and government. Mr. Honig’s opinions regarding the “Keep the Chief” citizen’s movement recently published in an opinion article represent a new low.

Mr. Honig needs to be reminded that he was elected by the very citizens he insults in this article. It is his elected responsibility to “act with decorum toward other councilors, staff, and all citizens … [to] recognize that the city’s mission statement provides for prompt and courteous service to all” (www.cityofmarcoisland.com/citycouncil/page/rules-procedure).

As has become characteristic of his behavior, Mr.Honig has not investigated the purpose of “Keep the Chief” supporters. He has not considered their concerns, reviewed the facts and materials that inform these citizens or treated their concerns with the courtesy his position mandates. Instead, he has offered opinion at the expense of reasoned and verified fact. He has added to the contentious relationship that exists between those elected to govern Marco Island and the actual constituents they serve.

The use of his elected position to chastise those who support the chief of police on Marco is inappropriate, at best, and perhaps reason to call for his resignation.
The decision to retain a professional who has helped make Marco Island one of the 10 safest places to live in Florida should be made by a full-time, informed city manager – not an interim who has no long-term interest in the island or its citizens.

Proponents of “Keep the Chef” are grateful for the dedication and work of the MIPD. We recognize the ongoing service they provide to all who enjoy the island. To suggest anything else is not only ill-informed but illustrative of the contempt Mr. Honig holds for those who do not support his political agenda. The citizens of Marco Island deserve better.

The recent attack piece by Councilman Honig is an embarrassment to our community and the entire City Council. To have him continually attack the police chief that our community holds in high regards shows he has no grasp of reality and has dishonored the vote that residents gave him and should step down.

He gathers his information from disgruntled former employees, while the chief deals with cleaning up a mess left to him by a former administrator of the department.

Maybe Mr. Honig forgot that he and the last disgraced city manager had their plans exposed to hold their secretly planned Valentine’s Day Massacre to dismiss hardworking employees of the city he didn’t agree with. If anyone needs to resign, its Honig.  You’re an embarrassment to one of the best cities in the state.

Al Schettino has served with distinction and professionalism, while others have sought to undermine his authority. Schettino continues to rebuild the police department and return integrity to its operation.  The command staff in place are doing a great job and the officers on the beat are some of the best in our area and are under paid.

No wonder Honig and others relentlessly attacked Gil Polanco, our former interim manager, who by all accounts was doing a great job. By doing so it allowed them to put in place their own person to do their bidding. Two months on the job and a temporary manager is forcing the departure of a dedicated 10-year employee with decades of law enforcement and administrative experience. How could that be, if it was not orchestrated behind closed doors and in the shadows. What a disgrace.

Mr. Honig do the entire community a favor and resign.

Our voices should be heard

Mr Honig: While I am on the Board of Directors of the Marco Police Foundation, I write this letter to you as a disappointed citizen. I made my views about our chief of police and police department clear in an article published in the Naples News a few weeks ago.

I write this letter due to my disappointment with you as a council member. I had friends of mine walk up to me yesterday and state that what I told them was not true about the "Keep the Chief" signs. I asked them were they heard that the MPF paid for and distributed these signs and they brought me the [guest commentary] in the Marco Eagle. I can tell you I attended these meetings and the MPF did not pay for these signs, nor where they distributed at an MPF board meeting.

You have insulted my integrity and many others. You should really apologize. Your agenda is obvious, at least be decent enough to be honest.

Perhaps you should worry less about where the signs came from and focus more on the fact that our chief and the MIPD have so much support from the citizens of this island. We elected you and the other council members and our voices should be heard.