Letters to the Editor, June 11

Letters to the Editor, June 11 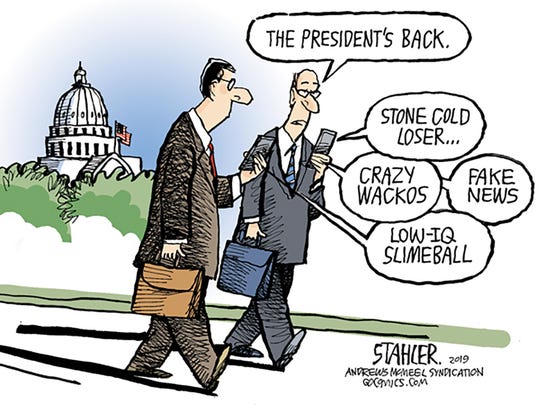 Ed Issler dismissed the fact that 60 percent of voters approved medical marijuana on Marco Island. According to him, that does not mean that these citizens want easy access to this medicine by way of a dispensary.

He also dismissed all the studies that have been cited, all the patients', caregivers' and doctors' testimonies at last Monday's council meeting who spoke in favor of having a dispensary on Marco Island.

That’s because he doesn’t care about the wishes of the majority of our island's residents. The suffering of our citizens is meaningless to him. He wants to be able to drive around Marco Island's roads, cross back and forth over our bridge and move about freely and unencumbered while denying the rest of us that same privilege. I guess cannabis patients are second class citizens in Mr. Issler's mind. We are an inconvenience that shouldn't be allowed because we don’t fit into his agenda.

Perhaps we should ban the island Walgreens too. We can’t have people driving around picking up their pain killers and diabetes meds clogging up traffic. Let’s ban the bars and liquor stores too while we’re at it.

Never mind that we have cancer patients, disabled veterans and citizens in debilitating pain. We aren’t allowed to have an easily accessible island dispensary, where we can sit down and consult with experts to discuss options and treatment plans. We have to get our medication “delivered." All because Ed Issler says so.

A PHD at Rutgers University recently said, “Hypocrisy is a special case of cognitive dissonance, produced when a person freely chooses to promote a behavior that they do not themselves practice.”

Dear City Council member: I would like to address some of the concerns that were raised during the most recent City Council meeting regarding medical marijuana treatment centers on Marco Island.

This is the link to Tikun’s research page: https://tikunolamusa.com/research/. Tikun is an Israeli company who has been studying medical marijuana for over 14 years. Their products are available in Florida at Vidacann dispensaries and backed by scientific evidence. Their studies show medical marijuana is a safe and effective treatment for many conditions. It is my hope that the United States will soon deschedule marijuana so we can join other countries in paving the way to the future of medicine.

Chair Brechnitz is also concerned about medical marijuana dispensaries becoming recreational when Florida passes recreational cannabis laws. Since dispensaries are treated as pharmacies according to state law, recreational dispensaries will need their own category and their own set of rules. Currently, Florida doesn’t have the supply to support recreational use. Those “huge” greenhouses are not producing enough to keep patients supplied. The dispensaries are regularly out of medication. Curaleaf, which has been mentioned in many articles, has an extremely limited selection and supply. I don’t even bother checking their website anymore because they never have what I need.

Many people have brought up delivery as a perfectly acceptable alternative to a dispensary. When a patient goes to a dispensary for the first time, they sit down with someone who has been trained to assist them in finding the best medication. Each time a patient goes to the dispensary, they are given the opportunity to discuss what’s working and what’s not and receive suggestions for adjustments. The dispensary employees explain to patients how to use the medication, much like the service you receive at any pharmacy. When they place an order for delivery, they must select their products without this guidance. It is unfair to expect your residents to either drive to Bonita or go without this wonderful service.